Protecting IP with Tariffs: A Recipe for Cronyism Costumed as Ethical Law Enforcement 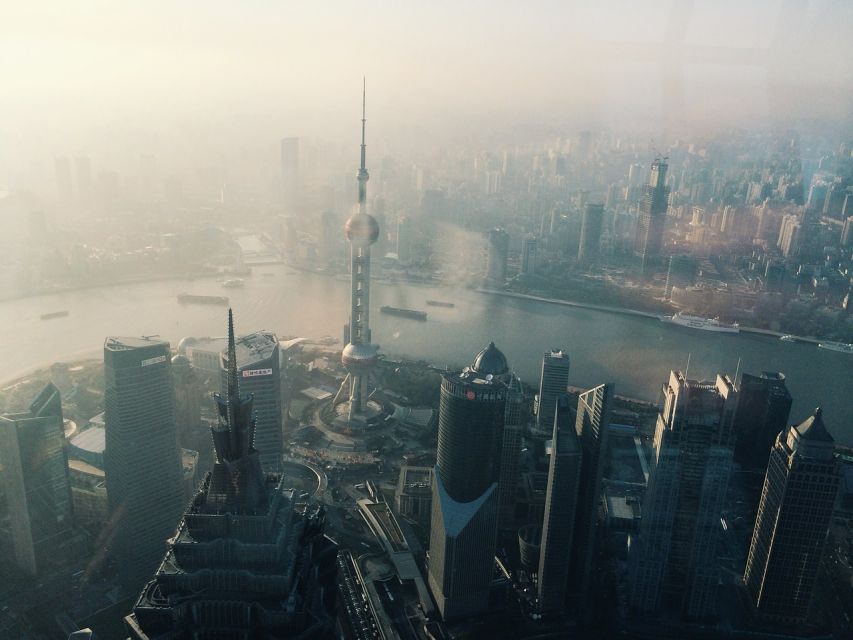 I responded by expressing skepticism that the president and his team of dyed-in-the-wool protectionist advisors are really very concerned about intellectual-property theft. After all, the World Trade Organization’s procedure for settling intellectual-property disputes is mostly ignored by the Trump administration. The number of such complaints that the administration has so far brought to the WTO is a whopping one.

If the administration’s main concern were really to reduce such thievery, it would first bring these disputes to the WTO, rather than taking as its first step the indiscriminate imposition of punitive taxes on Americans’ purchases of Chinese-assembled goods. American consumers, after all, are not the IP thieves.

Calling the WTO “feckless,” Moore dismissed this suggestion as impractical. But he’s mistaken. China’s record of compliance with WTO rulings not bad. Also, the impression that Steve conveyed of the Chinese being utterly cavalier in seizing whatever intellectual properties they fancy is simply mistaken.

Here’s what my Mercatus Center colleague Dan Griswold and I wrote in a recent paper on this topic::

In 2017, according to the US Department of Commerce, China paid $8.7 billion to US companies for the use of IP. That is more than a 10-fold increase from what Chinese companies paid in 2001, before China joined the WTO. China ranks fourth among nations in IP payments to the United States, behind only Ireland, Switzerland, and the United Kingdom. China’s IP payments to the rest of the world have also risen sharply. According to analysis by Nicholas Lardy of the Peterson Institute for International Economics, “China’s payments of licensing fees and royalties for the use of foreign technology have soared in recent years, reaching almost $30 billion [in 2017], nearly a four-fold increase over the last decade.”

The claim here is not that China’s record at honoring all of the rights to intellectual property that are established in other countries is pristine. Rather, the claim is that China’s record on this front, being nowhere nearly as bad as the Trump administration and its supporters portray it, doesn’t begin to justify Uncle Sam’s current fusillade of tariff fire.

There are other reasons to be wary of Pres. Trump’s invocation of Chinese IP theft as a justification for his tariffs.

One is that much of what is classified as Chinese IP “theft” is an in-kind tax imposed on non-Chinese companies seeking to do business in that country. To gain access to China’s vast internal market, Beijing sometimes requires foreign companies to divulge their IP secrets to the Chinese. Companies that choose to do so expect that the value to them of operating in China will prove to be worth more than the value of the IP that they are thereby required to divulge. In contrast, companies that refuse to divulge their IP secrets do not have their IP stolen or otherwise compromised.

This in-kind tax is indeed unfortunate – mostly for the Chinese people whose living standards it keeps lower than otherwise by discouraging some firms from setting up shop in China. But the IP divulged in response to this tax is no more stolen property than is the cash that these and other companies pay as tax revenues to Beijing (and, by the way, also to other governments, including Uncle Sam) for the privilege of being allowed to continue operating.

Yet I don’t doubt that China is home to some IP theft that is indeed genuine. Apart from bringing complaints first to the WTO, what should be Uncle Sam’s role in dealing with this theft? I think almost nothing.

A good deal of such theft is not obviously damaging to the companies whose IP is stolen, which might be one reason why some companies are willing to divulge their IP as a price of doing business in China. Many creative ideas of the sort that receive patent protection from the U.S. government do not automatically turn themselves into valuable goods and services. A large and complex infrastructure – both private and public – is often required for the ideas protected by IP law to have value.

The information protected by a patent on, say, a complex piece of industrial machinery that is highly valuable to a U.S.-based firm with access to skilled and experienced labor to build, repair, and operate this machine – as well as to the tools that make these tasks economically viable – might be of very little value to any Chinese-based firm.

Additionally, knowledge of the mere mechanics of how to build such a machine does not guarantee access, at economically acceptable prices, to all of the raw materials and intermediate inputs that are required for the machine to produce valuable output.

When the matter is explored carefully, little justification is found for Uncle Sam’s involvement at all. This reality is revealed by exploring a claim about Apple that Steve Moore made during our debate. Steve said that China is saturated with electronics stores falsely portraying themselves as Apple Stores. Any such trademark theft is indeed unwarranted and ought to be stopped. Yet no one has a more powerful incentive to combat this theft than does Apple.

Throughout China, in addition to making a great number of e-commerce sales, Apple operates more than 50 real Apple stores. In 2018, sales in China brought in for Apple $51.9 billion, which is 20 percent of Apple’s total revenues. Also, of course, a great deal of assembly of iPhones and other Apple products – products for sale both within and outside of China – takes place in China. I’m unable to find reliable figures for how much taxes Apple pays in China, but this company’s presence in China is most certainly valuable to the Chinese – as consumers, as workers, and as government officials.

The first step in stopping such theft should surely be Apple itself bringing suit within China, or otherwise seeking the cooperation of Chinese authorities. If this step fails, the next step should be U.S. government recourse to the WTO. Only if this second step fails should the discussion even begin about other possible actions by Uncle Sam.

And even then it is not at all clear that higher tariffs on American purchases of imports from China would be justified either economically or ethically. To trust the U.S. government to impose tariffs at home as it acts as an enforcer for private companies that choose to operate abroad is a recipe for cronyism costumed as ethical law enforcement. I cannot muster such trust.

Donald J. Boudreaux
Donald J. Boudreaux is a senior fellow with American Institute for Economic Research and with the F.A. Hayek Program for Advanced Study in Philosophy, Politics, and Economics at the Mercatus Center at George Mason University; a Mercatus Center Board Member; and a professor of economics and former economics-department chair at George Mason University. He is the author of the books The Essential Hayek, Globalization, Hypocrites and Half-Wits. He writes a blog called Cafe Hayek and a regular column on economics for the Pittsburgh Tribune-Review. Boudreaux earned a PhD in economics from Auburn University and a law degree from the University of Virginia.

Intellectual Property in an Innovation Economy

Ayn Rand’s genius was to recognize that man’s mind is his basic means of survival, that production is the application of reason to the problem of survival, and thus that all property is logically intellectual property at root.

Why We Don’t Want to Import Weak Intellectual Property Systems

Trump has been a champion of protecting U.S. innovators from the theft of their inventions by foreign countries, such as China. However, his executive order takes the U.S. in the wrong direction. It would import not just foreign price controls, but also weaker foreign patent systems.