If we can't kill it entirely, we should be thinking about ways to make the Fed less political, not more. 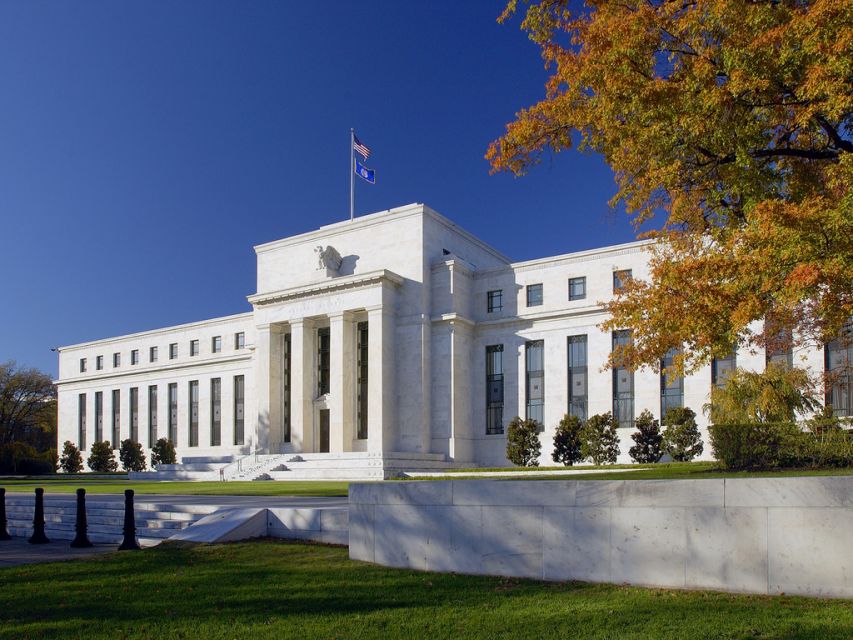 Imagine what would happen if the Fed were controlled by a single politician?

While the willingness to abandon long held beliefs for political gain has always been a common trait among public figures, the spectacle has recently taken on shocking levels of casual audacity. The contempt for even minimal levels of intellectual consistency has allowed Kamala Harris to condemn Joe Biden for his past opposition to Federally mandated busing while simultaneously taking the exact same position herself. These somersaults are particularly common with former economic conservatives seeking to curry favor with President Trump’s decidedly non-conservative policies.

We have seen former free-trader Larry Kudlow awkwardly embrace high tariffs and big deficits, and economist Stephen Moore disavow decades of monetary hawkishness to position himself as a potentially reliable Trump loyalist. But the most dizzying reversal came this week when supposedly conservative Reagan administration economist Arthur Laffer (in what I believe to be an audition for a job in the Trump Administration) hit the airwaves to make the case that the Federal Reserve should be run directly by the President, not by the Fed’s supposedly independent governors. Come again? Direct political control of a central bank has always been the bogeyman of any conservative economist. Was he serious?

Readers of my commentaries would expect me to be the last person to defend the status quo at the Federal Reserve. Let me be clear, I believe that giving a group of economists the power to set interest rates and regulate the availability of money and credit is a bad idea. I would prefer that there were not a Fed at all, and that interest rates were set by the same free market forces that so successfully regulate other areas of the economy. Since its establishment more than a century ago, the Federal Reserve has only succeeded in destroying the U.S. dollar, hollowing out American industry, massively increasing the size of the Federal Government, and creating a bubble economy completely addicted to borrowing and spending.

But just because something is bad, doesn’t mean that it couldn’t be far, far worse. And that certainly would be the case if we were to put the powers of the Federal Reserve into the hands of politicians whose only goal is to pander to as many constituencies as possible in order to get reelected.

Among the political elite of both parties there has never been, nor will there ever be, any sustained support for monetary or fiscal discipline. For politicians the near-term perception of success is all that matters. Warnings about the dangers of deficits and debt monetization only arise from whatever party is in in the opposition, where their meaningless protests serve only as easy rhetoric. Politicians in power will always consider what is politically expedient over risking the wrath of voters by doing what’s unpopular, even if they believe such actions to be in the best interest of the nation.

And while all the members of the Federal Reserve Board are political actors (otherwise they never would have been nominated), at least they are not habitually threatened by primary challenges and attacks from the White House. An independent Fed is at least, in theory, able to set policy based on the consensus of dispassionate analysis of the national and global data applied against a backdrop of economic theory. And even though most of the economists at the Fed have fully ingested the snake oil of Keynesian economic nonsense, at least their process is deliberative and somewhat consistent. Imagine what would happen if the Fed were controlled by a single politician?

Under the direction of the President Trump, the Federal Reserve would become little more than a campaign satellite office tasked with doing whatever necessary to make the economy look good, at least until the next election. Just think for a second how little a politician like Trump cares about principles of good policy. During the campaign, he excoriated the Fed for keeping interest rates too low. He argued (correctly) that the Fed’s easy money policies had created bubbles in the stock and real estate markets, made the Obama economy look better than it was, exacerbated income inequality, and laid the foundation for another economic crash. But as soon as he took office, those criticisms vanished. All Trump wants now is for the Fed to do for him precisely what he criticized it for doing for Obama.

Trump has taken positions with regard to Fed policy that are as unprecedented as they are incoherent. He simultaneously describes the economy as the greatest in history while demanding that the Fed slash rates from already historically low levels. This is like a doctor saying that his care has created the healthiest person in human history, who incidentally, still needs greater doses of life support.

If President Trump directly controlled the Fed could anyone doubt that rates would have been taken to zero, or even below zero, the day after he was inaugurated? Trump sees stock market returns as the Nielsen ratings of his presidential reality show, and nothing would push share prices up faster than negative real interest rates. Control of the Fed would mean that Trump could order the Fed to create money at will, which would free him from the hassle of negotiating with Congress. He could order the Fed to fully fund the deficits that his tax cuts and increased spending have created, not to mention the building of the border wall.

Trump knows that the average voter would be in favor of lower taxes and free stuff, but will show little concern for academic concepts like a growing national debt or the Fed’s rapidly expanding balance sheet. He would exploit that to the hilt. The same dynamic would exist if Congress were to control the Fed, perhaps even worse. Representatives face re-election every two years, putting them in a state of perpetual pandering. There is simply no way that Congress could ever allow the Fed to do anything that could inflict even temporary economic pain. The stimulus would have to always grow and would never stop.

It’s sobering enough to imagine what Donald Trump or Nancy Pelosi would do if they were to control the Fed. But imagine the same powers handed to Bernie Sanders, Elizabeth Warren or Alexandria Ocasio-Cortez? They could use the Fed to fully realize their socialist vision for America. This is precisely what has happened in every country where politicians have direct control of money.

And so while Trump supporters may relish the prospect of their Dear Leader getting the keys to the monetary kingdom, they must understand that such a nirvana may only last for two or six more years. After that, it’s anybody’s guess who will wield that power. But I can virtually guarantee it will be someone who you wouldn’t want within a thousand miles of a monetary printing press.

The problem with the Fed, other than the fact that it substitutes the collective wisdom of the free market for the selective, and often skewed, judgement of a handful of elite economists, is that it’s already too political. While, in theory, the Fed governors are independent, it must be understood that truly independent, non-political actors are never appointed. The President nominates, and the Senate confirms all Fed appointees. No one gets a seat at that table unless they can be expected to deliver the free goodies that politicians want. And for the most part, that has been the case. While the Fed has occasionally dragged its feet when the drum beats grew louder for cheap money, it has almost always caved to the pressure eventually.

But the safety of tenured appointment does allow the Fed some degree of insulation from the day-to-day demands of the crowd, and as a result, I would vastly prefer the current system to the one proposed by Art Laffer.

In his rounds on TV, Laffer makes the simplistic case that elected representatives control our fiscal and social policies, and we should also expect them to control our monetary policy. (Squawk Box, CNBC, 7/8/2019) While such a sentiment makes for a good bumper sticker, it would absolutely destroy the economy. The Fed’s balance sheet would balloon out of control, sending long interest rates spiking upwards, and the U.S. dollar plunging downward. But since a great many people have come of age without encountering such hardships, we have forgotten how bad these things can be. Our confidence will be our undoing.

But the greatest risk may be one of perception. The dollar serves as the world’s primary reserve currency in large part due to the confidence the world has in the independence of the Federal Reserve. While this confidence is wholly underserved, it nonetheless exists, and is key to the dollar maintaining its coveted status. Maintaining that status is the only way the U.S. can continue living beyond its means, and the only way to keep the entire house of cards built on the foundation of reserve currency status from collapsing. The mere consideration of Laffer’s suggestion could be enough to topple it.

The fact that Laffer is taken seriously at all is news in and of itself. Back in 2006 and 2007 I was often paired with him on television to discuss the state of the U.S. economy under Bush. While I argued that the housing market, which had just begun to collapse, would bring down the financial system and the economy at large, Laffer insisted that there was no trouble brewing anywhere on the horizon. In fact, on one particularly noteworthy segment in August 2006, he bet me a penny that the economy would not slow due to pressures from the housing market. Suffice it to say, he lost that bet. His blindness to the last bubble is strikingly similar to his inability to see an even larger bubble today. And although Laffer never managed to scrape up the penny to pay me, he seems more than willing to let his pal Donald Trump print trillions.

I hope that one day we will once again allow the supply of savings and the demand for credit to set interest rates. Such a mechanism will work to allocate capital efficiently, and could help the economy repair itself after decades of central bank distortions. But I’ve been around long enough to recognize that is not going to happen, at least not until a crisis leaves those in power with no other choice. Until that time, I would much prefer a quasi-independent group of bureaucratic eggheads to a pack of self-serving socialists and egomaniacs. If we can’t kill it entirely, we should be thinking about ways to make the Fed less political, not more.

Made available from Euro Pacific Capital.