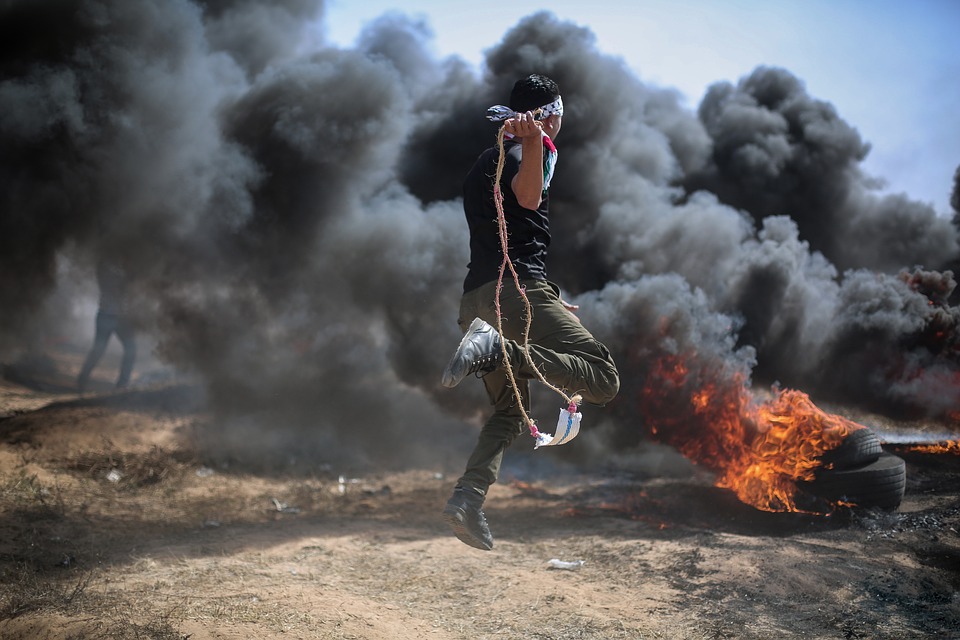 Why expect that handing authoritarians and theocrats more political power will convert them into champions of individual freedom? The idea of national self-determination cannot be a license to subjugate. No individual, no group of individuals, no self-identified national community has the moral right to create a tyrannical regime.

The Trump administration is poised to announce a “deal of the century” to resolve the Israeli-Palestinian conflict. Hints and leaks suggest that the proposal would stop short of endorsing the goal of a sovereign Palestinian state. That prospect has pushed some into mourning.

The Trump plan, writes William Burns, a distinguished American diplomat, will likely be “a eulogy for the two-state solution.” The administration is about to “bury the only viable plan” for Israeli-Palestinian peace.

The goal of a Palestinian state is commonly seen as an obvious good — and the fact that it has yet to be realized, a mark of shame for Israel and the United States. But, whatever the actual terms and merits of Trump’s proposal, we need to question the diplomatic article of faith that Palestinian statehood is necessary for peace.

If you care about justice and the rights of individuals — of Palestinians and Israelis — here is a crucial question seldom asked. What would such a Palestinian state actually look like?

To the extent the Palestinian movement has gained any semblance of self-rule and territorial control, it has built quasi-states that are militant and dictatorial — much to the detriment of the Palestinian people themselves and the goal of peace.

In Jordan in the late ’60s, the Palestinian movement created a mini state with autonomous shadow-government institutions in all spheres — military, political, social. Palestinian factions ran their own police forces and law courts, arresting people and punishing them at will. This authoritarian regime was a base of operations for launching attacks on Israel. A plot to overthrow the Jordanian regime led Jordan to liquidate this militant Palestinian quasi-state.

In 1970s Lebanon, the Palestinian movement established its dominion within refugee camps. It imposed taxes, operated courts, conscripted men of fighting age, and reshaped the school curriculum — to ensure thought control. The Palestinian movement also seized several coastal towns in Lebanon and parts of the Lebanese administration, and “enforced its will with an iron hand.” From southern Lebanon, Palestinian fighters launched rockets on Israeli towns. This Palestinian quasi-state fell apart after Israel retaliated by sending forces into Lebanon.

The Palestinian Authority (since 1994) was the fruit of an Israeli-Palestinian peace deal. An interim step toward full sovereignty, the PA enjoys formal recognition and far more autonomy than the previous quasi-states — and it has been correspondingly more oppressive and militant.

The Palestinian Authority quickly became yet another Mideast dictatorship, notorious for controlling the press and silencing opponents. The PA operated multiple, competing security forces. Its courts lacked any semblance of judicial independence. Arbitrary arrests were common, and leaders of the regime expropriated their own people’s money and property.

Even with only limited self-rule, the Palestinian Authority provided space and abundant resources to foment and carry out attacks on Israel. In the early 2000s, the regime orchestrated a brutal terror war against Israel.

By 2007, the Palestinian Authority split in two: one quasi-state headed by the Palestinian Liberation Organization (PLO) in parts of the West Bank; and the second run by the jihadists of Hamas in Gaza, a militant regime shaped by Islamic religious law.

Anyone concerned with the fate of individual Palestinians and Israelis who desire freedom and justice must question the lethal premise of the “two-state solution.”

Hamas methodically indoctrinates its subjects on TV, in print, on radio, at the mosque, hammering the themes of holy war and martyrdom for the cause. True to their ideas, the jihadists of Gaza have launched thousands of rockets targeting Israeli cities. These led to several wars and many skirmishes — the most recent in early May.A common denominator among these four Palestinian quasi-states?

Whenever the Palestinian movement has attained a modicum of self-rule over a stretch of territory, it has subjugated its own people and waged war against Israel.

No honest error or inexperience with governance can explain this pattern. It reflects the ideas animating the leading factions of the Palestinian movement. For many years, the movement’s spearhead was the PLO. Its numerous factions espoused a mixture of Marxism-Leninism, watered-down socialism, and variations on Arab nationalism. Since the 1980s, Islamists have moved to the vanguard of the Palestinian movement. All these factions are self-consciously hostile to freedom and individual rights.

Some argue we must disregard the evidence of these quasi-states, because they fall short of full sovereignty. We should suspend judgment until a sovereign, independent Palestinian state is realized. That’s absurd. Why expect that handing authoritarians and theocrats more political power will convert them into champions of individual freedom?The idea of national self-determination cannot be a license to subjugate. No individual, no group of individuals, no self-identified national community has the moral right to create a tyrannical regime.

Is the Israeli-Palestinian conflict solvable? Actually, yes, as I argue in my book What Justice Demands, and a crucial starting point is to fundamentally rethink our past approach to the conflict. Anyone concerned with the fate of individual Palestinians and Israelis who desire freedom and justice must question the lethal premise of the “two-state solution.” Handing the Palestinian movement even greater political power is a recipe not for peace, but for continued strife.

A version of this article appeared originally in the Jerusalem Post.

About Elan Journo
Elan Journo is director of policy research at the Ayn Rand Institute. His book, "Winning the Unwinnable War," analyzes post-9/11 U.S. foreign policy from the perspective of Ayn Rand's philosophy. His latest book -- What Justice Demands: America and the Israeli-Palestinian Conflict -- is on American policy toward the Israeli-Palestinian conflict. His writing has appeared in Foreign Policy, Journal of International Security Affairs, and Middle East Quarterly. The Institute promotes the philosophy of Ayn Rand, author of Atlas Shrugged and The Fountainhead.