Republicans must join with Democrats to end Trump’s tariff authority. They should repeal these “emergency” laws that allow the president to unilaterally impose new taxes on Americans, in defiance of the intent of the framers of the Constitution. 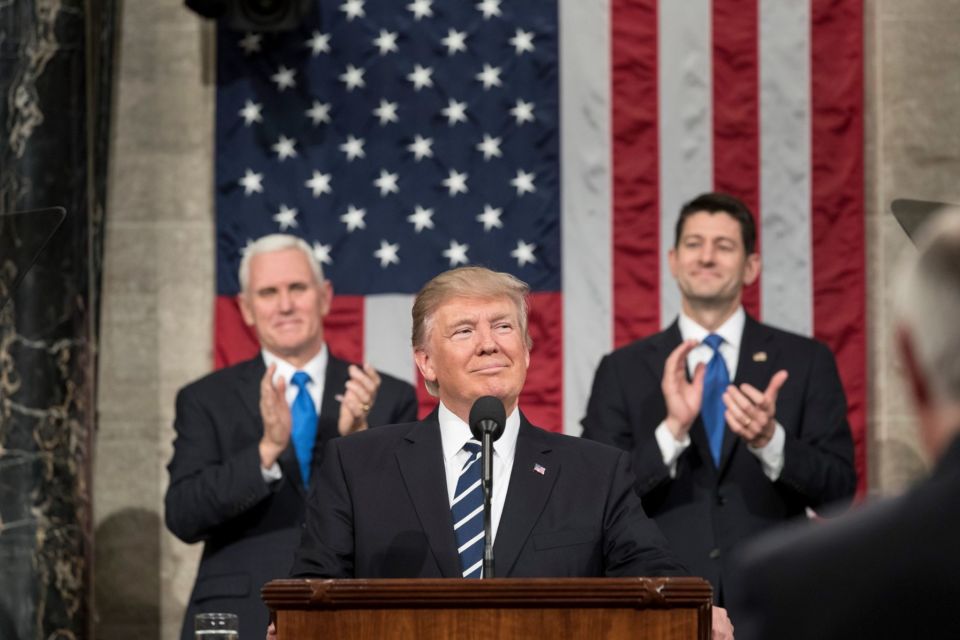 So, there will not be tariffs on imports from Mexico… for now. Trump’s threat two weeks ago to raise tariffs (taxes) on goods imported from Mexico caught the world by surprise. The plan was draconian, imposing a 5 percent tariff on all Mexican goods on June 10, and raising them by 5 percent a month until they reached a level of 25 percent in October.

It was draconian because Mexico is America’s third-largest trading partner in the world; the combined value of trade between the two countries is $557 billion. It was draconian because, since 1994, Mexico and our largest trading partner, Canada, have been joined with the United States in a nearly tariff-free trading zone under the North America Free Trade Agreement (NAFTA). And before NAFTA, which reduced tariffs on Mexican imports to nearly zero, the average tariff on Mexican imports was only 3 percent.

So, a new 5 percent tariff, rising to 25 percent, would be draconian.

A Federal Reserve Bank economist estimates that Trump’s already-enacted tariffs on China alone are the equivalent of a $1,245 tax increase for each American, the “tax” to be paid in higher prices for the myriad goods Americans buy from China or alternative, higher-cost suppliers. Given the scale of American trade with Mexico, a full 25 percent tariff on goods ranging from avocados to auto parts imported from Mexico would have added an additional tax burden on Americans of nearly the same magnitude.

But the Mexico tariff was also draconian for another reason: it was an abuse of emergency power delegated to the president by Congress. The U.S. Constitution says that only Congress can initiate tax increases on American citizens. But Congress unwisely over the past 100 years has given the president virtually carte-blanche power to raise taxes in a series of laws.

Ironically, the intent of one of these laws, the 1962 Trade Expansion Act, was to give the president power to reduce tariffs quickly while negotiating bilateral trade arrangements. The intent of the Trade Act of 1974 was to respond to alleged economic duress caused by imports against specific American companies. President Trump used both of these laws to raise tariffs on imports of washing machines and solar panels, and then broadly on imports of steel and aluminum from nearly every country on earth (although he suspended these duties on Canada and Mexico in May), and then to impose 25 percent tariffs on $200 billion of imports from China.

The third law, the International Emergency Economic Powers Act (IEEPA), passed in 1977, was invoked by Trump for his current effort to raise tariffs against Mexico. This act was written much more broadly. As the successor to the 1917 Trading with the Enemy Act, it would appear that its purpose was solely to allow the president to restrict trade with hostile nations in wartime. But as written, it is much broader, with such an expansive definition of “emergency” that Trump used it as the legal basis for seizing federal budget funds to pay for a wall along the Mexican border in defiance of Congress. In a similar manner, Trump invoked this law in his threat to raise tariffs on Mexico to combat the “emergencies” of illegal immigration and drugs coming from Mexico.

The tariff cudgel is being wielded by Trump to address sundry political/economic concerns that go far beyond the original legislative goals of lowering tariffs, addressing alleged harm against specific American companies from imports, or addressing threats from hostile enemy nations. The entire economies of Mexico, Canada, Europe, and even China for that matter — all within President Trump’s tariff crosshairs — do not fall into such categories.

The tendency of the president to aggrandize power in the face of emergencies, real or alleged, is not unprecedented. A notorious example happened during the Great Depression. President Franklin Delano Roosevelt became enraged when the Supreme Court struck down several of his proposed New Deal measures. After one of these rejections, President Roosevelt angrily demanded that Congress expand the number of Supreme Court justices from 9 to 15 or more. By “packing the Court” with his own, hand-picked men, FDR would have gutted the Supreme Court as the third independent branch of government and a check on his power.

Surprisingly, despite having a heavy Democratic majority and having passed nearly all of FDR’s proposed New Deal legislation until then, Congress balked at this measure and refused to permit the president to pack, and thereby destroy, the Supreme Court.

Congress chose to uphold the principle of separation of powers, even if it meant defying an extremely popular president of their own party.

This should serve as an example to emulate for Republicans. President Trump is very popular among Republican voters (87 percent approval in the last Gallup poll), and Republicans control one chamber of Congress, the Senate. Yet Trump is abusing the powers delegated to him from Congress and arrogating to himself alone the power to raise taxes on Americans in the form of tariffs.

Like Roosevelt, who sought progressively wider-reaching powers to control the economy during the Great Depression, Trump has expanded the uses and reach of his tariff-raising powers to address all and sundry concerns far removed from trade or war. He has used this power to reach around the intent of Congress and appropriate funds to build a border wall that Congress was unwilling to support. He used this power to impose far-reaching tax increases covering virtually everything imported by Americans. And most recently he used this power to cudgel neighboring Mexico over long-standing matters that have little directly to do with trade: immigration and illegal drugs.

Because this is a tool Trump can actually use — and because it bypasses the much more difficult task of having to persuade Congress of the merits of his ideas — Trump is using the tariff weapon more and more to address matters further and further removed from trade.

The main reason for the separation of powers, the checks and balances among the three branches of government enshrined in the U.S. Constitution, is to reduce the power of any single branch of government — or any single person such as the president — from unilaterally imposing its will on Americans. This separation was designed by America’s Founding Fathers after close study of numerous ancient and contemporaneous tyrannies, like Imperial Rome and the Machiavellian Italian city-states.

The issue isn’t whether the president is a member of one’s own party, or even whether one agrees with his particular policies. The issue is, If the president has sweeping power to impose his will on Americans, in what way does this not eventually lead to dictatorship?

As it turns out, the consensus among economists today is that the New Deal was very harmful to the economy. It extended and deepened the Great Depression, making it a 10-year-long ordeal during which a quarter of all Americans became unemployed and nearly 40 percent of all businesses went bankrupt. Even though at the time, FDR and many others thought his policies helped the economy, they didn’t. The Supreme Court, although it upheld many of FDR’s harmful New Deal policies, did strike down as unconstitutional some of the worst, such as the National Industrial Recovery Act, which would have imposed fascist-type controls over nearly every aspect of the economy. And the only reason the Supreme Court could do this is because its independence was preserved when the Democratic Congress rejected FDR’s proposal to pack the Court.

In similar manner, many Republicans support Trump’s tariff increases. Yet the vast majority of economists see tariffs — in whatever form or for whatever ostensive purpose — as harmful. A tax on imports not only reduces imports, but it also reduces exports, since imports and exports must (along with capital flows) balance over the long run. America’s corn and soybean exporters are experiencing those declines in exports, due to this fact and retaliatory tariffs from China and Europe.

More ominously, a tax on international trade impairs the global division of labor, the economic principle identified by the great classical economists Adam Smith and David Ricardo as the key driver of a rising standard of living. This principle says that each company should make what it does best — no matter where it is located — and then trade with each other, so that each of us can get the best — the cheapest and most innovative — products. A great example of this is the global supply chain that powers the iPhone, where hundreds of components are manufactured and assembled by specialist companies located in dozens of countries. The increasing expansion of the global division of labor made possible by the massive reduction of tariffs since World War II is arguably the major reason for the world’s rapidly growing prosperity.

Cut down global trade by raising tariffs and we raise taxes on Americans and reduce the number and variety of low-cost and innovative goods, like the iPhone — or cheap avocados, or lower-cost washing machines, or inexpensive, high-quality cars — that benefit our lives.

But the main reason Republicans should end Trump’s tariff authority is that it restores the checks and balances that fundamentally guarantee our liberty. Article I, Section 8, of the U.S. Constitution says that “Congress shall have Power To lay and collect Taxes, Duties, Imposts and Excises.” Congress has unwisely delegated this power to a president who now rashly uses it to thrash the global economy with economically unsound tariffs. Even if one approved of Trump’s current actions, what is next? The proposal to increase Mexican tariffs — in order to address immigration and drugs — shocked the world. What will be next?

Republicans must join with Democrats to end Trump’s tariff authority. [They] should repeal these “emergency” laws that allow the president to unilaterally impose new taxes on Americans, in defiance of the intent of the framers of the Constitution.