A staggering 28 percent of free blacks in the Crescent City owned slaves. 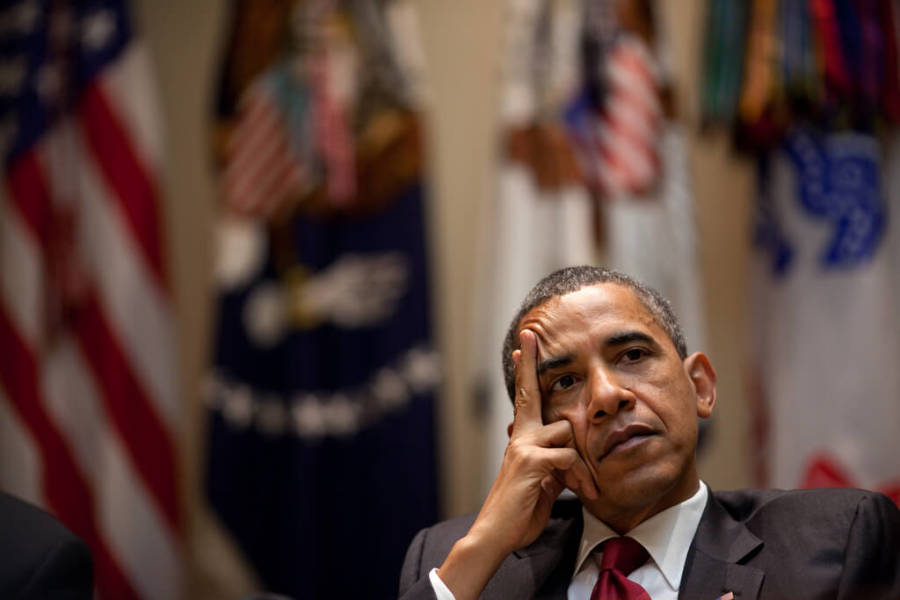 About reparations, a skeptical President Barack Obama in 2016 told reparations proponent Ta-Nehisi Coates that it would divide the country. Obama said: “It is hard to think of any society in human history in which a majority population has said that as a consequence of historic wrongs, we are now going to take a big chunk of the nation’s resources over a long period of time to make that right. … So the bottom line is that it’s hard to find a model in which you can practically administer and sustain political support for those kinds of efforts.”

The polls bear Obama out.

Just 26% of Americans support reparations. In fact, according to conservative Michael Medved, since so many of today’s non-black Americans are descendants of post-Civil War immigrants, as few as 5% of today’s whites have a “generational” connection to slavery. University of North Carolina historian Joseph T. Glatthaar, author of “Soldiering in the Army of Northern Virginia: A Statistical Portrait of the Troops Who Served under Robert E. Lee,” estimates that 4.9% of the population, or 24.9% of households in slave states, owned slaves. Of the free blacks living in the South, some were slave owners. Famed historian Carter G. Woodson found that in 1830, 3,776 free Negroes owned 12,907 slaves. Historian Roger McGrath notes: “Every one of the 13 states and most of the major cities that would become part of the Confederacy had substantial numbers of black slaveowners. New Orleans by both numbers and by proportion had the most. A staggering 28 percent of free blacks in the Crescent City owned slaves.”

Those we call “Native Americans” also owned black slaves. McGrath writes: “Accompanying the Cherokee on their ‘Trail of Tears’ were some 2,000 black slaves. They were put to work on Cherokee farms in the new tribal home, raising cotton, corn, and garden crops, and tending hogs and cattle. … During the antebellum decade, slavery reached its peak among the Five Civilized Tribes. The Cherokee, numbering only about 20,000 themselves, owned nearly 5,000 black slaves; the Choctaw 2,500; the Creeks 2,000; and the Chickasaw and Seminole about a thousand each. To protect their slave property, the Five Civilized Tribes, except for a few dissident factions, sided with the Confederacy when the Civil War erupted.”

The government did not own slaves; people did. Conservative Dinesh D’Souza estimates that no more than 10 Republicans, out of tens of thousands of slave owners, owned slaves. The Ku Klux Klan was founded by Democrats. Congressional Democrats were overwhelmingly opposed to the 13th, 14th and 15th amendments. As a percentage of their party, more Republicans voted for the Civil Rights Act of 1964 than did Democrats. Maybe the Democrats should sue themselves to pay for reparations.

Reparation proponents often say things like “slavery built America” or “America was built on the backs of slaves.” Ta-Nehisi Coates, testifying at a recent congressional hearing on reparations, made the following claim about slave-produced products: “As historian Ed Baptist has written, enslavement — quote — ‘shaped every crucial aspect of the economy and politics of America, so that, by 1836, more than $600 million, almost half of the economic activity in the United States, derived directly or indirectly from the cotton produced by the million-odd slaves.'”

Half of the economic activity?

Coates credits the number to Cornell historian Ed Baptist. But economics historian Paul Magness says Baptist is wildly off. The correct number of the slave-based economic activity was  “the mid to high single digits, not the 50 percent claim that Coates repeated.” How did Baptist get it wrong? Magness wrote:

“Baptist purports to add up the total value of economic activity that derived from cotton production, which at $77 million made up about 5 percent of the estimated gross domestic product (GDP) of the United States in 1836. Baptist then committed a fundamental accounting error. He proceeded to double and even triple count intermediate transactions involved in cotton production — things like land purchases for plantations, tools used for cotton production, transportation, insurance, and credit instruments used in each. Eventually that $77 million became $600 million in Baptist’s accounting, or almost half of the entire antebellum economy of the United States.

“There’s a crucial problem with Baptist’s approach. The calculation of GDP, the main formulation of national accounts and a representation of the dollar amount of economic activity in a country in a given year, only incorporates the value of final goods and services produced. The rationale for doing so comes from accounting, as the price of the final good already incorporates intermediate transactions that go into its production and distribution. Baptist’s numbers are not only wrong — they reflect a basic unfamiliarity with the meaning and definition of GDP.”

If American taxpayers pay reparations, can they also sue Africa for its role in selling captured and enslaved Africans to Arab and European slavers? What about Native Americans? Have they received sufficient reparations?

Finally, more than 350,000 Union soldiers died, and another 250,000 suffered injuries in the Civil War. Should their descendants pay reparations to the descendants of the slaves their ancestors died to free?