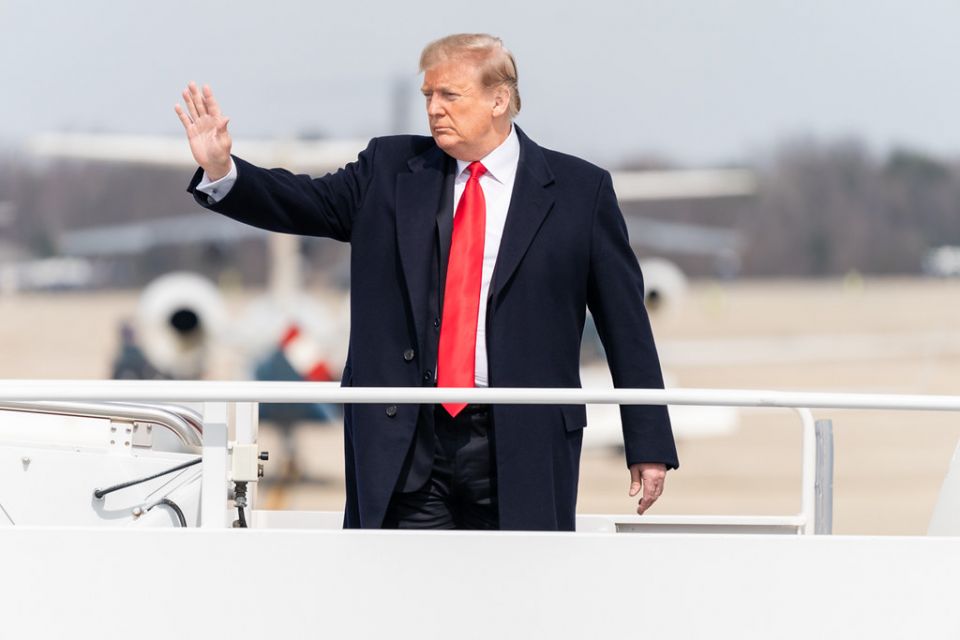 General George Custer met his doom charging into a battle he thought he could win, against an opponent he did not understand. Based on his views about the fast-emerging trade war with China, it looks to me that Donald Trump, another blonde with a very high opinion of himself, is charging into an economic version of the Little Bighorn. By mistaking the real nature of international trade, the costs of tariffs, the effects of currency movements, and the supposed ease with which the United States could quickly re-establish itself as a low-cost manufacturer, Trump risks shredding the safety nets that have undergirded the U.S. economy for decades and plunging us into a war we are ill-equipped to fight.

The prevailing view is that a trade war hurts both sides, but in a war of attrition, we can both outpunch and outlast the competition. Many argue that based on its smaller economy, the spotty performance of its stock market, and its vital need for American customers, China is in a weaker position. With our larger economy, surging stock market, strong currency, and prodigious borrowing capacity they believe that the U.S. can pressure China to capitulate, albeit with some short-term pain.

But President Trump goes much further, and asserts that a trade war itself, not just the results that may flow from it, will be a boon to America. He believes that tariffs are currently boosting growth and are restoring our manufacturing prowess. Based on his rhetoric, it’s hard to imagine why we would ever want a trade war to end. CNBC’s Jim Cramer went one step further, arguing that tariffs may place a small burden on U.S. consumers but Chinese manufacturers will cut prices in order to preserve U.S. market share. In other words, China will throw itself on a grenade meant for us by bearing the cost of the tariffs, and their expenditures will flow directly into U.S. coffers.

Many are also arguing that China’s potentially heaviest weapon, its ability to dump more than $1 trillion in U.S. Treasury Bonds onto the open market, is unlikely ever to be used. They argue that such selling could cost China too dearly as it would reduce the value of China’s own Treasury holdings and strengthen China’s currency against the dollar, thereby further disadvantaging Chinese exporters looking for U.S. market share.

Before I delve into the emptiness of these arguments about tariffs and Treasuries, a quick word about Trump’s negotiating skill and his potential motivation. For weeks, he has been saying that the Chinese have been dragging their feet because “they were being beaten so badly” in the negotiations. Basic tactics would suggest that a way to get your adversaries to agree to a deal that is not in their interest is to convince them that it is in their interest. By saying loudly that the deal favors the U.S., Trump is not exactly pushing them over the finish line. In my mind, Trump may not want the agreement. He may just want the war instead. More importantly, the economic uncertainty could force the Federal Reserve to cut interest rates, which may be his most desired outcome.

While it is true that the Chinese have illegally appropriated huge quantities of American intellectual property, I believe that we have received greater benefits in return. Without the cheap goods produced in China, prices may very well have been much higher for vast quantities of key products for U.S. consumers. And without Chinese purchases of U.S. debt, interest rates could have been much higher, making borrowing more expensive for both businesses and consumers. It’s hard to quantify just how important these benefits have been for an economy such as ours, which has been driven for decades by borrowing and spending.

Trump believes that tariffs are weapons, and that since there are many more Chinese products than American products to target, that we have an inherent advantage. But tariffs are weapons that hurt your own people. Slapping federal taxes on imported products simply means that U.S. consumers will pay more for the things they want. (Contrary to Jim Cramer’s wild optimism, the Chinese will not discount for Americans when other customers can pay in full.) Trump downplays these fears by saying it would be very easy for Americans to avoid higher prices by bringing manufacturing back home, where tariffs won’t apply. He seems to believe American firms that have relied on foreign production for decades can just start producing domestically. This is a fantasy.

Take for instance an American company like Nike. The Oregon-based footwear behemoth employs 70,000 American workers in product design, sales, marketing, finance, operations, strategic development, and R&D. But the company hasn’t mass-manufactured footwear in the U.S. in decades. That task has fallen largely to the Chinese and other South East Asian nations. What would it take for Nike to begin manufacturing millions of pairs of athletic footwear in the U.S?

Currently no such facilities exist domestically, so they would have to be built. That would take years, and be a real cost. Where would Nike get the money? It might have to cancel its share buybacks, or issue new share offerings to raise money to fund the capital expenditures. If this were to happen at a time of falling profits, its share price might drop. If all U.S. companies now relying on imports did likewise, what impact might that have on the stock market?

But more importantly, factories don’t exist in a vacuum. They need to be linked to a supply chain. Large quantities of rubber, leather, vinyl and cotton would need to be delivered to the factory. And if those materials don’t exist in adequate supply, other factories that could produce them would need to be built as well, substantially raising the cost to the U.S. economy. But more than just the cost, it’s the time it would take. This is not something that happens quickly. And when Nike gets up and running, assuming it had survived years of low production, it would be very hard-pressed to produce its shoes at its current costs. If all U.S. companies did this at once, consumer prices could surge and retail sales fall. But the long hoped-for manufacturing jobs could be slow to materialize.

In contrast to how difficult and painful it could be for the U.S. to ramp up domestic production, it may prove relatively easy for China to ramp up domestic consumption. Suppose Nike stopped producing sneakers in China, and abandoned the facilities it once used. The workers, the factory and the supply chain would still exist. New owners could move in, take over, and begin producing sneakers. If the U.S. market were closed to that production, the new owners would have to find customers elsewhere. I assume that Chinese consumers have feet (maybe a bit smaller), and would appreciate cool-looking sneakers.

Mainstream analysts argue that China simply doesn’t have the purchasing power to replace America’s consumptive capacity. But purchasing power is largely a function of currency valuation. And if the Chinese currency were to rise in value, Chinese consumers would then be able to buy more. Which brings us to the next issue, Chinese dollar reserves. By selling their reserves, China can strengthen its currency, and help to build the domestic economy that it has long desired.

Contrary to the current consensus, I think there may be a sharp and sudden selling of U.S. Treasuries by China, which would hurt the U.S. and benefit China. Selling Treasuries could push up long-term interest rates in the U.S. and weaken the dollar, possibly generating inflation and slowing the economy. Americans would face much higher prices for goods and would have to pay more to borrow to buy homes and cars, or to build businesses. This might force the Fed to deliver greater monetary stimulus as the economy slowed, further weakening the dollar, and putting the U.S. into a possibly dangerous inflationary spiral. The countless benefits that accrue to Americans as a result of a strong dollar would be lost.

Conversely, dumping its cache of more than $1 trillion in Treasuries could strengthen the RMB. But a strong currency is precisely what China needs to drive domestic consumption and lessen its “dependence” on exports. This has been its stated economic goal anyway. A cheap currency may help exports, but a strong currency empowers domestic consumption. Such a move could help China mature into a healthier and more balanced economy.

However, there is an added benefit to China from selling Treasuries (or merely allowing them to mature without rolling over the principal). All of those savings currently being loaned to the U.S. government would then be available to finance its domestic projects. The extra capital at home could allow China to increase production even further to meet the increased consumption demands of a rapidly growing middle class enriched by the increased purchasing power of their savings and wages.

But it’s not just China that could dump Treasuries and enjoy the possible twin benefits of increased purchasing power and domestic investment, but the rest of the world as well, particularly South East Asia. That entire region might witness the benefits if local trade, investment, and consumption all rose. Countries might no longer compete to debase their currencies to preserve market share in the U.S., but allow their currencies to rise, engendering the possibility for increased domestic investment and consumption.

So not only does Trump risk blowing America’s great deal with China, but with the entire world. The dollar’s role as the reserve currency could be lost, as would the artificially high living standards it has produced. Americans would finally be forced to live within their highly diminished means. Borrowing would have to be financed from the shallow pool of domestic savings, and consumption would be limited by domestic production, as imports would have to be paid for with exports of real products rather than mere paper dollars.

While Custer believed blindly in his own invincibility, in the end he was only a general with about 300 unlucky cavalrymen under his command. But his defeat was just a temporary setback, as the weight of the American economy ultimately overwhelmed the Native Americans’ ability to defend their traditional way of life. While Trump’s blunder will be equally as foolish as Custer’s, this time it’s the modern American way of life that may be lost.

Made available through Euro Pacific Capital.