Are you very afraid? 3D-printed guns are coming. “Virtually undetectable!” shrieked CNN. “This changes the safety of Americans forever!” shrieked MSNBC. Does it? Six years ago, a company called Defense Distributed posted blueprints for 3D-printed guns on the web. The Obama State Department said that violated the Arms Control Act because allowing foreigners to see […] 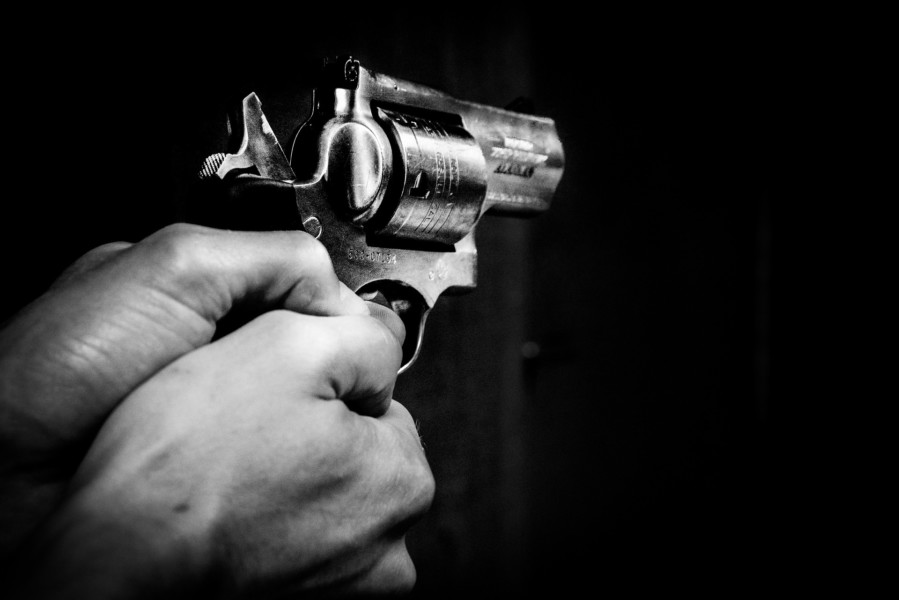 Are you very afraid? 3D-printed guns are coming.

“This changes the safety of Americans forever!” shrieked MSNBC.

Six years ago, a company called Defense Distributed posted blueprints for 3D-printed guns on the web. The Obama State Department said that violated the Arms Control Act because allowing foreigners to see them is equivalent to exporting a missile launcher, and that’s illegal.

“We have enough guns in this country already,” Massachusetts legislator David Linsky tells me in my new video about 3D-printed guns.

But this debate is about free speech, too.

“After the Oklahoma City bombing, Congress asked the Department of Justice, ‘Can we make a law that bans putting bomb-making instruction on the internet?’ The DOJ said, ‘No, you can’t ban putting files on the internet.'”

Not even files showing how to make a nuclear weapon?

But the web is filled with unclassified information about how to make all sorts of deadly things.

“Should ‘The Anarchist Cookbook’ be banned”? I asked Linsky. It contains deadly recipes.

“There’s no reason to ban books,” he replied. “The genie is out of the bottle a long, long time ago on ‘The Anarchist Cookbook.’ But this is a very different thing whereby all you have to do is download a file, press a button and a printer gives you a gun.”

It’s actually not that easy.

U.S. Senator Ed Markey, D-Mass., made it sound as if anyone could make a 3D gun. “Bad people can go to Instagram and get an insta-gun!”

But that’s silly, like so much of what Markey says.

“It’s actually a very complicated process,” explains Blackman. You need technological expertise and very specific materials. “It might take a full day of printing. You have to treat the plastic with chemicals so that they’re strong enough. Even then, odds are, the gun’s pretty crappy.”

True. When my TV show tried one, it wouldn’t fire.

But the technology will improve.

It’s said that 3D guns will be “a windfall for terrorists.”

“Terrorists have access to far more dangerous weapons,” responds Blackman. “The notion that ISIS is … making these stupid little plastic guns that can fire one shot at a time strains credulity.”

“Bullets are made out of metal,” notes Blackman. “Plastic and rubber bullets are not very effective.”

America has a long tradition of people making their own guns, often for good reasons.

“If we had a ban on home manufacture of weapons during the time of the American Revolution, we would probably still be under the King’s rule,” cracked Blackman.

“It was a very different society,” argues Linsky. “Now we have AR-15s.”

Blackman had an answer for that: “Rights were enshrined in the Constitution for permanence … They’re there for the long haul.”

Although Defense Distributed withdrew its blueprints, it continues to fight for the right to publish them online.

Seems kind of like a pointless fight to me, because in the short time before Defense Distributed withdrew its post, hundreds of other websites had copied it. They still host the blueprints.

Linsky hadn’t realized that. When I showed some to him, he said, “I understand that some people might think that the genie is out of the bottle, but let’s put as much of that genie back into the bottle as we possibly can.”

But we (SET ITAL)can’t(END ITAL) put the genies back. Today, once information is out, it’s out there forever. No government can pull it back.

Nevertheless, gun control advocates and the childish media will demand that “something be done!”

CNN warned, “Tomorrow morning, the sun will be shining, the birds will be singing and anyone will be able to legally download instructions to 3D-print their own fully functional plastic gun!”

“That happened. The world’s the same,” he said. “People are just fear-mongering.”