To Pay for Slavery Reparations, Will Democrats Sue Themselves? 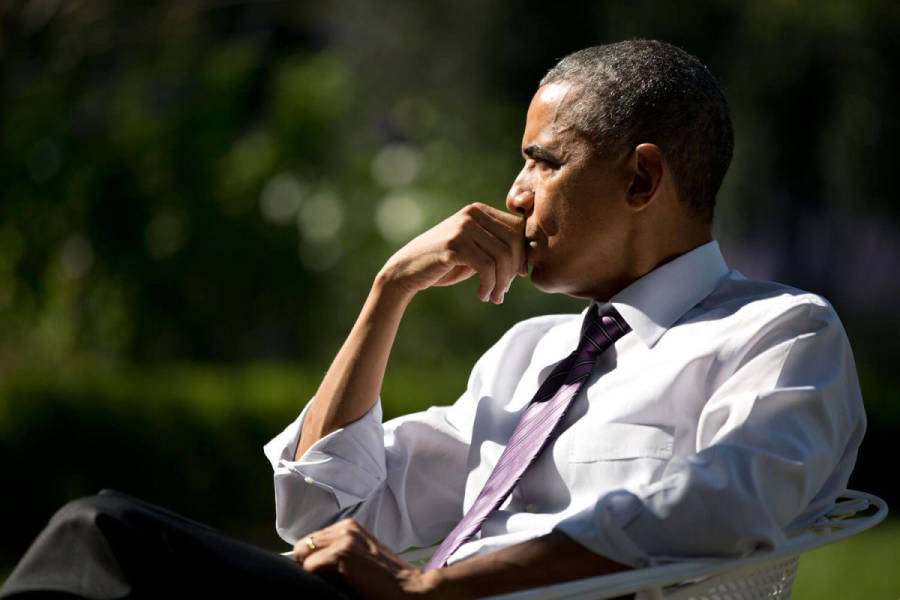 After the election and re-election of the country’s first black president, who would have thought that, less than two years later, leading Democrats would seriously debate paying blacks reparations for slavery?

But two years ago, President Barack Obama called reparations a political nonstarter. “It is easy to make that theoretical argument,” Obama said in an interview. “But as a practical matter, it is hard to think of any society in human history in which a majority population has said that as a consequence of historic wrongs, we are now going to take a big chunk of the nation’s resources over a long period of time to make that right.”

President John F. Kennedy took the same positions. Asked in1963 about race-based affirmation action for blacks, Kennedy said: “I don’t think we can undo the past. In fact, the past is going to be with us for a good many years in uneducated men and women who lost their chance for a decent education. We have to do the best we can now. That is what we are trying to do. I don’t think quotas are a good idea. I think it is a mistake to begin to assign quotas on the basis of religion or race or color, or nationality. … On the other hand, I do think that we ought to make an effort to give a fair chance to everyone who is qualified, not through a quota, but just look over our employment rolls, look over our areas where we are hiring people, and at least make sure we are giving everyone a fair chance, but not hard-and-fast quotas. We are too mixed, this society of ours, to begin to divide ourselves on the basis of race or color.”

Slavery in America ended more than 150 years ago.

Neither former slaves nor slave owners are alive today. Furthermore, columnist and radio host Michael Medved says that only about 5 percent of whites have any sort of “generational” connection to slavery. “The importation of slaves came to an end in 1808 (as provided by the Constitution), a mere 32 years after independence, and slavery had been outlawed in most states decades before the Civil War,” wrote Medved in 2007. “Even in the South, more than 80 percent of the white population never owned slaves. Given the fact that the majority of today’s non-black Americans descend from immigrants who arrived in this country after the War Between the States, only a tiny percentage of today’s white citizens — perhaps as few as 5 percent — bear any authentic sort of generational guilt for the exploitation of slave labor.”

Finally, what about the role of the Democratic Party in slavery, Jim Crow and the resistance to ending them? Republican President Abraham Lincoln, elected on an anti-slavery platform, signed the Emancipation Proclamation and led the North in its victory over the South at the cost of at least 620,000 soldiers dead on both sides. Democrats opposed the 13th Amendment, which freed the slaves, the 14th Amendment, which conferred citizenship on them, and the 15th Amendment, which gave them the right to vote.

During the debate over the Civil Rights Act of 1964, Democrats, including Sen. Al Gore Sr., orchestrated a record-breaking 60-day filibuster in an attempt to block the bill from coming to a vote. By percentage, more Republicans in the House and the Senate voted to pass the bill than did Democrats. Republican Sen. Everett Dirksen received an honor, 40 years after his death, from his hometown’s local chapter of the NAACP for his work navigating the bill through the Senate. When Republican Rep. Bill McCulloch of Ohio announced his retirement, he received a handwritten letter from former first lady Jackie Kennedy, who thanked him for his role in the bill’s passage. Kennedy, who considered the bill a legacy of her husband, wrote: “Your integrity under such pressures is what makes our political system worth fighting for and dying for. Please forgive the emotional tone of this letter — but I want you to know how much your example means to me. It is a light of hope in an often dark world, and one I shall raise my children on as they grow older.”

To pay for reparations, does the Democratic Party intend to sue itself for damages?