“The greatest good for the greatest number” is one of the most vicious slogans ever foisted on humanity.

This slogan has no concrete, specific meaning. There is no way to interpret it benevolently, but a great many ways in which it can be used to justify the most vicious actions.

If you consider this moral, you would have to approve of the following examples, which are exact applications of this slogan in practice: fifty-one percent of human- ity enslaving the other forty-nine; nine hungry cannibals eating the tenth one; a lynching mob murdering a man whom they consider dangerous to the community.

There were seventy million Germans in Germany and six hundred thousand Jews. The greatest number (the Germans) supported the Nazi government which told them that their greatest good would be served by exterminating the smaller number (the Jews) and grabbing their property. This was the horror achieved in practice by a vicious slogan accepted in theory.

The unthinking assume that every man who mouths this slogan places himself unselfishly with the smaller number to be sacrificed to the greatest number of others. Why should he? There is nothing in the slogan to make him do this. He is much more likely to try to get in with the greatest number, and start sacrificing others. What the slogan actually tells him is that he has no choice, except to rob or be robbed, to crush or get crushed. 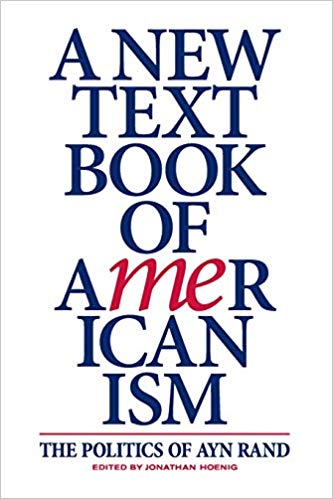 The depravity of this slogan lies in the implication that “the good” of a majority must be achieved through the suffering of a minority; that the benefit of one man depends upon the sacrifice of another.

If we accept the collectivist doctrine that man exists only for the sake of others, then it is true that every pleasure he enjoys (or every bite of food) is evil and immoral if two other men want it. But on this basis men cannot eat, breathe or love (all of that is selfish, and what if two other men want your wife?), men cannot live together at all, and can do nothing except end up by exterminating one another.

Only on the basis of individual rights can any good—private or public—be defined and achieved. Only when each man is free to exist for his own sake— neither sacrificing others to himself nor being sacrificed to others—only then is every man free to work for the greatest good he can achieve for himself by his own choice and by his own effort. And the sum total of such individual efforts is the only kind of general, social good possible.

If you are an Individualist and wish to preserve the American way of life, the greatest contribution you can make is to discard, once and for all, from your thinking, from your speeches, and from your sympathy, the empty slogan of “the greatest good for the greatest number.” Reject any argument, oppose any proposal that has nothing but this slogan to justify it. It is a booby-trap. It is a precept of pure Collectivism. You cannot accept it and call yourself an Individualist. Make your choice. It is one or the other.

Excerpted from A New Textbook of Americanism: The Politics of Ayn Rand, edited by Jonathan Hoenig

FEEL FREE TO SHARE
Ayn Rand
Russian born American novelist Ayn Rand is author of Atlas Shrugged and The Fountainhead and is originator of the philosophy of Objectivism. You can learn more about her life and philosophy at the website of the Ayn Rand Institute.