From the Audible website: “Black history and American history are forever intertwined. Limiting any celebration of Black history to a single month on the calendar does a disservice to the Black men and women who were (and are) integral to making this nation what it is today. We here at Audible wanted to do more […] 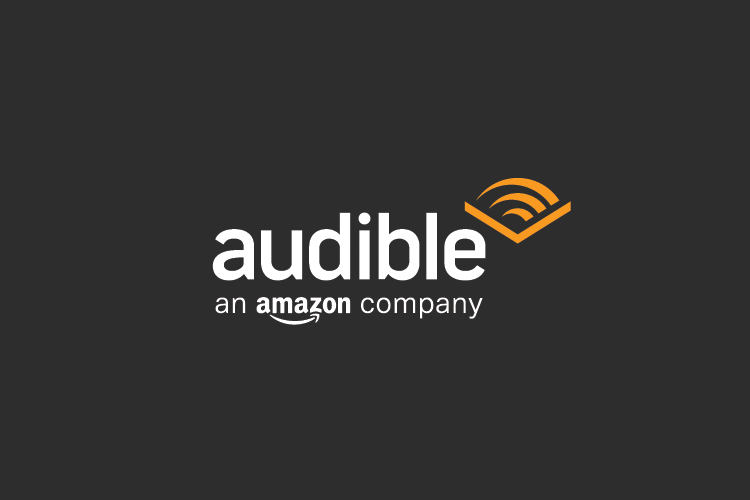 “Black history and American history are forever intertwined. Limiting any celebration of Black history to a single month on the calendar does a disservice to the Black men and women who were (and are) integral to making this nation what it is today. We here at Audible wanted to do more in 2019 to expand on that belief, which is why, below, you will see more than audiobooks. You will see collections of essential Black voices, featuring historical and contemporary Black authors who have contributed so much, and you will hear voices from across our company, all of whom have their own stories to tell as well. Because what we need more of in 2019 is to lift every voice.” —

Well, not every voice.

Audible’s “Black History” Month selections, though there are a few gems (Arthur Ashe, Martin Luther King, etc.), are ultimately disappointing by who they omit.

(For those books listed above not available in the Audible format this should have long been corrected by Audible.)

If one finds a common thread among these silenced “Black” voices, it is that they are intellectually independent, and provide a perspective that many in the mainstream have not considered. In other words, they are not mere lip-servants for political correctness, left-wing racism, and intellectual dogmatism posing as truth, fairness and diversity. More importantly, these authors primarily define themselves by their chosen ideas and character, as opposed to the to non-chosen characteristics such as ancestry and color of their skin (as racists do).

That I list these authors does not mean I agree with all their views, opinions, and theories. I disagree with some of them on several of their viewpoints, from philosophy and politics to religion and abortion, but this does not mean I have not markedly benefited from their experiences and reasoning.

If one examines their histories, one sees that they — primarily through individual effort though not without help from others — have built their lives and characters to become heroes: both in mind and body. They are heroes that people of all races can objectively admire and learn from.

Dr. Hill for example, recounts how he “came to this country at the age of twenty from Jamaica and, rather than being faced with intractable racial bigotry, [he] found a land of bountiful opportunity—a place where he could get a college education, earn a doctorate in philosophy, and eventually become a tenured professor at a top university, an internationally recognized scholar, and the author of several respected books in his field….Throughout his experiences, it wasn’t a racist establishment that sought to keep him down. Instead, Hill recounts, he faced constant naysaying from so-called liberals of all races did not celebrate the success of a black immigrant but chose to denigrate them because this particular black immigrant did not embrace their ideology of victimization.” [2]

Similar narratives have been expressed by all these authors. One suspects that these intellectuals are “blackballed” from being featured because their views do not support the “echo chamber” narrative that Audible’s editors seek to inculcate upon its readers as expressed by their intellectually undiverse selections.

These omissions speak volumes on the lack of intellectual integrity and real diversity of Audible’s editorial board, which is a grave disservice to Audible readers in particular and humankind in general.

Recommendation: Audible’s editorial board needs to end their intellectual prejudice against opinions they disagree with by featuring the above books in their next Black History month.

[1] See Hill’s essay in Commentary, “An Open Letter to Ta-Nehisi Coates: The Dream is real“, for some poignant criticisms of Coates collectivist ideas.
[2] From the back cover of We Have Overcome: An Immigrant’s Letter to the American People. 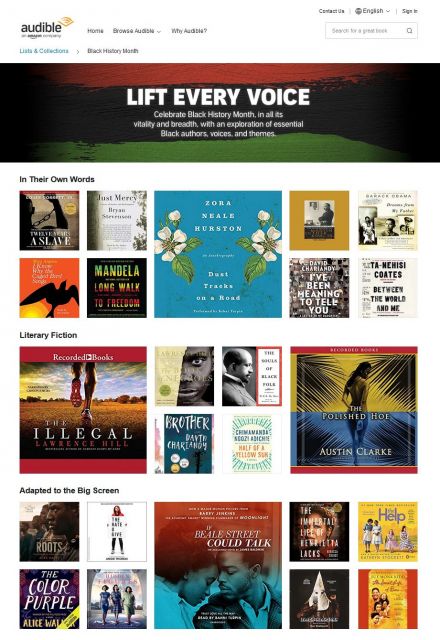