Fallout from the Trade Wars

The president pledges to “make America great again,” which is a crucial and noble sentiment. But protectionism only hurts rather than helps do that job. 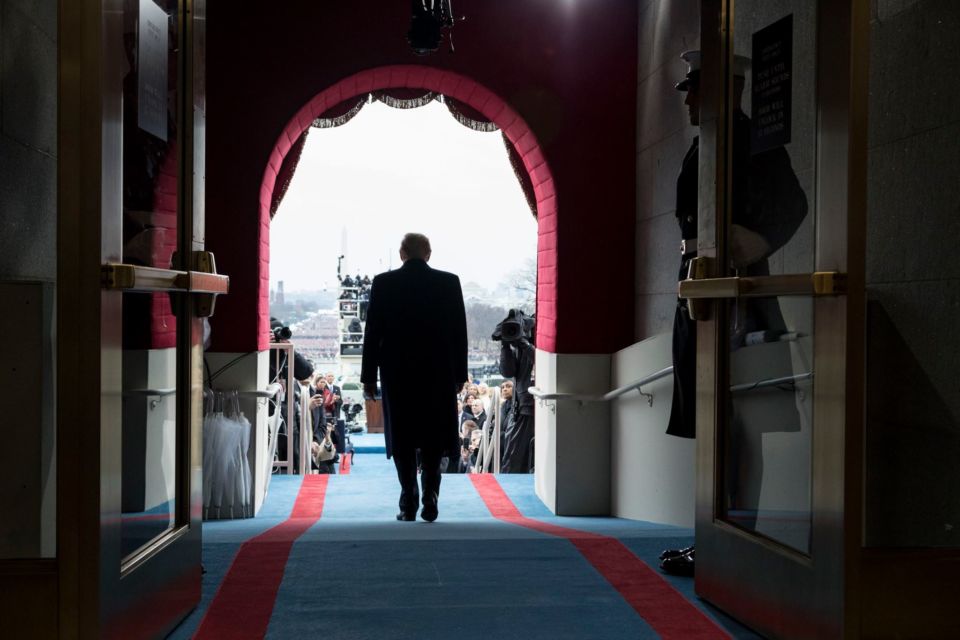 Despite strong economic growth, U.S. equity performance has faltered badly a couple times this year, perhaps primarily because of growing fears about the fallout from the current president’s trade wars.  Although his administration justifiably cut corporate tax rates, effective in early 2018, which helped equities perform well in 2017, this year its policy focus has been on tax hikes (higher tariffs) on imports and a threatened transformation of the North American Free Trade Agreement (NAFTA) into a less-free trade deal (the just-proposed U.S.-Mexico-Canada Agreement, or USMCA).

Protectionist policies have never been bullish.

To become law, USMCA first must be approved and endorsed by the Senate and House, but there’s no certainty that’ll happen, especially if the GOP loses control of the House of Representatives in next month’s elections. Yet that could be a good thing. Absent a change, NAFTA remains operative, as it has no sunset provision; no change probably would be better (for trading partners in the U.S., Canada, and Mexico) than adopting USMCA. The USMCA takes many steps backwards from NAFTA, away from principles and practices of freer trade.

The president, as a typical protectionist, is bothered that imports from trading partners have grown even faster than exports to them, contributing to a wider trade deficit. But there’s no evidence American importers haven’t wanted or liked the stuff they’ve bought. Trump second-guesses their motives and interests.

The counterpart to any merchandise trade deficit is a capital account surplus, wherein a nation exports more financial assets than it imports.  That’s the case for the U.S. That’s why, overall, it’s called “the balance of payments.” Does the president wish to reverse this capital flow, to achieve his preferred trade flow? In short, does he wish to cause capital flight? That too hasn’t been bullish for the performance of financial assets.

By the president’s logic, his real estate firm records a loss whenever it imports (and pays for) steel from South Korea, without also sending an equal sum of goods (for free) to South Korea.  Similarly, by his logic, his hometown of New York City is getting ripped off because it imports far more food than it exports; it’s got a huge trade deficit in food. Is that a loss or a theft, to be prohibited?

To achieve a trade balance, should government curb the city’s food imports or compel city dwellers to become farmers who export their food to Iowa? Should we “fix” this “broken food-trading system” by reducing or banning food trade? The president’s trade logic says we should, even though the result would be catastrophic.

Potentially worse than ending NAFTA is the “trade war” with China, which is, in fact, a civil war among Americans.  Mr. Trump’s premises and policies are particularly egregious when he insists that a trade deficit entails a loss to the net-importing nation. More typically, protectionists will concede (as they must, if they know anything about the mutual gains that come from trade) that more trade is generally a good thing, although it may disadvantage (but not violate the rights) of some; but few protectionists will be so ill-informed (or so brazen) as to join Mr. Trump in believing trade is a zero-sum or negative-sum game.

Note that such premises imply that the trade deficit should be eliminated entirely, to get rid of the “loss,” and better yet, transformed into a trade surplus, or “gain” (which, by Mr. Trump’s own account, implies that the U.S. should be “ripping off” other nations). Mr. Trump also repeatedly words his policy as “slapping tariffs on China” and others that export to America, but of course it’s Americans — importing households and firms — who pay his tariffs.

The current administration already has raised tariffs as high as 25 percent on certain imports (beginning with steel and cars); that policy doesn’t go away with the USMCA. As foreign nations retaliate, they boost tariffs on their U.S. imports, more recently on America’s farm goods (like soybeans).  In response, the administration has taken other resources totaling $12 billion to subsidize the farmers he has harmed by tariffs. He seems to believe that taxing folks in a daisy chain can revive lost U.S. factory jobs. It’s self-defeating; it reduces prosperity. The way to revive U.S. manufacturing is to slash labor and environment regulations, but Trump doesn’t dare do that.

The logical and moral case for free trade, whether it’s interpersonal, international, or intra-national, is that it’s mutually beneficial. Unless one opposes gain per se or assumes exchange is win-lose (a zero-sum game), one should herald trade. Apart from self-sacrificing altruists, no one trades voluntarily unless it benefits oneself. Trade also relies on and promotes peace since it entails a perpetual reconciliation of different opinions. People trade precisely because they disagree about estimates of value.

For example, if I spend $800 for a smartphone, I value the phone more than the $800, while the seller values the $800 more than the phone. We trade, in part, due to differing relative valuations; if we didn’t so differ, we wouldn’t trade.

Trade is also beneficial to those of differing talents and productivity — the principle of comparative advantage explained by classical economists starting two centuries ago. It means there’s room for all, for fair pay and dealing, and thus no inherent conflict of interest among rational traders. That one person has an absolute productive advantage in most or all endeavors doesn’t mean he shouldn’t specialize.

LeBron James may be better than anyone else at playing basketball and mowing lawns, but he’s comparatively better (and happier) at playing basketball, which means he’s no competitor to others perfectly able and willing to mow lawns. A policy that curbs or prevents this allocation destroys both freedom and gain.

This Is Not Greatness

The president pledges to “make America great again,” which is a crucial and noble sentiment. But protectionism only hurts rather than helps do that job. Roughly half the parts in Ford’s best-selling trucks are now imported; if Mr. Trump had his way, we couldn’t even make Ford trucks, let alone make America great again. To “buy American,” as the nationalists and nativists demand, is to eschew today’s beneficial products while underrating the benefits of yesterday’s globalization of trade and fearing tomorrow’s.

Just as America at its best is a “melting pot” of personal backgrounds, identities, and origins, so also products at their best embody a melting pot of globally sourced labor and resources. Mr. Trump claims to be pro-American but is unrealistically pessimistic about its productive power and competitiveness.

Given the benefits of free trade, the best policy any government can adopt is unilateral free trade (with non-enemy governments), which means free trade regardless of whether other governments also adopt freer trade. Tariffs should only be enacted to secure revenues (e.g., to help fund a navy, the merchant marines, or port infrastructure) and should be low and uniform in rate (applied equally to all imports, wherever sourced, not in discriminatory or targeted ways). Better-motivated (pro-trade) nations pursue bilateral or multilateral trade agreements, and although that’s better than “trade wars,” such approaches, in contrast to unilateralism, waste time and invite costly lobbying and cronyism.

Opponents of unilateral free trade contend instead for “fair trade.” In fact, that’s an unjust, self-sacrificing policy, for it means a government is choosing to impose on its own citizens the same harms that are imposed by foreign governments on their citizens.  “Fair traders” believe self-punishment can induce foreign governments to adopt freer trade. That’s nonsense. It has never happened.

A proliferation of harm, or mutually assured destruction, has been the main result. Whether one initiates or reciprocates protectionism, the result is mutually masochistic (less trade and less gain). The Trump administration denies these basic truths. As such it opposes not only unilateral free trade (the ideal) but also trade agreements that are bilateral (NAFTA) or multilateral (Trans-Pacific Partnership).

In early March, Mr. Trump tweeted that “trade wars are good and easy to win.” There’s not a single historical case of this, unless by “win” Trump means that tariff-paying Americans will lose still more than they already lose from paying tariffs, while other protectionist nations continue their refusals to lower their own trade taxes and barriers and thus ensure that their own citizens will keep losing too.

Since Trump defines an actual gain (net imports) as a loss for Americans, he’s equally comfortable with the illogic of defining an actual loss (higher tariffs on Americans) as a supposed gain for Americans.  At root, of course, the notion of a trade war is oxymoronic; trade entails mutual gain (the net production of value), while wars entail mutual harm (the net destruction of value). Only immoral people believe strongly in oxymoronic notions and seek to impose their delusions on innocents.

Apologists and optimists insist that anti-trade premises and policies will make other nations lower trade barriers, after which the U.S. will reciprocate.  Fat chance. Interviewed on CNBC earlier last July, Wilbur Ross (the commerce secretary and top administration protectionist) said the Trump administration didn’t care if the stock market performed badly because of its trade policies; when pushed, he refused even to name any percentage decline in equities that would cause the Trump team to relent in its destructive trade policies.

Keep this in mind as you witness U.S. stocks periodically plunging by 5 to 10 percent in just a single week (like [the] week [of Friday 12, October, 2018]). The only losses the Trump administration seems to care about and tries to stop are not the real losses people might suffer in their equity portfolios because of its anti-trade policies, but the phantom losses that it alone imagines must accompany the net importation of goods.