Climate Change and the Power of Scaremongering 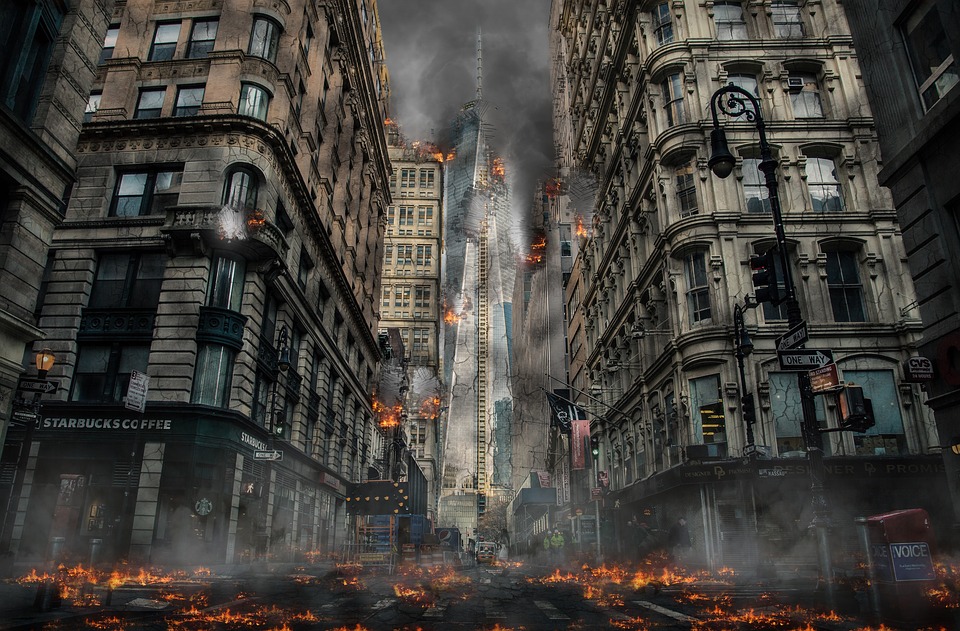 The New York Times and the scientists it cites in “U.S. Climate Report Warns of Damaged Environment and Shrinking Economy” (11/23/18), either do not understand simple mathematics, or rely on the ignorance of their readers to create a silly scaremongering headline over an absurd statistic. The NYT says that 0.13% will be shaved off the annual growth […]

The New York Times and the scientists it cites in “U.S. Climate Report Warns of Damaged Environment and Shrinking Economy” (11/23/18), either do not understand simple mathematics, or rely on the ignorance of their readers to create a silly scaremongering headline over an absurd statistic.

The NYT says that 0.13% will be shaved off the annual growth rate in real GDP (a measure of economic output) over the next 82 years. Wait, that isn’t what the headline says. The article says — with baited breath — in the year 2100, through “precise research”, “scientists” have determined that… 1/10 will be shaved off real GDP due to the harmful effects of global warming.

Let’s put that number in perspective. According to the government, the economy currently produces $18.05 trillion of goods and services. This is “real gross domestic product (GDP)” (measured in 2012 dollars, so the number is slightly higher in the purchasing power of today’s 2018 dollars).

82 years ago that number was: $905.6 billion. In 82 years, the real output of the economy has increased 19.9 times (!), for an annual increase of 3.6%. A small annual growth rate, compounded over a long period of time, leads to a large increase. Just use the “Rule of 70” to get an idea. Divide 70 by 3.6 and you get 19.4 years, the approximate time for GDP to double. Over 82 years, the compounding effect is dramatic, and you get basically a 20-fold increase in economic output.

Now, consider what the “scientists” quoted by the NYT are asserting. They somehow have “determined” that 82 years from now, in the year 2100, real GDP will be precisely 1/10 smaller than it would have been. How does this claim translate into an annual growth rate?

Well, over the past 82 years, real GDP grew at an annual rate of 3.6%. If it continues to grow at that rate, GDP in the year 2100, 82 years from now, should be: $330.7 trillion. Yes, that is the power of compounding, and the power of consistent, even if seemingly modest, annual economic growth.

It is also a demonstration of the absurdity of extrapolating far into the future. If 1/10 of this amount is shaved off, as the NYT “scientists” “precisely” assert, then real GDP 82 years from now will be $297.6 trillion. That reduces the annual rate of growth in the economy from 3.61% to 3.48%, a reduction of 0.13%.

So, there you have it. Global warming will reduce our annual rate of economic growth by 0.13%. This has been “precisely” determined by “scientists.”

Consider further the economic absurdity of this claim. I will make two points here.

Point 1: Making a Precise Economic Forecast That Far into the Future Is Impossible

No one can know with any meaningful level of precision how the economy will grow in the future. The only reasonable supposition is that the economy will continue to grow, to the extent it remains economically free. The richest countries in the world today score highest on the Index of Economic Freedom, an index that measures the friendliness of economic institutions to entrepreneurial activity and wealth creation. The U.S. currently ranks 18 (we have declined in recent years due to the imposition of tariffs, banking regulation, and other factors.) Our per capita GDP in 2017 was $59,531. Hong Kong and Singapore, currently ranked no. 1 and 2, have per capita GDP of $61,540 and $93,905, respectively.

So, if the U.S. economy remains relatively free, it will continue to grow, but at what rate? During the past 82 years, annual GDP growth has ranged from a decline of 11.6% to an increase of 18.9%. Although it has averaged 3.6%, the variations in the annual range have been enormous.

The first point is that to make any claim about what the level of GDP will be in 2100 is absurd, unless it is a more general claim, based on an economic truth, such as that economic growth and economic freedom go hand-in-hand.

That leads to my second point.

Point 2: How Far the Economy Grows Depends on How Free It Is

Whatever level GDP will be 82 years from now depends entirely on how free the economy is for the creators — entrepreneurs, scientists, financiers, and employees — to create wealth. The strong correlation between the Index of Economic Freedom — a measure of that freedom — and per capita GDP — is evidence of this fact.

A carbon tax will make production of goods and services more costly — so fewer of them will be produced. The annual effect is unlikely to be small, since the actual production of goods and services would have to be driven down if carbon dioxide emissions were to be reduced. Pro-carbon tax sources cite an annual reduction in GDP growth of 0.4% to an increase of 0.5% if it were used to replace a distortionary tax like the payroll tax in a revenue-neutral manner (i.e., no net increase in taxes).

But most advocates of these taxes do not want to see a revenue-neutral carbon tax. It is a money-pot too tempting to resist. Most of them see the U.S. as under-taxed and see a carbon tax (and other taxes designed to reduce carbon emissions) as a revenue pot that can be used for government spending.

Undoubtedly, all of that would reduce the rate of GDP growth, or even cause it to decline, as the level of government spending is one of the factors in the Index of Economic Freedom. A government that takes and spends is taking money out of the productive sector. Governments that take control of larger percentages of the economy see their economies grow at a slower rate or decline.

The Bottom Line Is: (Do) Nothing

So, what is the bottom line? If global warming will only reduce the annual growth rate in our standard of living by 0.13% per year, what should we do? The most plausible economic answer is: nothing. Because the cure is worse than the disease and likely to hurt the economy by much more than that.

Moreover, the “cure” will provide a huge new pot of revenue for the government to spend and dissipate, reducing our standard of living even further.

If global warming has such a small effect, as described by the experts cited in the NYT, then the only responsible conclusion is that we should do nothing. Wealth creation is the answer to global warming. A society that is 18x (!) wealthier 82 years from now — or even 6x or 3x wealthier — will probably be able to air condition entire cities in domes — just like in a science fiction novel — if the world were 1.4–5.8 degrees warmer then, as predicted by the consensus of global warming scientists.

Economics and statistics matter. They are embarrassingly absent from the scaremongering “scientific” research and general media articles on global warming today.

If economic and statistical reasoning is so poorly and tendentiously used to create scaremongering conclusions about unforeseeable economic states 82 years from now, how are we to judge other basic conclusions made in the global warming debate? For example, how are we to judge the basic conclusion from the Intergovernmental Panel on Climate Change that the world will be 1.4 to 5.8 degrees warmer 82 years from now?

I am not a climate scientist, but I am an economist and I am proficient in the use of statistics. The credulous manner in which cavalier economic predictions are made and the misuse of statistical methods makes me wonder at the level of care used in the other statistics cited in the global warming debate.

I suspect that a tendentious need to demonstrate certain conclusions may color the research that reaches these conclusions. It certainly must skew the type of research that gets government and private funding. Unfortunately, a prima facie case now exists in my mind to question this research, given the facile work done in two domains I do know. Good climate researchers, as I see it, have an extra burden of proof to shrug off given the establishment’s interest in scaring the public to impose massive new burdens on our economy to cure the threat from global warming, to the extent it exists.

And at a 0.13% per year effect on annual GDP growth — if that number were to be believed! — that threat is exceedingly small, and can be overcome quite easily through the simple cure of economic growth.