Trump Lays Down the Gauntlet of Dictatorship 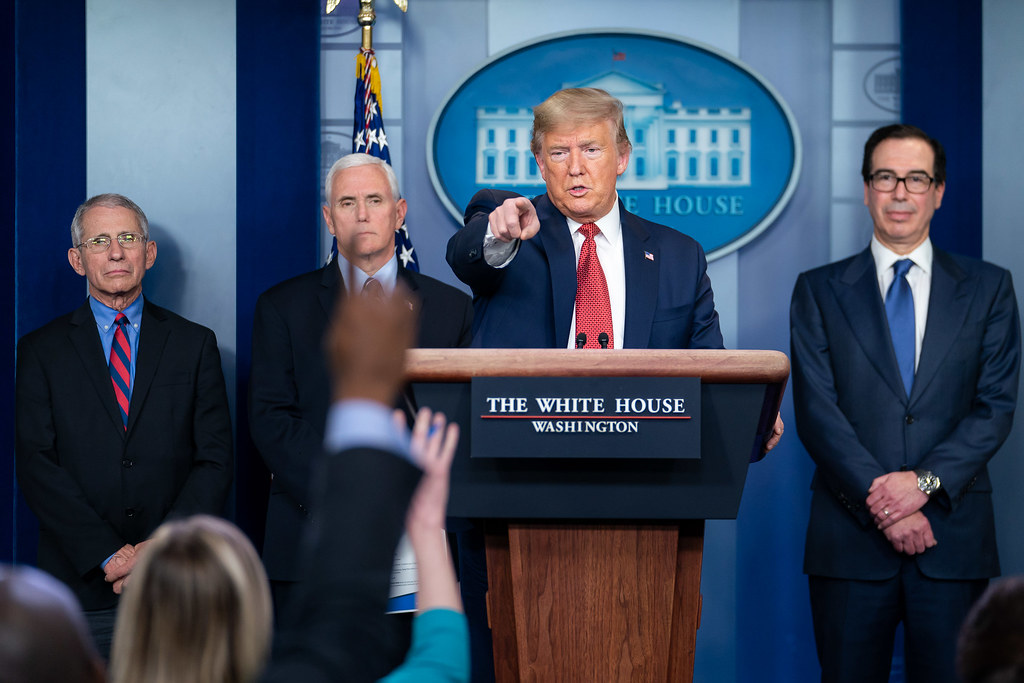 A dictator cannot stand any form of independence — whether in words or action — and neither can Trump.

This is the way a dictator talks. Those coarse words were spoken by President Trump to threaten and intimidate General Motors for its decision to close several unprofitable automobile plants in the American Midwest. The “there” Trump refers to is Ohio. He wants General Motors to build a new plant in Ohio to replace the ones it is planning to close in that state and two others.

President Trump is working hard to bring Americans to heel, through threats, intimidation, and unilateral executive action like the imposition of tariffs. Those are already quite effective. Trump’s tariffs have reduced businessmen to beggars, having to petition Washington for endless exemptions simply to operate their businesses.

A dictator cannot stand any form of independence — whether in words or action — and neither can Trump. Trump has excoriated iconic American businesses ranging from Harley Davidson to Amazon to Google to Facebook — the list goes on and on — for decisions he doesn’t like: such as providing a forum for what he calls “fake news” or opening up a motorcycle factory abroad.

Like an affronted king, Trump saves especial ire for those who speak against him. He has called the media the “enemy of the people.” He laughed and praised a Republican congressman for assaulting a reporter. He expressed admiration for Vladimir Putin even when reminded that Putin likely ordered the murder of numerous journalists in Russia. Trump’s unwavering admiration and whitewashing of Putin is telling: he sees a fellow spirit.

Trump disagrees with the editorial policies of Google and Facebook, so he threatens to break them up using antitrust laws or to turn them into soul-less and profitless utilities controlled by the government. For Trump, the end justifies the means and a law is only useful as a tool for him to assert his will.

Trump saves especial ire for Jeff Bezos, the incredibly successful entrepreneur who founded Amazon, because Bezos also owns the Washington Post newspaper, a newspaper that criticizes him. Trump continually floats creative new ways of punishing Amazon, from breaking them up using antitrust to just ordering the monopoly US Postal Service to hike its rates for Amazon.

A dictator cannot stand any independence in his subjects, in thought or in action. Trump is acting like a dictator. He seeks equally to control the body and the mind, the material realm of business, and the intellectual realm of speech.

Fortunately, a Jeff Bezos or a New York Times can stand up to him. But many others, such as the businessmen begging for exemptions from arbitrary tariffs, are already at his heel.

Trump will be out of office — whether he gets another term or not — before a full dictatorship comes to America. However, he will have “greased the skids” for it to happen here. His dictatorial traits, displayed in his brutish coarseness, is prepping Americans for future dictatorship. Trump has laid down the gauntlet, and Americans are doing nothing. As a result, the next President will have an easier time of imposing his will on all of us.