The Government Against Santa Claus

Feds to Crack Down on Santa Claus

The US Justice Department announced today that it will file an antitrust suit against Santa Claus. “He’s got a monopoly on delivering presents on Christmas Eve,” said Justice Department spokesperson Ben Scrudge. “Plus he’s giving those presents away for free. Who can compete with that?”

Meanwhile, labor union leaders are looking into unionizing Santa’s elves. “Those poor little elves haven’t had a raise in two hundred years,” said AFL-CIO spokesperson Carl Marks. “We’re working closely with the Labor Department to see that something is done.”

At the same time, advocates for Elves Rights are lobbying Congress for legislation forcing Santa to grant retirement benefits to the elves. “Some of those elves have been working for Santa for five hundred years. Enough is enough!” said Elf advocate Smurf Smidgin, leader of the Occupy North Pole movement.

In a related story, the FAA is investigating Santa’s sleigh and is threatening to ground him. “He has no pilot’s license as far as we can tell,” said FAA spokesperson Sam Luddite. “Plus, that sleigh is definitely an experimental aircraft.”

The National Security Agency is also looking at Santa’s sleigh. “That thing travels faster than the speed of light, plus he’s got some kind of magic bag that holds 500 million presents. We regard both the sleigh and the bag––in fact, Santa’s whole operation––as potential threats to national security,’ said an anonymous spokesperson for the NSA.

The NSA would not comment on rumors that they are monitoring children’s letters to Santa. However, anonymous sources commented off the record, “Santa isn’t the only one who knows whether you’ve been naughty or nice.”

On another front, the EPA is requesting that Santa file an environmental impact statement. “He’s up there polluting a pristine environment and contributing to global warming. That’s got to be stopped,” said EPA spokesperson Misty Marsh.

Meanwhile, professor of philosophy Dr. Filbert Nitpicker, commenting in a radio interview, said, “I don’t see what all the fuss is about. Santa Claus doesn’t really exist, he’s a figment of people’s imaginations—hey, wait a second, who put this lump of coal in my sock?”

FEEL FREE TO SHARE
David Gulbraa
David Gulbraa is a writer in Orange, California. His latest book is the short story collection The Boy Who Got Hit By Cars. 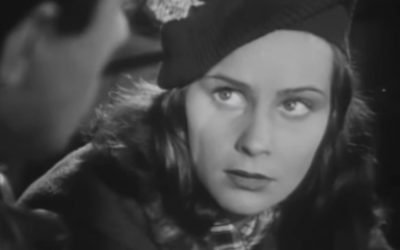