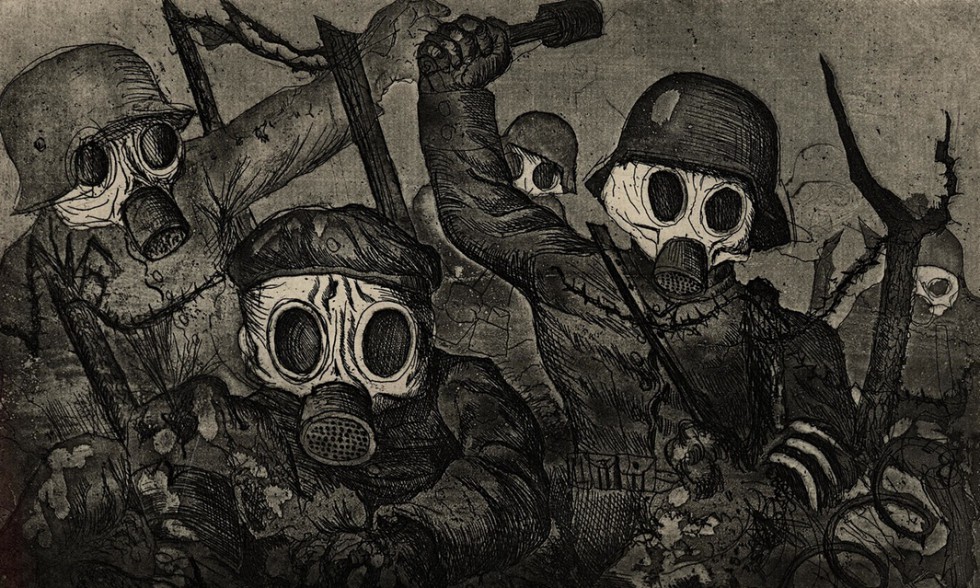 The Baleful Rise of the Alt-Right

We are now witnessing the rise of a new (very old) Leftist phenomenon–the so-called “alt right.” Roughly twenty-five centuries ago, the great Chinese philosopher, Confucius, said: “The beginning of wisdom it to call things by their proper name.” The alt-right is not an individualistic, individual rights phenomenon. Rather, they are the opposite–a human being’s worth or lack thereof, to them, is defined not by his/her own personal choices and character but by the racial group into which he/she happens to be born. The racial group, not individual thinking or choices, is morally pre-eminent. The “alt-right” is a  racist, white supremacist[xxiv], statist, and socialist movement: They would use the power of the state to coercively keep non-whites out of the country, to separate the races, to re-distribute income and run a welfare state for poor white Americans.[xxv]

What of the inalienable rights of honest, hard-working non-whites, who might choose to live in towns or neighborhoods alongside of whites?  What of the inalienable rights of a white man or woman who seeks to marry a non-white individual and continue to live in the white portion of the country? The rights of bi-racial children who grow into honest adults and choose to live in the white man’s land? There are no individual rights in the white “ethno-state” these racists seek to impose. The race is all-important. Individual rights are subordinated to its needs, perhaps even abrogated entirely. In exact literal terms, who are these mentalities? They are neo-Nazis. They are the National Socialist Left.

Richard Spencer and other leaders of the National Socialist Left often show their indebtedness to current identity politics and to Post-Modern philosophy that gives rise to it. Following the lead of identitarians who maintain that only women can understand or talk meaningfully about women’s issues and that only blacks can understand or talk meaningfully about black issues, etc., the new Nazis maintain that only whites can understand and/or talk meaningfully about the white experience. As with any other racial collective, whites have experiences and issues unique to them–and, in the seething cultural maelstrom of ethnic and gender collective subjectivities, it is equally important that white voices be heard as it is that black or women’s voices be heard. “White lives matter,” chant the new Nazis.

Related, to these white racists, whites are as vulnerable as any other ethnic group and require cultural “safe spaces” for their protection.  Richard Spencer, for example, acknowledges that Asians generally score higher on IQ tests than do whites, argues from this that Asians are, on average, more intelligent, and concludes that this truth lends greater urgency for imposing immigration controls and establishing a white ethno-state to protect whites from Asian superiority.[xxvi]   The sociologist, Dr. Nikos Sotirakopoulos, writes:”The Alt Right is a ‘trendy’ version of old racism, because it is in tune with the cultural script of our time. It is…promoting ‘white vulnerability’. Playing the victim card pays, so they are cashing in on that.”[xxvii]

The National Socialist Left promotes a series of racist ideas integrated around a central theme: Intelligence and civilization are genetically-based. For example, Jared Taylor is a writer and founder of the white nationalist on-line magazine, American Renaissance. “Taylor argues that Blacks are generally less intelligent than Hispanics, while Hispanics are generally less intelligent than whites, and whites are generally less intelligent than East Asians…”[xxviii] So whites, being inferior to Asians, are vulnerable to their superiority. In keeping with the nature and history of Fascism, the contemporary National Socialist Left views its favored group–the white race–as vulnerable, in danger of victimization, and in need of a(n) uniquely white homeland to spare it becoming a minority and a victim. Taylor says:  “Whites are making a terrible mistake by setting in motion forces that will reduce them to a minority.”[xxix]

At the same time, Taylor holds that whites are vastly superior to blacks. Indeed, he claims:  “Blacks and whites are different. When blacks are left entirely to their own devices, Western civilization — any kind of civilization — disappears.”[xxx]

So, depending on which race the new Nazis use as a contrast, whites are either inferior or superior. Their beliefs constitute a farrago of white inferiority and white supremacy.

What, then, is the essence of this phenomenon?

It is old-school, anti-non-white racism filtered through the philosophic lens of Post-Modernism.

Post-Modernism literally gave the most educated members of the generally ignorant white supremacist movement an au courant philosophy to intellectually bolster their racist beliefs. Is it an accident that Richard Spencer holds a B.A. in English Literature and Music from the University of Virginia, an M.A. in  Humanities from the University of Chicago, and that he spent two years as a doctoral student at Duke studying modern European intellectual history?  Similarly, is it an accident that Jared Taylor holds a B.A. in Philosophy from Yale and an M.A. in International Economics from the  Paris Institute of Political Studies? Is this an accident–or did they study philosophy with professors similar to those who taught members of the Marxist Left?

The defining influence of the new Nazis is the fundamental principle of Post-Modernism: There is no objective truth, based on an independently-existing reality, and identical for members of all races. Rather, there are the competing worldviews of differing collectives, each holding its own truth based in its distinctive race-dominated, subjective experiences. On the principles of Post-Modernism, the racist claims of the new Nazis are logically unanswerable: Whites have their own racially-unique, subjective experiences–and, [LIKE] all other human collectives, have a right to be heard.

The National Socialist Left is, in the memorable words of Nikos Sotirakopoulos, “Post-Modernism’s monster children.”[xxxi]

On Post-Modernist premises, the Marxist Left has no coherent response to the racist claims of the National Socialist Left.

If the Marxists respond, you are the dominant race, you are the oppressor, and your voice has long been the only one heard, the new Nazis have a compelling answer: So what? There are only competing racial subjectivities–and our experience is as valid as that of any other racial collective.

For the sake of argument, let’s suppose we accept the claim that a particular race was long and inveterately the oppressor of other races. (World history shows us the falsity of such an assessment…but let’s pretend.[xxxii]) Let’s then conduct a grisly thought experiment.

On the assumptions of racial subjectivism, if one race believes in genocidal slaughter of a differing, more peaceful race–and the second race deems this not such a great idea–it is not that one belief is right and the other is wrong; it is merely that they are different, results of two differing racial experiences, manifesting two contrasting racial truths.

On the other hand, on the premises of ethical objectivism, there are moral principles that hold true for all human beings. For example, one who believes in objective moral principles (as the current author definitely does) will say: Murdering an innocent human being is morally wrong–and is wrong no matter how many blood-thirsting persons or groups clamor for it. Murder is morally wrong…regardless the subjective experiences of this race or that, irrespective of how intensely the racial experience of a specific tribe favors it.[xxxiii] We condemn the Nazis for the Holocaust, after-all, not because we doubt the intensity of their racist experiences–but because we uphold the principle that murdering innocent human beings is morally wrong, objectively wrong…regardless of who, or how many, experience it as pleasurably fulfilling.

From the standpoint of ethical objectivism, the rational response to brutal oppressors is: What you are doing, and have long done, is hideously immoral. Cease and desist–and quit your intellectual defense of it.

However, the Marxist Left, rejecting the principle of objective truths, and holding that truth is relative to racial membership, has no coherent answer to the oppressor. For when they declaim to the conquering race: “You are criminally wrong in the brutal suppression you wreak on weaker races,” the dominant race need only respond: “That is merely your racial truth. Ours is that we possess rightful mastery and dominion. Our racial truth is right for us.”

Further, the dominant race can legitimately (on these premises) point out: “There is no oppressor and oppressed. Those concepts are weighted with the belief that it is morally wrong to aggressively conquer and subjugate weaker races. But wrong–by what standard? There is no objective right and wrong. Rather, each race has its own truth, they often differ, and when they do they compete, they struggle–the stronger wins, the weaker loses. There is no oppressed and oppressor, right and wrong, good guys and bad guys. There is only strength and weakness. We are the strong–and we intend to keep it that way.”

Given the internal logic of the Post-Modern philosophy held by each contemporary Leftist camp, there is no moral response to the depredations of a self-identifying “master race.” There is only the subjective whimper: “But we don’t like it.”

[xxvi] Dr. Nikos Sotirakopoulos, author of The Rise of Lifestyle Activism: From the New Left to Occupy, in email correspondence with  the author.

[xxvii] The sociologist, Dr. Nikos Sotirakopolous, in email correspondence with the author.

[xxxi] Nikos Sotirakopoulos, in private email correspondence to the author.

[xxxii] Regarding white Europeans, for example, the claim is unhistorical and egregiously inaccurate. The Greeks, let us remember,  in the 5th century B.C., fought desperately to protect their independence from incursions by the mighty Persian Empire. Much later, North African Islamic warriors conquered Spain in 711 A.D., held much of the country for centuries, and invaded France in 732. Muslim Moors conquered Sicily in the 9th century A.D. and held it for better than 150 years. In 1453, Ottoman Turks conquered the Greek city of Constantinople, founded by the Emperor Constantine more than a millennium previously,  thereby completing the collapse of the ancient Byzantine Empire, largely Greek, and  thereafter Islamic. Ottoman armies invaded and conquered generous swathes of Eastern and Central Europe, holding extensive portions for centuries, and twice besieging Vienna, the final time in 1683. For hundreds of years, the Mediterranean was accurately referred to as “an Ottoman lake,” in which Islamic warships preyed repeatedly on Christian shipping and conducted endless slaving raids on European coastal towns. Untold thousands of white European Christians, perhaps as many as 1.25 million, were cruelly enslaved by the Turks and the Barbary Pirates, their North African satraps–and so-called “white slavery” became a commonplace. In its dying gasp, the Ottoman Empire slaughtered at minimum one million innocent Armenian Christians, all of whom were white.  And so on and so forth.  On widespread white slavery in North Africa, see: Giles Milton, White Gold: The Extraordinary Story of Thomas Pellew and Islam’s One Million White Slaves (New York: Farrar, Straus and Giroux, 2006). See also: Robert Davis, Christian Slaves, Muslim Masters: White Slavery in the Mediterranean, the Barbary Coast, and Italy, 1500-1800 (New York: Palgrave Macmillan, 2003).