America’s New ‘Red Scare,’ Unlike the Old One, is Fake

The political left in America is conveniently a half-century late; in the 1950s, 1960s and 1970s the Russian threat was real and the ‘Red Scare’ justified; the latest scare is fake, an excuse by the left to explain its electoral failure 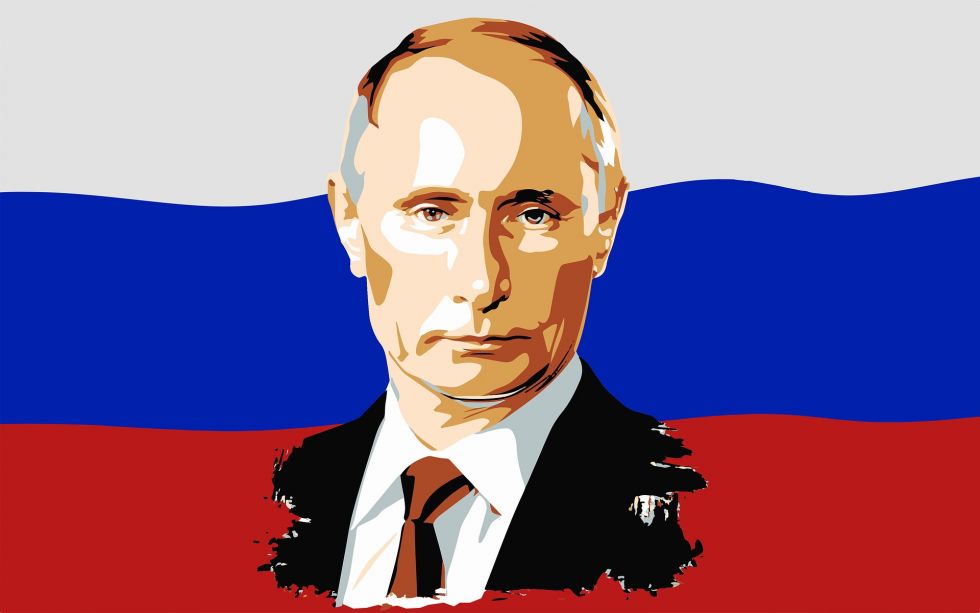 The same American left-wing that now portrays a democratically-elected Putin as “dangerous” and omnipotent, portrayed mass-murder Stalin as a benign “Uncle Joe.” The political left in America is conveniently a half-century late; in the 1950s, 1960s and 1970s the Russian threat was real and the ‘Red Scare’ justified; the latest scare is fake, an excuse by the left to explain its electoral failure.

As a candidate Donald Trump said he’d put an end to self-defeating and self-destructive U.S. foreign policies, not because he was a pacifist like libertarian Rand Paul but because he wanted to put “America first.” That was a proper, self-interested policy – hence bullish. As a candidate Trump also urged other supposedly grown-up nations like Japan and South Korea to start providing more for their own national defense (even developing nuclear weapons if necessary); he also warned NATO allies to step up their military spending (as required) and stop relying so much on the U.S. These alleged U.S. allies complained, of course, because they prefer to be military free-loaders.[1]

Unlike candidate Trump, President Trump seems willing to retain most of the self-defeating, anti-American foreign policies adopted by George W. Bush, Barack Obama, and John McCain – “neo-conservative” policies that assume the U.S. must serve as the “policeman of the world,” must enter all foreign frays, right all wrongs, settle civil wars, and remove rogues, even if doing so makes things worse, doesn’t advance the U.S national interest, and even jeopardizes U.S. military and financial security. This is a bearish policy.

Yes, the U.S. is (and should be) “the leader of the free world,” but that doesn’t mean it should be the liberator of the unfree world, nor a “nation builder.” If the unfree peoples of the world wish to be free, they should first read Atlas Shrugged, then read the Declaration of Independence, then read the Federalist Papers, then revolt against their despots, and finally, adopt something akin to the U.S. Constitution, customized to local needs.

Our relationship with Russia is worse now than it has ever been, and that includes the Cold War. There is no reason for this. Russia needs us to help with their economy, something that would be very easy to do, and we need all nations to work together. Stop the arms race? — Donald J. Trump (@realDonaldTrump) April 11, 2018

The U.S. military has been in Syria since 2014, amid a civil war. It has no specific goal. None. Nor has the U.S. Congress officially declared war on Syria, as required constitutionally.  There is no debate.

As a candidate in 2016 Mr. Trump called U.S. involvement in Syria ridiculous – and rightly so. Yet last April, as president, he launched sixty missiles into Syria, hitting nothing important, because someone there used chemical weapons. It was terrible, yes, for the chemical victims, but the attacks had nothing to do with U.S. national security interests – and Trump knew it. Last week he said he’d leave Syria soon – after saying repeatedly during the campaign that it was self-defeating for the U.S. to telegraph its military moves. More chemical weapons were (allegedly) used in Syria last weekend, so today Trump pledged to launch more missiles into Syria, this time threatening Russia, which has been helping Assad in Syria clear out Muslim rebels. Like Obama, Trump seems to favor Muslim terrorists over secular, stable strongmen – and to hell with American interests.

In another crazed “tweet” recently, Trump claimed Russia was an enemy of the U.S. – which is a patent lie. The U.S. relationship with Russia, he wrote, was now “worse than it has ever been, and that includes the Cold War.” This is preposterous. Were it true, it would be Trump’s fault; he’s been running U.S. foreign policy for more than a year now. What we have here is Trump the dangerous ignoramus. The fact is, America and Russia were mortal enemies during the Cold War, with mass tonnage of nuclear weapons aimed at each other’s cities. In 1962 a weak U.S. president (JFK) nearly triggered a nuclear war with Russia by allowing it to place U.S.-targeted missiles in Cuba, in response to his own government placing U.S.S.R.-targeted missiles in Turkey. Today’s U.S.-Russia relationship is worse than that? Trump lives in a made-up world.

Russia vows to shoot down any and all missiles fired at Syria. Get ready Russia, because they will be coming, nice and new and “smart!” You shouldn’t be partners with a Gas Killing Animal who kills his people and enjoys it! — Donald J. Trump (@realDonaldTrump) April 11, 2018

Trump claims to admire President Reagan, but Reagan ended the Cold War not by making enemies of allies or appeasing real enemies or embroiling the U.S. in long, costly, and unrelated wars and skirmishes but by directly and firmly rejecting the suicidal doctrine of “Mutually-Assured Destruction” (M.A.D.) and telling the U.S.S.R. he knew it was bankrupt, both morally and financially, and would never defeat the U.S., whether militarily or economically.[2]  Trump is no Reagan; before long he may look like previous imperialist jackasses in America, Teddy Roosevelt and John McCain.

That Trump is now picking fights with a non-socialist Russia is pathetic and laughable. He’s doing this not because it promotes America’s national security but because it assuages Trump’s personal insecurity about silly claims by vengeful leftists that he’s a mere Putin puppet. The conspiracy theorists among today’s leftists say this only because they can’t explain why either of their beloved socialists, Bernie Sanders and Hillary Clinton, couldn’t beat Trump in 2016. They’re convinced Russia did it. They believe Russian “bots” are embedded in social media and surreptitiously lodged in our brains by ghostly KGB agents, even hiding under our beds – telling us all who to vote for.

This is America’s new “Red Scare,” but it’s coming not from 1950s conservatives in the John Birch Society who had genuine dangers to fear, given the brutality and imperialism of the U.S.S.R.; rather it’s coming from today’s pathetic, vengeful leftists, the same political wing that brazenly denied that the murderous U.S.S.R. was a threat during the Cold War. The same American left-wing that now portrays a democratically-elected Putin as “dangerous” and omnipotent, portrayed mass-murder Stalin as a benign “Uncle Joe.” Rather conveniently, the political left is about fifty years too late; the time to fear and adamantly oppose Russians was during 1945-1990 (when they were committed, vicious socialists), not since the dissolution of the U.S.S.R. in 1991 (as Russians became mere innocuous non-socialists).

In the past fifty years the U.S. hasn’t fared very well militarily (or economically) whenever it has blustered and intervened in foreign civil wars which in no way ever advanced its own national interest. For examples, just see the Korean “conflict” (1951-53),[3] the Viet Nam War (1963-1975),[4] Yugoslavia (1998-99),[5] Afghanistan (2002-present), and Syria (2014-present).[6] Mr. Trump is either unaware of this history, which is bearish for stocks, or he’s aware of it and will intervene anyway (which is also bearish), hoping it’ll stop crazy leftists from humiliating him with their stupid lies about why neither Bernie nor Hillary is president.

Dr. Salsman is founder and president of InterMarket Forecasting, Inc., an assistant professor of political economy at Duke University, and a contributing editor at The Objective Standard. He can be reached at [email protected].