What is critical, however, in rebutting the proposals is to parse the disparate, inchoate elements from one another, drawing attention to the ever-shifting justifications carbon tax advocates offer.

Washington City Paper’s February 8 article discussing the ongoing carbon tax initiative in the District of Columbia—A Carbon Tax Is Popular, But District Lawmakers Can’t Decide How To Implement It—reads like a comedy of errors. A change to public policy as significant as a tax on energy requires precision and clarity, but the proposals being tossed around D.C. are instead half-baked and imprecise. What the discussion lacks is a clear delineation of how the sundry proposed government actions would achieve the desired ends. And more fundamentally, the discussion fails to identify precisely what those desired ends are.

The panoply of misrepresentations and inchoate arguments, though specific to D.C. in its details, is representative of the underwhelming case being made for a carbon tax in a number of states across the country as well as at the federal level. Carbon tax advocates, as aptly described by the Manhattan Institute’s Oren Cass in his essay “The Carbon-Tax Shell Game,” have no one ironclad argument in favor of their proposals and instead resort to new lines of reasoning each time a justification is challenged. The Washington City Paper article illustrates just this point. Among the justifications presented by local activists and politicians for enacting a carbon tax in D.C. are that it would reduce childhood asthma, that it would help the environment, and that it would spur investment in carbon-free energy technologies—all, of course, in the context of maintaining Mayor Muriel Bowser’s pledge of fidelity to the United Nations’ Paris climate agreement intended to slow global warming.

What About the Children?

The first activist trotted out by City Paper’s Rachel Kurzius leverages her 8-year-old niece’s asthma in her advocacy. Taxing D.C.’s greenhouse gas emissions, the activist implies, would mitigate the prevalence and severity of childhood asthma. But there is no proven connection between local greenhouse gas emissions and asthma. The speculated relationship between global emissions and asthma is itself at best tangential. According to the National Institute for Health, the most plausible link between the recent rise in childhood asthma and greenhouse gas emissions is not the gases themselves, but rather the increased respiratory exposure to atmospheric pollen that results from the long-understood, plant growth-inducing greenhouse effect, which has contributed to the underreported (literal) greening of the planet over the last few decades. The activist’s suggestion—that taxing greenhouse gas emissions would help her niece—is untrue on two accounts. First, the gases do not themselves affect the lungs as her commentary suggests; second, the speculated effect, by way of increased pollen production, is a global phenomenon that would not in any way be reduced by taxing D.C.’s emissions, which represent an infinitesimal fraction of the global total. And though a D.C. tax would not be consequential enough to beget pollen reductions, it would be refreshing to hear activists say out loud, “We want to tax carbon so that some of the plants die off.”

Along with the misleading asthma claims, D.C.’s carbon tax activists posit purported environmental improvement that could be sown by the policy. The problem with this line of reasoning is that greenhouse gases, as mentioned above, are speculated to have been having an enhancing effect on plant growth on balance globally. Perhaps what the activists highlighted in the article intend to identify as a threat to human health and the natural world, rather than greenhouse gas emissions, is local air pollution, such as particulate matter. But concerns of that sort, though in some cases valid, could be more efficiently addressed if detached from the climate crusade. Indeed, the case for greenhouse gas mitigation health “co-benefits” is tenuous.

An Incentive to Innovate?

Just as a D.C. carbon tax would be an ineffective way to address childhood asthma and local air pollution, the case that it would spur innovation in carbon-free energy technology—even if one were to accept that as a rational policy goal—is dubious. As Oren Cass notes in “The Carbon-Tax Shell Game,” the theory that intentionally driving up the price of conventional energy will lead to new developments defies the empirical evidence from regions where such policies have been pursued. “That evidence comes from Europe, a comparably sized market to ours, where taxes and related policies have already pushed energy costs far above the levels that a carbon tax would take them in the United States,” Cass writes. “To the extent that large price signals will produce innovation, the United States could presumably free-ride on the incentives offered and paid for by the European market. But such innovation has not been forthcoming, and it is unclear why more of the same signals in the American market would change the dynamic.”

With the substantive arguments for a local carbon tax on such shaky ground, one might wonder how the activists expect to convince voters. The answer, however, is as simple as can be: D.C. carbon tax advocates intend to extend D.C residents a bag of loot.

As plainly described by the activist in the City Paper article, “the hook” with which she convinces people to support a carbon tax is that they will “get paid to do it.”

The plan proposed by the Chesapeake Climate Action Network (CCAN), a driver of the D.C. push, hinges politically upon a sizable check being cut to low-income D.C. citizens. In CCAN’s own words, “This would put more money into the pockets of D.C. families, ensuring that low-income and middle class residents are better off in the transition to clean energy. The rebate would more than offset any rise in consumer prices for the vast majority of residents. In fact, an initial analysis of a D.C. carbon fee set at a mere $20 per ton would yield about $225 per resident per year, increasing steadily over time to over $1,100 by year eight of the program.”

What a neat trick! The “vast majority of residents” are going to get far more back in carbon tax dividends than they pay in? Of course, if that is true, it would mean a small percentage of D.C. stakeholders—businesses and those with incomes high enough to exceed the determined “need” threshold—would presumably be footing the bill, which is a good recipe for stifling job growth in D.C. and prompting a spate of relocations across the Potomac River to neighboring Virginia.

Beyond that, it is a fallacy to think that people necessarily benefit if they “make money” from a new carbon-tax-and-rebate scheme. For example, consider a large carbon tax that prompts people to give up their cars and take the bus. Even if they ended up getting more in checks than they paid out in transportation costs these people would still be worse off because of the higher energy prices as the tax has now coerced them away from their preferred action and has potentially cost them in terms of time and other considerations. If the tax does not coerce them away from cars and into buses (because the rebate effectively renders elevated transportation costs moot), then is the tax really serving its purported climate and environmental purposes?

In addition to the above problems, this plan sounds an awful lot like a new entitlement program. Imagine that D.C. executes the CCAN carbon tax plan and achieves its goal of reducing emissions by 50 percent by 2032. What then? Will the D.C. government be able to retire the rebate? Or is it more likely that this new entitlement program will become a relied-upon source of income for families and a political third rail?

When cash is on offer as it is in this proposal, the incentives seldom comport with long-term efficiency. By succumbing to the temptation of this thinly-veiled wealth transfer scheme, D.C. City Council would be setting itself up for a headache.

We can challenge the misinformation surrounding the D.C. carbon tax initiative with facts: a local carbon tax would do nothing to reduce rates of childhood asthma, it is at best a clumsy way to address local air pollution, and the evidence suggests even a national tax could fail to spur carbon-free technology development. The so-called rebate—really a transfer of wealth—will perhaps be more challenging, as free stuff has a powerful allure. What is critical, however, in rebutting the proposals is to parse the disparate, inchoate elements from one another, drawing attention to the ever-shifting justifications carbon tax advocates offer.

The Canadian government’s net-zero 2050 plan has been aptly criticized for not being feasible because it ignores reality: the lack of necessary technology and the increasing demand for affordable and reliable energy in developing countries around the world. 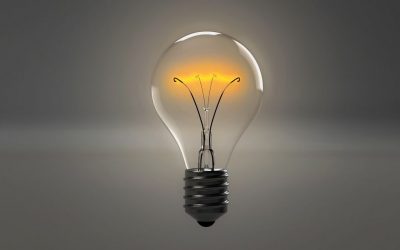 Without fossil fuels, much of the world would freeze in the dark. We just don’t yet have enough alternatives.

Pandemic or not, the dream of abandoning fossil fuels is just a dream—a suicidal one