U.S. Should Not Turn a Blind Eye Toward Egypt’s Statism

The Cairo regime is notorious for flouting individual rights, freedom of speech, and rule of law. If Trump takes those political ideals seriously, he should call out, rather than turn a blind eye to, Egypt's persistent authoritarianism. 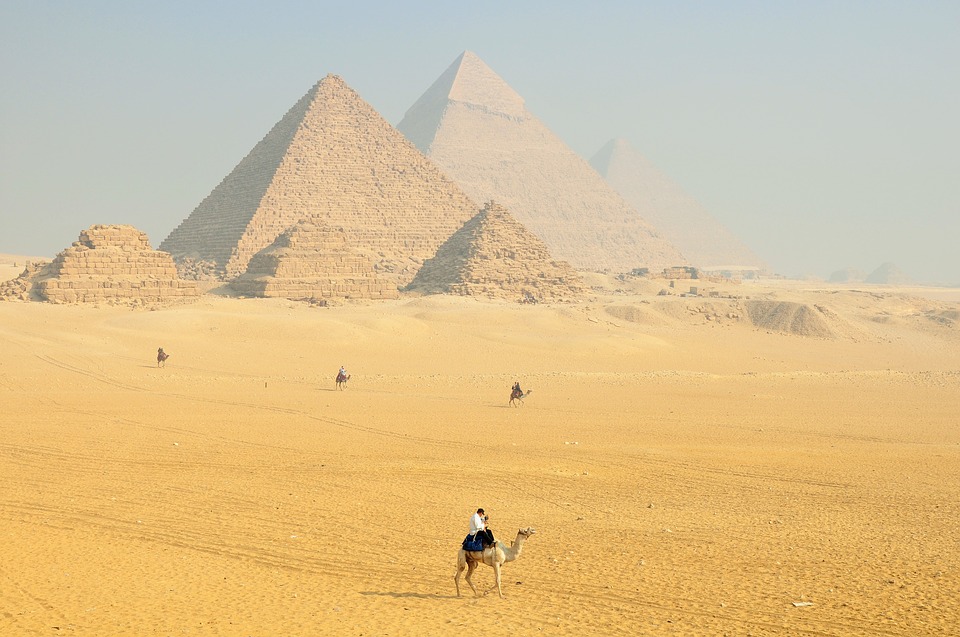 [This month] Egypt’s Preside­­­­nt Abdel Fattah el-Sisi will visit Washington to renew the longstanding U.S.-Egyptian alliance. For years, Egypt has been viewed by Democrats and Republicans as a stalwart ally and rewarded with billions of dollars in aid. But President Trump should seize this opportunity to put the relationship on an honest footing.

The Cairo regime is notorious for flouting individual rights, freedom of speech, and rule of law. If Trump takes those political ideals seriously, he should call out, rather than turn a blind eye to, Egypt’s persistent authoritarianism.

For a profoundly revealing illustration of Egypt’s political character, consider the fate of the former president, Hosni Mubarak.

Here’s the man who, until ousted during the Arab Spring, ruled Egypt for decades as a quintessential police state. During his tenure, an “Emergency Law” suspended the constitution (such as it was) and empowered the military-backed regime to do whatever it pleased. Arbitrary arrests were common. The state could decide that your crime required a secret military trial. While under detention, good luck withstanding the routine practice of torture. The secret police hounded political opponents, threatened their families, intimidated them. The state censored the media. Far from being independent, the courts did the regime’s bidding. No objective accounting and evaluation of Mubarak’s rule could end up with him being set free.

But under the Sisi regime, dense with Mubarak loyalists, there’s no rule of law. Which goes some way toward explaining why he has received little more than a slap on the wrist. Although convicted for involvement in the death of protesters in the Arab Spring and sentenced in 2012 to life in prison, Mubarak appealed, and eventually he was exonerated. He managed to dodge various corruption charges, too. These crimes, although serious, are a drop in the ocean. To hold only these crimes against him is to trivialize the enormity of his dictatorial reign. In the end, for one charge that stuck (embezzlement) Mubarak was ordered to pay back some money and given three years in jail, but let go with time served. He will now enjoy the privileges of a retired head of state.

By contrast, if you’re deemed (or actually are) a political opponent of the regime, forget about a fair hearing. One court, for example, handed down a death sentence – not simply to a single defendant found guilty of a crime based on the evidence presented in court, but summarily and en masse to 683 people. Did any of these individuals actually commit a crime? The court, evidently, cared nothing for facts or truth; what matters is hewing to the regime’s agenda.

Egypt has a long tradition of censorship, both overtly through a government organ and through intimidation. The Sisi regime has continued that practice, with vigor. Authorities have hounded and intimidated journalists. In one case, they summarily deported a British-Lebanese journalist, who hosted a TV show called “The Full Picture,” for being critical of the government’s policies: apparently, as one official put it, she had “crossed red lines.”

The Sisi regime presents itself as a bulwark against the Islamists, which it has avidly purged. Yet it has targeted minority groups – notably Shiite Muslims, Coptic Christians, and atheists – for contempt of Islam. Prosecutions for “insulting” Islam continue apace. The police have targeted the gay community, arresting hundreds in what the New York Times described as a methodical “campaign of online surveillance and entrapment.”

Egypt’s current regime, like its predecessor, negates the political ideals of individual rights, freedom of speech, rule of law – pillars of a rational society. Why then has Washington embraced it while looking the other way?

One common rationale is that we need Egypt’s help in the region, and at least its authoritarian leaders – Mubarak then, Sisi now — will deal with us, unlike the Islamists. But if it’s true that an alliance with Egypt is essential, we’d have to be honest about the regime’s authoritarian character. To view the regime as a lesser evil cannot mean brushing aside its evil.

Rather, it entails stating our moral evaluation and speaking up frankly about the regime’s violation of rights. It means more than Washington’s perfunctory bureaucratic nagging. We’d have make clear that we abhor every kind of tyranny, whether Islamist or military-led, and that we welcome a regime truly committed to freedom. Toward that end, there’s a lot we can do diplomatically and financially to press the regime to take steps toward protecting free speech and rule of law, while publicly shaming it for flouting those principles. At the same time, we should encourage those in Egypt who really want a secular government that protects freedom, a government enabling them to control and set the direction of their own lives.

It is precisely such Egyptians, however few now remain, that U.S. policy sells out and demoralizes by failing to call out the authoritarianism they live under.

When Trump sits down with Sisi, he faces a test. Will he uphold genuine American ideals – individualism, freedom of speech, rule of law – or cast them aside in seeking a morally bankrupt alliance with a dictatorial leader? It bodes ill that on the campaign trail last year Trump hailed Sisi as a “fantastic guy” and praised his leadership of Egypt.

Against this backdrop, the need to advocate for the ideals of a free society is all the more urgent.