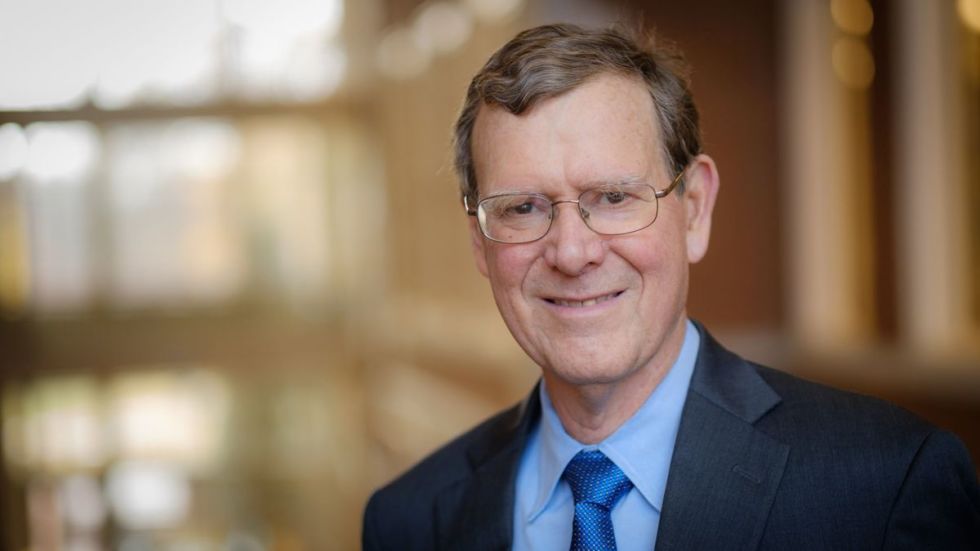 The Federal Reserve’s monetary and regulatory policies were major contributors to the 2007-2009 Great Recession.

I was the longest serving CEO in the US of a major financial institution, BB&T, at the time of the recent financial crisis. BB&T went through the financial crisis without experiencing a single quarterly loss. I had the unique experience and perspective of leading BB&T’s lending business during the severe correction of the early 1980s and was CEO during the early 1990s recession.

The Federal Reserve’s monetary and regulatory policies were major contributors to the 2007-2009 Great Recession. On the regulatory side an excessive focus on Sarbanes Oxley, the Patriot Act, and the Privacy Act created a total lack of safety and soundness regulation. Investors, rightly so, assumed bank regulators were controlling industry risk and the investors were lulled to sleep. Without the perception that regulators knew what the risk were, investors would have studied the industry far more carefully. The market was fooled by banking regulators.

In addition, the implementation by the banking regulators of the BASEL capital standards increased leverage (less capital) in large financial institutions. Using extremely complex mathematical models, large banks, with support from the banking examiners, convinced themselves they could take high risk with little capital because they could manage the risk. In addition, banking regulators were motivated to underestimate risk for political purposes. A financial institution was required to hold half as much capital for an affordable housing (subprime mortgage) as for a loan to Exxon. In Europe, banks were not required to hold any capital for a loan to Greece.

The financial industry regulators seriously mishandled the 2007-2009 economic correction which is continuing to negatively impact economic growth. The regulators made the correction far worse than it needed to be. During the early 1980’s and 1990’s recessions the bank examiners let unhealthy banks and savings and loans fail. However, they did not interfere with healthy banks’ lending practices. They allowed healthy financial institutions with rational lending standards to continue to make loans and support their customers and also to finance good customers who were leaving unhealthy banks. Unfortunately, this time, the examiners forced healthy institutions like BB&T to unnecessarily put out of business many small businesses who we would have supported and who would be in business today. These businesses would be creating good jobs and economic growth. The regulators destroyed many entrepreneurs unnecessarily.

The banking regulators tightened lending standards at exactly the wrong time. They closed the barn door after the horse was out of the barn. These very tight lending standards remain in place for venture capital small business loans. Venture capital small business loans are when the lender while considering the financial projections primarily makes the loan based on a judgement of the borrower and the concept. In the current regulatory environment, while existing slow growing small businesses can often obtain financing, small business startups are frozen out of the market and highly innovative aggressive expansion plans for existing small firms will not be financed significantly slowing the growth of the firms. I began my banking career as a small business/middle market lender. I was fortunate to help a number of small businesses which have expanded significantly and created thousands of jobs. These loans which were critical to the growth of these firms could not be made today. Bernie Marcus, the founder of Home Depot, has told me on several occasions that he could not have started and grown Home Depot in the current regulatory environment.

The lack of small business venture capital funding from banks and the inability of banks to finance the expansion of more aggressive entrepreneurs has slowed innovation (in all industries except technology) and thereby significantly reduced competition. Because of the lack of competitive pressure existing firms are not motivated to invest for the future. They would rather cut cost and buy back shares of stock. The effect is to slow the growth in productivity which ultimately determines economic wellbeing because we cannot consume more than we produce. In the financial services industry firms are focused on compliance instead of innovation and productivity.

One tragic irony is that by tightening lending standards the Federal Reserve has undermined its monetary policy. They cannot get the money supply to grow because the velocity of money (the money multiplier) has slowed because bank’s are only making loans to large businesses. The Federal Reserve is effectively subsidizing large firms.

Unfortunately, Dodd Frank and the related regulatory regime has not only slowed economic growth, it has not effectively dealt with the issues which caused the financial crisis. The “too big to fail” problem has not been solved.

We all want a safe and sound financial system. However, history shows that it is naïve to believe that excessive regulation will accomplish this goal. The Federal Reserve economist and the banking regulators did not foresee the recent financial crisis. In fact, they made the crisis much worse by using Basel capital rules and risk weighting assets for political not economic reasons (affordable housing, Greek debt). Why would anyone believe regulators will not make the same mistake in the future or the opposite mistake which they are making today by requiring excessively tight standards for small business loans? Markets participants make mistakes, but they pay the price. Government regulators force all firms to make the same mistakes and the whole economy to pay the price.

History has consistently shown that the best method to reduce the risk of bank failures is strong capital positions. During the recent correction, which was the worst recession since the Great Depression, very few properly capitalized banks failed. In my 40 plus year career, I do not know of a single case where banking regulators knew a bank was in trouble before we did and few cases where properly capitalized banks could not handle economic corrections.

By far the most important aspect of this proposed legislation is the provision which allows properly capitalized banks to opt out of the regulatory nightmare which is paralyzing the industry and slowing innovation, creativity and thereby economic growth. Lower income individuals are the most negatively damaged by this sad situation.

For those primarily focused on safety and soundness, there can be a debate about which is the best capital standard. However, it is enlightening to note that after massive regulatory cost and intrusion over almost 9 years, a number of the largest financial institutions have leverage ratios of less than 8%. If I were CEO of one of these very complex institutions, I could not sleep at night with this low of leverage ratio. I will state with certainty after many years in the banking industry that raising these institutions leverage ratio to 10% would reduce the risk of the banks failing far more then hiring 5000 or 10000 more regulators to micromanage the companies. It is important that the capital ratio be reasonably simple and understandable or large banks will game the system.

Also, for those who want to break up large banks logically raising capital requirements is a far more rational approach then arbitrarily deciding on a maximum size. Economic analysis will force the banks to decide to divest business segments which do not earn satisfactory returns which will significantly enhance the allocation of resources in the economy.

However, there must be a tradeoff between regulatory cost and stronger capital. Financial institutions cannot survive with the stifling cost of Dodd Frank and higher capital. Interestingly, the regulators know this even those they will not admit it. Why have they not insisted on more capital already? Because they know the regulatory cost/capital equation implied in Dodd Frank will not work. They have chosen more regulation over more capital because that is their job and expands their perceived importance.

The opt out provision instead of a forced strategy is an optimal concept. I believe that markets will quickly conclude that those institutions which do not opt out are weak. Who would voluntarily participate in the regulatory quagmire of Dodd Frank? The opt out process will increase capital in the industry thereby reducing risk. The reduced regulatory cost will make financial intermediaries far more efficient and encourage innovation in the industry. Core financial institutions, such as community banks, will be able to get back to their business of growing their communities.

There are no examples of healthy economies without healthy banks.