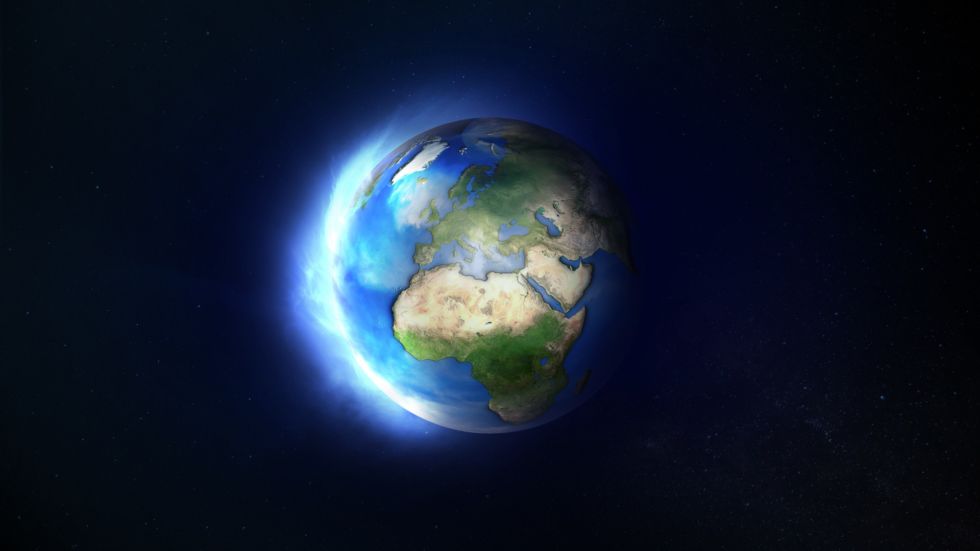 Governments’ use of force to curtail CO2 emissions is not only futile—it undermines freedom of business and of the rest of us, and therefore, human prosperity and flourishing.

“There is no hiding from climate change. It is real and it is everywhere,” stated Prime Minister Justin Trudeau last fall (see the McLean’s magazine article here). He is correct in his observation: we know from climate science that the climate is always changing; it is an undeniable fact. However, from this observation, Mr. Trudeau made the illogical leap that we—more specifically, the Canadian government—should do something to stop climate from changing. His solution: introduction of a federal carbon tax to curb carbon dioxide emissions that allegedly are the culprit behind climate change.

The argument behind Trudeau’s and his environmentalist supporters’ illogical leap is the one that we have had heard thousands of times: human activity, particularly burning of fossil fuels, has led to increase in carbon dioxide emissions, causing catastrophic global warming which will destroy the planet. So we got to do something—now—such as taxing the use of fossil fuels so that they can be phased out and replaced by renewable, non-carbon emitting energy sources, subsidized by the carbon levies.

The illogical leap from the fact of changing climate to the government-imposed curbing of carbon dioxide emissions to end global warming has never had scientific evidence behind it. (That’s why it is illogical). Global temperature statistics show, as Alex Epstein reports in an excellent column, that the temperature has increased by the total of 0.8 degrees in the last 150 years, and plateaued to almost nothing in the last 20 years, despite increased industrialization and fossil fuel use. Moreover, as the ecologist and Greenpeace founder Dr. Patrick Moore has shown, the current CO2 levels in the atmosphere are far below optimal for a green and flourishing planet.

The basis for phasing out fossil fuels to curb global warming and climate change has recently come into question even more, when whistleblowers at the U.S. National Oceanic and Atmospheric Administration (NOAA), the federal agency that keeps global warming statistics, came out claiming that NOAA had manipulated data to show global temperature increases that did not exist. As Lawrence Solomon reports in a recent column, one of the whistleblowers, Dr. John Bates, was thanked by U.S. House Science, Space, and Technology Committee chairman “for courageously stepping forward to tell the truth about NOAA’s senior officials playing fast and loose with the data in order to meet a politically determined conclusion.”

The Canadian government, like many others around the world, claim their climate policies and carbon taxes are aimed at protecting the “common good” by saving the planet from too much CO2 and increased temperatures. Instead of embracing the governments’ justification for their climate change crusade, we should examine the scientific evidence. That would inevitably lead to the conclusion that the crusade does not meet the standard of facilitating human flourishing.

Human flourishing requires cheap, abundant energy, which currently is only available from fossil fuels (and to a much smaller extent, from nuclear fission). Artificially inflating their prices through climate policies and carbon taxes would increase the price of everything else: food, manufactured goods, housing, transportation, among other things—thus lowering our standard of living and condemning people in the developing world to enduring poverty.

Continual development of cheap, abundant energy, from whatever source, requires freedom of business innovate and compete to make new discoveries—and to earn a return for their investment as a reward for their achievement. When government taxes one source of energy (and subsidizes another), it curtails the freedom of business to innovate, compete, and make profits—and inflates the price of energy. For an example, witness the multiplying of electricity prices in Ontario when that province phased out coal-burning power generation and substituted it with government subsidized windmills.

If we want to flourish, we must protest the governments’ futile crusade against climate change, and urge them to return to their only proper role: the protection of individual rights against those who initiate physical force or fraud. We don’t need government to tell business in which energy sources to invest, but to leave them free to innovate, produce, trade, and profit.

As for protecting property rights, government should protect property owners, not only against theft and fraud, but against initiation of physical force in the form of demonstrably harmful pollution by others. CO2 is not a noxious pollutant but a gas essential to plant growth and therefore to human life. Governments’ use of force to curtail CO2 emissions is not only futile—it undermines freedom of business and of the rest of us, and therefore, human prosperity and flourishing.