Immigration, Islamism, and The Nature of Individual Rights

Do all people have a right to immigrate to the U.S.? 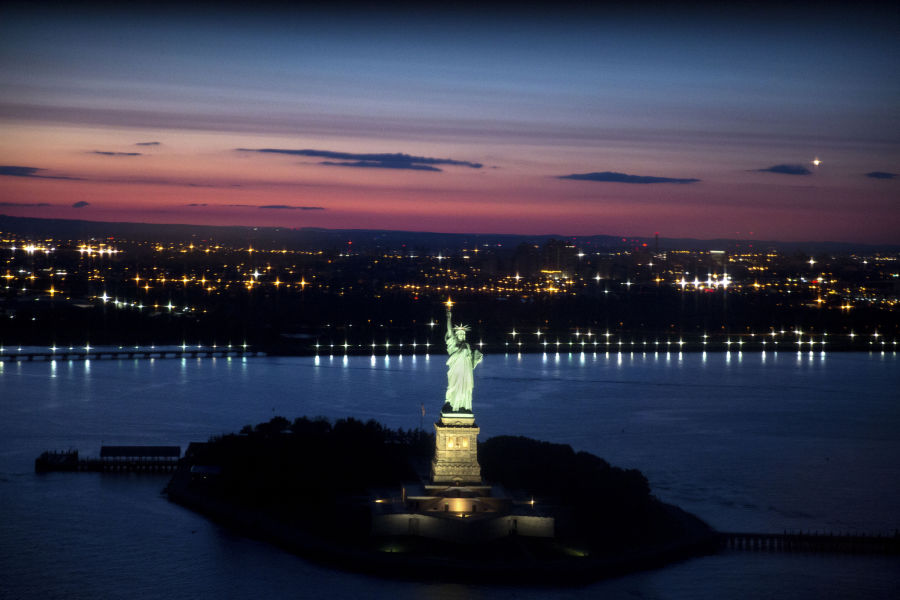 Do all people have a right to immigrate to the U.S.? There are three ways that we tend to conceive of rights, and which one you adopt will affect how you answer this question.

One way is to view rights as an essentially arbitrary agreement we construct and maintain through political traditions. On this view, rights tend to be seen as an unnecessary constraint on our policy toolkit. Immigration is regarded not as a question of rights but of whether or not, and to what extent, we have a moral obligation to help poor foreigners.

Another way is to view rights as inherent within each individual human being, fixed attributes endowed by God or Nature. This view leads naturally to the answer that all people have a fundamental right of movement across any political borders they please, with possible narrow limitations relating to such things as disease transmission and prior criminal activity.

This view, while an advance over the previous one, is still wrong enough to be dangerous. Fundamentally, it is founded on a category mistake. A lone man on a deserted island cannot possess any rights. There is no one else against whom to impose a moral claim constituting a right — the point of rights being to dissuade others from interfering with your person or property. Snakes and trees are not capable of being dissuaded in that manner. And so, on a deserted island, you would have no reason to conceive of rights in the first place.

Rights are a way of structuring a system for interacting with other people such that you can concentrate on creating value and trading it with them, rather than constantly looking over your shoulder and worrying about who might run off with what you have previously created. A right is not a simple attribute of the individual — it is about a chosen relationship you have with others for the sake of living a good life. What the concept of rights adds is the recognition that everyone following certain simple rules limiting how they interact with others is demonstrably and by far the most productive way for you to pursue your own interests in the midst of everyone else pursuing theirs.

And it is this recognition — not our perception of some attributes intrinsic to individual human beings — that prompts you to respect the rights of others. Rights are premised on a basic harmony of interests. One can imagine a society in which you are getting away with murder and theft, while no one dares assault or steel from you. But even if you were the one lucky enough to be dictator, it would be an extremely fragile and likely temporary state of affairs. You’d be constantly worrying about when it will all come crashing down, as the peasants revolt, or the generals stage a coup and string you up. Ultimately, for any rational actor with a long horizon, opting to live under a rights-based system is the smart choice.

But consider for a moment the following thought experiment. Suppose that a virus emerged and were transforming 50% of the population with a certain genetic susceptibility into sociopaths devoid of any compunction to respect others’ rights. Whenever they can avoid getting caught, they break into homes, they steal cars, they enslave children in their basements, etc., without a second thought. Rights would no longer exist in such a society — not merely that there would be rampant rights violations, but the very concept of rights would cease to be meaningful. Every other person you encounter, including the police, would be fine with murdering you for a slice of pizza if he could get away with it. Your entire sphere of concern would be reduced to the pursuit of physical safety and securing basic food and shelter resources.

Now suppose it weren’t 50% of the population, but 5% or 0.5%? — which is essentially what we have with the frequency of sociopaths in society today. At some point, you pass below a critical rate of violence, under which you can start to form robust expectations of safety and shift your focus to producing new values rather than erecting a fence around your house. This is a kind of phase transition in society, like when a liquid freezes into a solid. The two states of society — above and below the critical sociopath frequency — are structurally different just like H2O is different above and below 32 degrees. All the concepts you use to characterize society are therefore different depending on which state you are in. “Rights” is a powerful and explanatory concept in the sub-critical (low violence) state. In the super-critical (high violence) state, it is as meaningless as the concept of “elasticity” is in characterizing a liquid.

Islamism — the desire to impose Islam on society by force — is an ideology that effectively transforms its adherents into sociopaths in certain important areas of life. According to reliable surveys, a significant fraction (20% would be a conservative estimate) of Muslims globally exhibit core Islamist beliefs. It is not that these 300 million people have actually become sociopaths in a clinical sense, but that they embrace values that legitimize behavior indistinguishable from sociopathy as far as infidels or liberal Muslims are concerned: honor killings, murder of apostates, murder of adulterers, murder of cartoonists, subjugation of non-Muslims. Islamism is uniquely threatening in this respect among all ideologies in terms of the two important metrics: (i) inherent dangerousness of the ideas themselves, and (ii) current number of adherents.

The fate of freedom-loving people in a society — including liberal Muslims, who are the first targets of Islamist violence — depends on a mechanism for clamping down the Islamism rate to very low levels. It is clearly in the interest of free people to enact immigration laws with this in mind.

Any effective mechanism to this end will register a number of false positives, causing many non-Islamists to be accidentally excluded as well. It is a tragic loss that worthy immigrants are accidentally denied access to freedom. But in the long run the open-borders alternative leaves us vulnerable to mass Islamist infiltration and an unacceptable risk of everyone ultimately being denied such freedom.

A view of rights in conflict with our clear interest in excluding Islamist immigrants is a flawed view. To go beyond this view we have to understand rights as a harmonious, decentralized means of leveraging human ambitions — not as inherent characteristics of individual humans. Such a perspective highlights certain social preconditions, apart from which the concept of rights itself becomes meaningless. It is a legitimate function of the state to maintain these preconditions precisely in order to make a society of rights possible in the first place. The Constitution is not a suicide pact, and the rights it describes are not the Kool-Aid cups.

Originally published on Medium. Republished in CapMag by permission of the author.

FEEL FREE TO SHARE
Eric Dennis
Eric Dennis, Ph.D., Physics, studied at Caltech, Princeton, and University of California Santa Barbara. His graduate work involved the theory of quantum computers and simulating quantum systems. Transitioning to quantitative finance, he has built derivatives models on trading desks at Goldman Sachs, Morgan Stanley, and Swiss Reinsurance, where he pioneered a unified, state-of-the-art modeling framework for portfolio credit derivatives. He currently works in asset management at a major insurance company. His experience in finance, complemented by independent study of monetary economics, provides a unique combination of hands-on knowledge and theoretical insight to assess current macroeconomic issues. His interests include questions of central planning, free banking, the use and abuse of mathematical models, and the scientific fundamentals of energy.