The controversial film about America's 1831 slave rebellion undercuts the nature and power of Nat Turner's story and makes everything seem too pat. 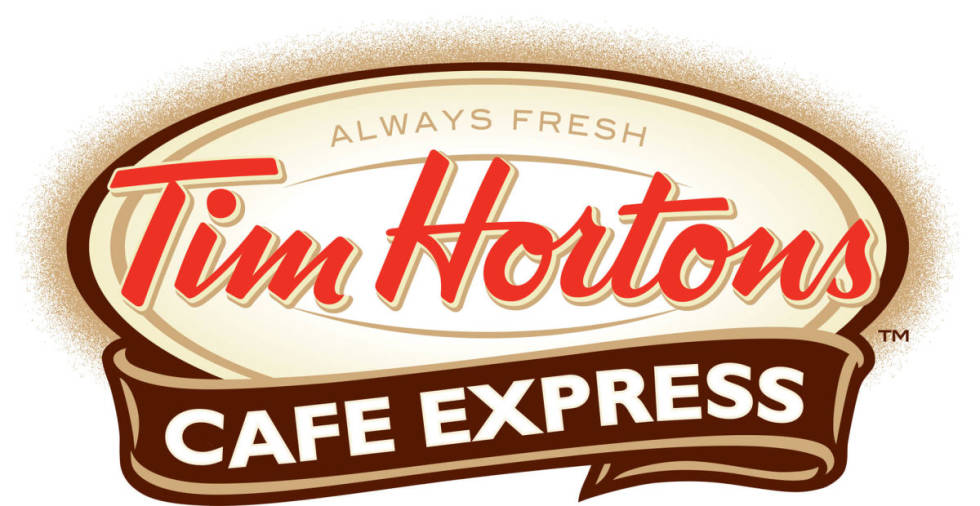 “I tremble for my country when I reflect that God is just, that his justice cannot sleep forever.” This Thomas Jefferson quotation from his Notes on the State of Virginia, which also appears on my favorite memorial in Washington, D.C., the Jefferson Memorial, prefaces and predisposes Nate Parker’s provocative movie about the 1831 slave rebellion led by Nat Turner.

That the young filmmaker, whose picture was bought at a film festival by Fox Searchlight with great expectations only to be downgraded by recent disclosures about Parker’s past, casts the historic rebellion as God’s vengeance—religionists and atheists alike should note that Nat Turner’s God is vengeful—undercuts the true nature and power of Nat Turner’s story. The Birth of a Nation makes everything seem too pat. 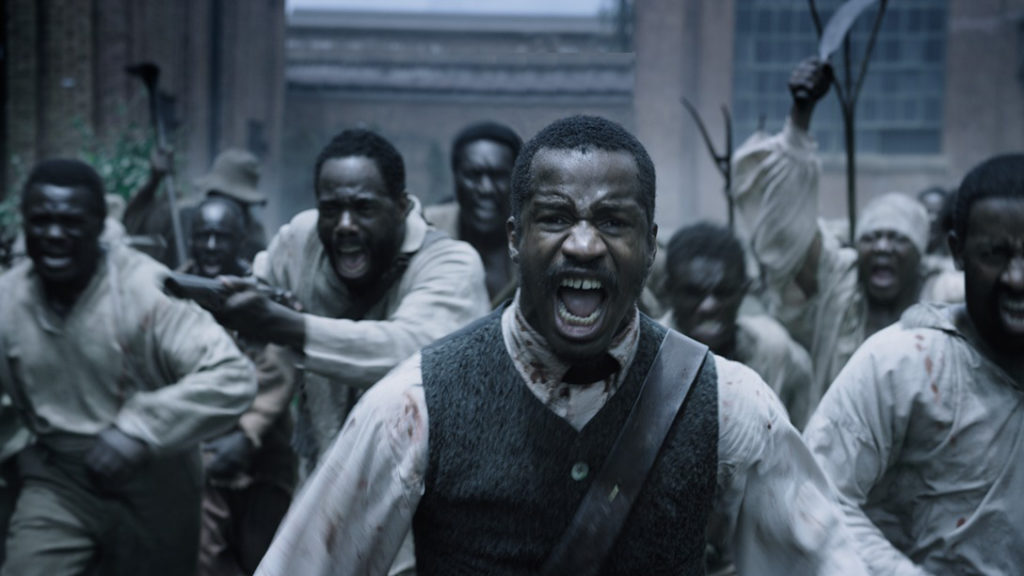 The two-hour film lacks the impact its topic, a preacher slave’s rebellion, deserves, leaving it well short of achieving the promise implied by its title. That said, Parker’s movie raises questions, provokes thoughts and contains powerful performances and images and hair-raising scenes.

Framed by an African mythology of wisdom, vision and leadership set by a tribal chief, screenwriter and director Parker’s story of the antebellum South begins in earnest with frolicking children named Turner—one slave child, one slavemaster’s child—in what becomes, or could have more fully become, a fascinating plot spiral about how slavery rots the life of both slave and slavemaster. The boys grow into Samuel Turner (Armie Hammer) and Nat Turner (Nate Parker). The white male goes from Nat’s childhood friend to defender while slowly turning to alcohol for comfort as the reality of owning his friend sets in. The black male goes from Samuel’s childhood friend and favored servant to rebel leader while slowly turning to religion for justifying his righteous wrath. 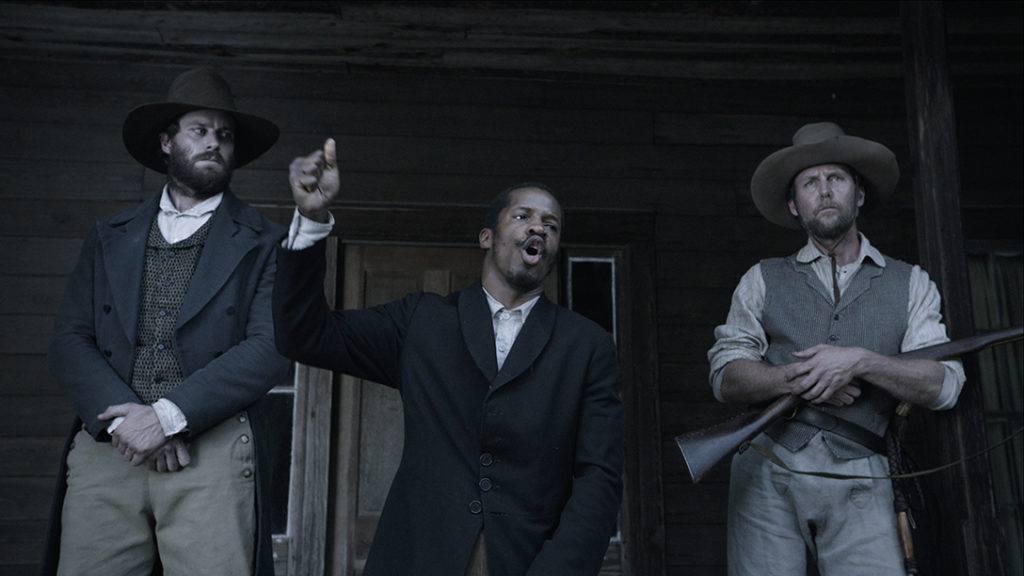 Both boys begin as innocents. Both become wrecked by slavery. The Birth of a Nation doesn’t dramatize every facet of their doomed relationship let alone do so in universal terms of its essential meaning, but it is there even if muted in power. It is one of many missed opportunities in this otherwise occasionally searing film, which is safe and uneven.

For example, the romance Nat Turner develops with his future wife Cherry (Aja Naomi King, ABC’s How to Get Away with Murder) follows predictable turns, lines and scenes. Yet when she’s attacked later in the film, an unseen depth of commitment is presumed to serve as a catalyst for full-scale revolt. Their relationship is more abbreviated than demonstrated, going from a kind of rescue to rehabilitation thanks to Nat Turner’s knowing, loving mother (Aunjanue Ellis, For Colored Girls) to a kind of gentleness that feels contrived as Parker’s performance veers from saccharine to seething. Cherry and Nat as a couple never go deep and take root.

This is an ongoing problem in The Birth of a Nation, which is sufficiently tense, gruesome and gripping given its subject matter. Important scenes have either been cut or not filmed and in either case there are gaps of what the audience should be seeing on screen. Some of what’s left off screen includes the murder of babies, which is part of Nat Turner’s legacy, and other heinous acts such as sexual assault. Smaller details, too, however, are left out of the movie. Among these are how Nat Turner, who was literate, used his knowledge to formulate his plan for an uprising as a means of leading his fellow slaves to freedom. 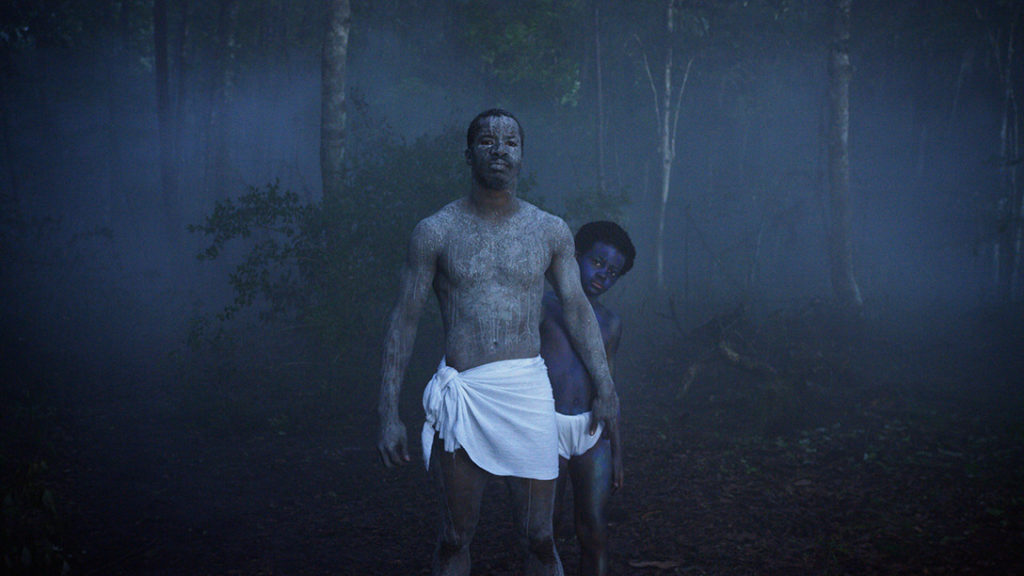 Surprisingly, and disappointingly, there is not a single scene of serious, point by point plotting of the rebellion. Instead, there are constant and overwrought scenic references to the landscape and its orientation to sunlight, which dovetails to what I take as Parker’s theme, with co-screenwriter Jean McGianni Celestin, for The Birth of a Nation: mass murdering slave as God’s prophet. Given Parker’s selective recreation of the historic insurrection, with its omission of deeper analysis of Turner’s motives other than his faith in God, the Bible and religion, and certainly he appears to have been a religious zealot, this is the meaning of the motion picture, which treats his rising from a whipping as God’s will.

Why Nat Turner chose to believe in God after he acquired the ability to read is as left undone as how he learned to ride a horse or master the details of planning a regional rebellion. The Birth of a Nation deals with the injustice of slavery in fragments of fast-cutting scenes, often half-shown while in progress, with Jackie Earle Haley as his most spine-chilling villain since his role as a sexual deviant in Little Children and Roger Guenveur Smith (Chi-Raq, Malcolm X) as a house slave who opposes the rebellion.

The style has the effect of leaving the most pressing questions, facts and details of the rebellion out of the picture. Slavery and Civil War-themed pictures such as Amistad, Lincoln, Glory and 12 Years a Slave, which are outstanding movies, laboriously yet deftly and often brilliantly dramatize key parts of history in terms of essentials. Escape from Sobibor put planning a slave rebellion at the center of the film, so it’s possible to capture the howling hurt and anger of oppression and the cold, hard facts of rebellion in cohesion. Here, adding drone-type shots of lingering sunsets and Nina Simone songs to the soundtrack comes at the expense of character development. Gabrielle Union’s character, for instance, is a pretty but wordless character who smiles and dances before her downfall.

This movie about Nat Turner’s slave rebellion fills its frames with harrowing images of acts of evil and acts of retribution. Set in Southampton, Virginia, and filmed in Savannah, Georgia, the South comes off as a miserable, rotten and unhappy place of muggy swamps, cotton fields and buzzing insects with drunken, lazy and sadistic white men lording over enslaved Africans and I think this much is true. Intentionally or not, Nate Parker depicts the South’s misery as a byproduct of slavery’s total failure in every sense including as an engine for sustained economic production and it’s clear that it’s not at all an example of capitalism, as has been claimed. An outstanding performance by Esther Scott as Nana, Nat Turner’s grandmother, adds to the story.

But in leaving out certain facts, centrally details of the rebellion, The Birth of a Nation suggests that this young slave, who freed himself and whose life ought to be studied with other freed slaves such as Solomon Northrup and Frederick Douglass, was fundamentally a man of faith with only an impulse to take vengeance as a vessel of a supernatural being. And, Nate Parker’s movie implies, to enter an afterlife and become a martyr. This might be true, though I doubt it. I suspect that the truth is mixed and that Nat Turner may have been motivated by secular thoughts, too.

The Birth of a Nation presents horrifying fragments in pictures that float but do not tether disturbing questions about good and evil and the confusing, death-inducing mixture of both. It simply depicts that Nat Turner acted on faith—obeying a religious text commanding that the enslaved who believes he is a messenger of God act without mercy—to go forth and slaughter a few of his oppressors and mostly the innocent in proximity. Then The Birth of a Nation leaves it at that, trivializing an influential and horrifying act of rebellion and reducing it, in today’s parlance, to “so, this happened”, brushing aside exactly what, how and why.