The Founding Fathers and Democracy

Democracy is a form of collectivism. 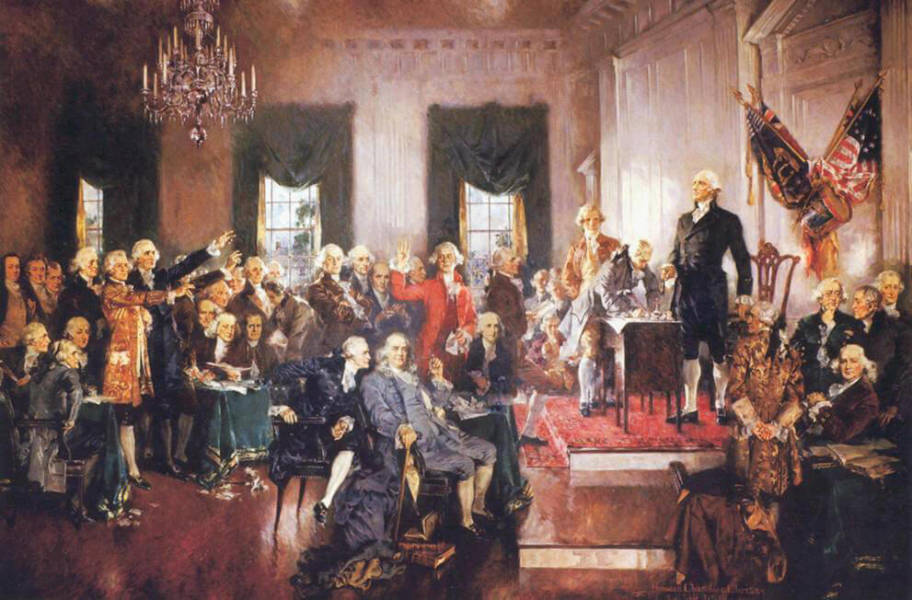 Democracy means unlimited majority rule. The majority may do as it pleases simply because it is the majority. Under democracy the individual is subservient to the majority, that is, the collective. Democracy is a form of collectivism.

Collectivism holds that individuals exist only as a member of a group—whether a race, an economic class, or the State. Individuals per se do not possess rights, but only in their capacity as a member of a group. Under democracy an individual possesses rights only when he is a member of the majority. Even then those rights are limited and continually threatened, because if the individual finds himself in the minority on any issue, he is required to follow the dictates of the majority. He may be on the winning side on a vote regarding light rail, but be on the losing side on a vote regarding school bonds.

For the most part, the Founders were opposed to democracy. James Madison, for example, wrote “There is no maxim, in my opinion, which is more liable to be misapplied, and which, therefore, more needs elucidation, than the current one, that the interest of the majority is the political standard of right and wrong.” [1] And perhaps my favorite is a quote often attributed to Benjamin Franklin: “Democracy is two wolves and a lamb voting on what to have for lunch. Liberty is a well-armed lamb contesting the vote!”

The Founders were avid students of history. They studied all forms of government—monarchies, parliamentary systems, democracies, and more. They sought to erect a system that prevented a tyranny of one—such as monarchy—as well as a tyranny of many—such as democracy. The Founders recognized the primacy of the individual and sought to protect his rights.

The Founders established a constitutional republic for this purpose. They limited and enumerated the powers of the federal government, securing for the individual the freedom to act as he judges best. This is precisely what democracy prevents.

The Founding Fathers understood this. It is time that contemporary Americans did as well.

Correction (5 March 2016): [1] The sentence “Thomas Jefferson stated that “a democracy is nothing more than mob rule, where fifty-one percent of the people may take away the rights of the other forty-nine” was removed from the above article as there is no evidence according to Monticello’s research library that Thomas Jefferson ever said these words.

According to Monticello’s research library:

We currently have no evidence to confirm that Thomas Jefferson ever said or wrote, “Democracy is nothing more than mob rule, where 51% of the people may take away the rights of the other 49%” or any of its listed variations. We do not know the source of this statement’s attribution to Thomas Jefferson.

Thanks to Professor Richard Salman who provided us with the above information to make the correction. — Ed.