James Madison: Father of the Constitution 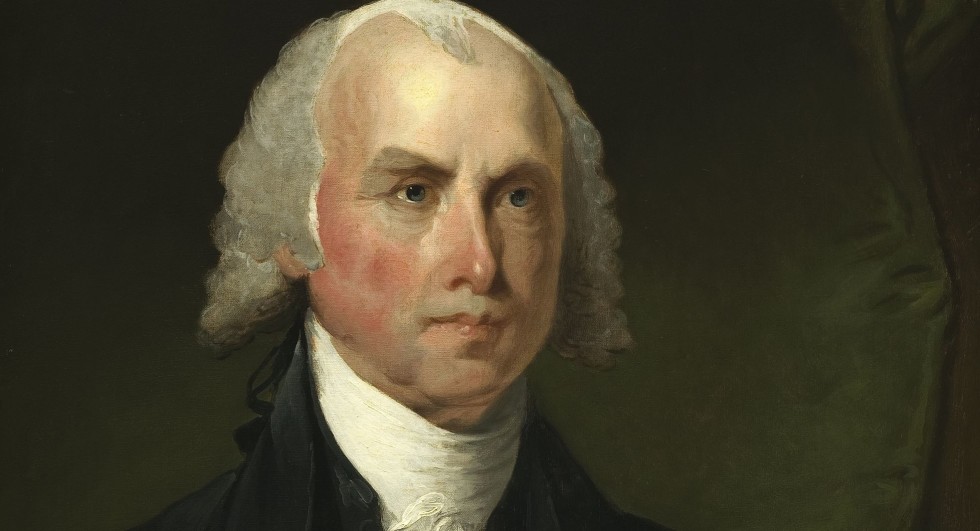 Madison, who would become known as the "Father of the Constitution," argued that in a pure democracy, "there is nothing to check the inducement to sacrifice the weaker party or an obnoxious individual."

George Washington, our first president, is probably our greatest and most decent statesman. We celebrate Washington’s Birthday each February. But March 16th marks the birthday of probably the second-most important and decent American, James Madison.

Madison became our fourth president, but his presidency is not the chief source of his greatness. There would have been an entirely different America without Madison’s enormous input and foresight at the contentious 1787 Constitutional Convention in Philadelphia. There were 55 delegates to the convention. Like Madison, some had a formal college education, while others did not. From Madison’s notes about the quality of the debates and discourse, one could not tell who was college-educated and who was not. Their ages ranged from 26 (Jonathan Dayton) to 81 (Benjamin Franklin), with the average age being 42.

Alexander Hamilton was a key figure at the convention. He called for a president for life with total veto power over the legislature. Most other delegates, led by Madison along with John Adams, wanted a republic; none wanted a democracy. Madison, who would become known as the “Father of the Constitution,” argued that in a pure democracy, “there is nothing to check the inducement to sacrifice the weaker party or an obnoxious individual.” Delegate Edmund Randolph agreed, saying, “In tracing these evils to their origin, every man had found it in the turbulence and follies of democracy.” Adams added: “Remember, democracy never lasts long. It soon wastes, exhausts and murders itself. There never was a democracy yet that did not commit suicide.” Eleven years earlier, Madison had helped to develop the Virginia Constitution, and it was his Virginia Plan that served as the basis for debate in the development of the U.S. Constitution. Madison, along with Hamilton, argued for a strong but limited central government that could unify the country.

During the Constitutional Convention, a proposal was made that would have allowed the federal government to suppress a seceding state. Madison rejected it by saying, as summarized by the transcript: “A union of the states containing such an ingredient (would seem) to provide for its own destruction. The use of force against a state would look more like a declaration of war than an infliction of punishment and would probably be considered by the party attacked as a dissolution of all previous compacts by which it might be bound.” This vision of a state’s independence and right to secede was expressed at Virginia’s ratification convention, which held, “The powers granted under the Constitution being derived from the People of the United States may be resumed by them whensoever the same shall be perverted to their injury or oppression.” Rhode Island’s and New York’s ratification documents made similar statements. By the way, Rhode Island anti-federalist resistance against the Constitution was so strong that civil war almost broke out July 4, 1788.

Madison’s political genius is mostly seen in his contribution to The Federalist Papers, which were co-authored with Hamilton and John Jay. The papers were written to persuade the citizens of New York — and secondarily other states — to ratify the Constitution. Ratification was no easy task. The 1783 Treaty of Paris, which ended our war with Great Britain, held that each state was a sovereign nation. As such, each feared giving up its rights to a powerful central government. Anti-federalists wanted some sort of guarantee that states would remain sovereign and that the power of the federal government would be limited and it would be recognized as a creation of, an agent of and a servant of the states. They said their votes to ratify could only be obtained if the Constitution contained a bill of rights guaranteeing the rights of the people and their states. The most notable and influential anti-federalists were Patrick Henry, Samuel Adams, George Mason and Richard Henry Lee.

These few words here do little justice to James Madison’s greatness as one of our Founding Fathers, but a day honoring his birth would help us learn more about his contribution and, as well, learn how much we have betrayed his vision of what constitutes a free people.

Walter Williams
Walter E. Williams is a professor of economics at George Mason University. In 1980, he joined the faculty of George Mason University in Fairfax, Va., and is currently the John M. Olin Distinguished Professor of Economics. He is also the author of Race and Economics: How Much Can Be Blamed on Discrimination? and Up from the Projects: An Autobiography. Williams participates in many debates and conferences, is a frequent public speaker and often gives testimony before both houses of Congress. This editorial was made available through Creator's Syndicate.