None of the things proposed by president Obama is likely to reduce gun violence. 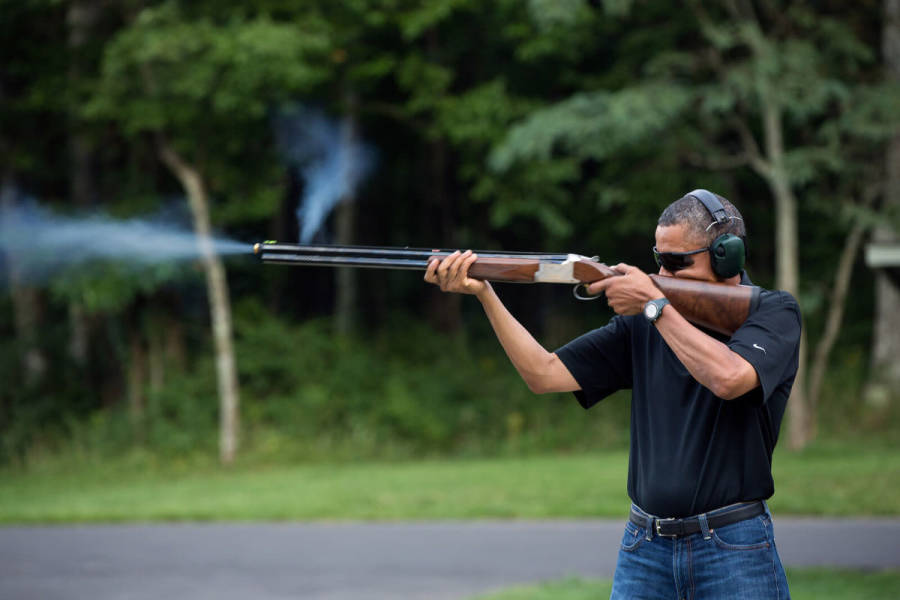 Those who have been marveling at Donald Trump’s political showmanship were given a reminder of who is the top showman of them all, when President Barack Obama went on television to make a pitch for his unilateral actions to restrict gun sales and make a more general case for tighter gun control laws.

It was beautifully choreographed, like a great ballet, and performed with consummate skill and understated eloquence. First of all, the scene was set with a room full of people who had lost loved ones to gun violence. A father whose son had been gunned down made a long introduction before the president showed up, walked down the aisle and up on to the stage to growing applause.

As political theater, it put Donald Trump’s rantings in the shade.

As for the substance of what Obama said, there was very little substance, and much of it false, but one of the signs of great artistry was that the presentation overshadowed the substance.

None of the things proposed by the president is likely to reduce gun violence. Like other restrictions on people’s ability to defend themselves, or to deter attacks by showing that they are armed, these new restrictions can cost more lives on net balance. The most we can hope for is that the effects of the new Obama-created rules will be nil, rather than harmful.

A mass shooting at a movie theater a few years ago took place at a theater farther away from where the shooter lived than other theaters in the area that were showing the very same movie. The difference was that this theater had advertised that it was a gun-free zone.

Who is more mentally unbalanced, those who are doing the shooting or those who refuse to examine the facts about what kinds of places attract such shooters? Schools and religious institutions are sitting ducks, and the shootings there have gone on until someone else with a gun showed up on the scene. That is what puts an end to the carnage, not gun control laws.

As for facts and statistics, the only ones likely to be mentioned by gun control zealots, including the media, are those on how many people were killed by guns. How many lives were saved by guns will never make it through the ideological filters of the media, the political establishment or our educational institutions.

Yet factual data on how many threats or attacks were deterred in a given year by displaying a firearm have long been available. Seldom is it necessary to actually pull the trigger to get some thug or criminal to back off and go elsewhere, often in some haste.

Gun control zealots seem especially opposed to people being allowed to carry their guns concealed. But concealed weapons protect not only those who carry them, but also to some extent those who do not, because criminals have no way of knowing in advance who does and does not have a gun.

Muggings and rapes become much more dangerous activities for criminals where many law-abiding people are allowed to carry concealed guns. It can take a lot of the fun out of being a thug.

President Obama said that we are the only “advanced” nation with so much gun violence. But there are a number of countries with higher murder rates than ours and stronger gun control laws. But that leaves the definition of “advanced” to Obama — and makes for clever political theater.