DiCaprio Condemns Oil Companies as He Benefits From Their Products

The feather in Mr. DiCaprio's dunce cap is his hypocrisy over fossil fuels -- without the energy provided by the fossil fuel companies, the Hollywood film industry could not exist, and DiCaprio could not have had the career and earned wealth he has. 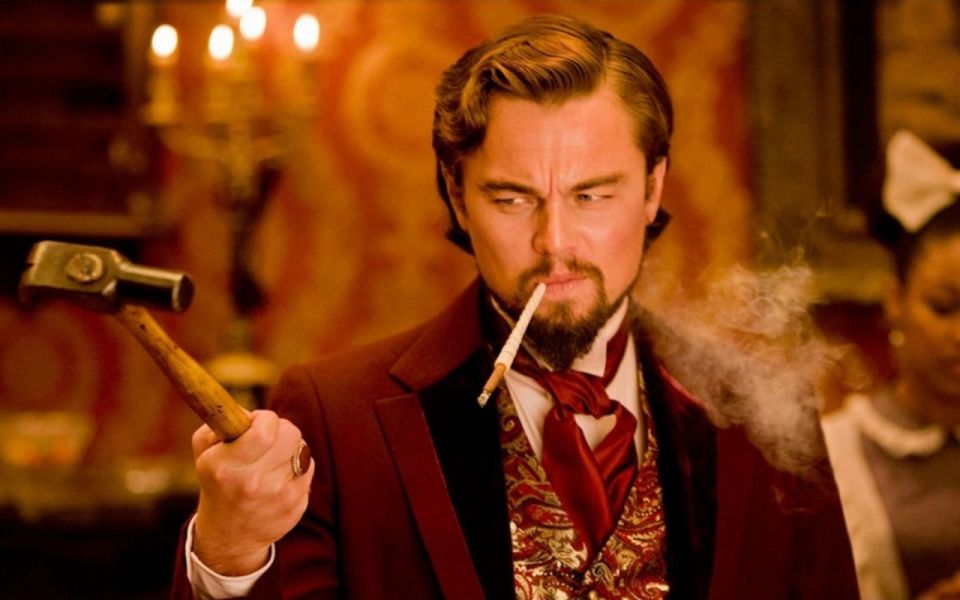 The World Economic Forum (WEF) in Davos has again attracted politicians, environmental activists, and celebrities to pontificate about how to save the world—of which most of them have very little understanding. What they lack in scientific knowledge and understanding, they substitute with deeply-held emotional leftist and statist convictions, not based on facts.

The Hollywood superstar Leonardo DiCaprio is a good example. In an address at the WEF he lamented the “fragility of our climate” and predicted and an irrevocable global catastrophe from increasing CO2 in the atmosphere that is caused by—you guessed it—by human activity. DiCaprio was particularly condemning the use of fossil fuels: oil, natural gas, and coal, and the companies producing them, accusing them of “corporate greed.”

It is always unfortunate when people make fools of themselves, even more so when they seem to believe that doing so is helping a cause (fighting climate change, or perhaps gaining more admirers and publicity). DiCaprio certainly succeeded making himself a fool, as he got it wrong on all accounts.

Calling climate “fragile” is a misnomer. With is wide variations over time (regardless of any human activity): warming (droughts, storms) and cooling (ice ages), climate can certainly be hazardous to humans and to other species. However, contrary to the environmentalists’ arguments, increasing CO2 is not a threat to climate (and to us). Bill McKibben, the founder of 350.org and an ardent environmentalist crusader, has argued that if the amount of CO2 in the atmosphere exceeded 350 parts per million, all life on the planet would be in jeopardy. The current level of CO2 is about 400 ppm, with no ill effects. In fact, from the perspective of thriving plant life—which is beneficial to human survival and flourishing—the level of CO2 should be many times higher than the present levels, as convincingly demonstrated by Patrick Moore in a Power Hour podcast with Alex Epstein.

DiCaprio’s second claim that fossil fuels are ‘harming’ the climate and by extension, human life, is also completely bogus. Even if an increased level of CO2 in the atmosphere was harmful, the impact of increased burning of fossil fuels by humans has been negligible, as the research cited in Alex Epstein’s The Moral Case for Fossil Fuels clearly shows. Quite the contrary, having access to cheap, reliable energy from fossil fuels has made us better able to deal with the natural hazards of climate: droughts, floods, hurricanes, and hazardous levels of heat and cold. (For evidence on this, I highly recommend Epstein’s book, or his excellent Power Hour podcasts where he interviews energy and climate experts).

To point a finger at the oil and gas companies and to blame them for hurting us because of “corporate greed”—the pursuit of profits through making reliable, affordable energy affordable—is also completely dishonest. “Greed” is an invalid concept because it packages together the legitimate pursuit of material wealth through production and trade and coveting someone else’s wealth through illegitimate means such as deception and fraud. Therefore, “greed” as a concept deserves to be thrown out altogether. Instead of accusing of fossil fuel producers of “greed,” we should thank them for producing values that have made, and continue to make, human lives better, by lifting people out of poverty in the developing countries and increasing well-being ever higher in the industrialized countries.

The feather in Mr. DiCaprio’s dunce cap is his hypocrisy. Without the fossil fuel companies he attacked at the WEF, he could not have traveled to Davos (unless he was willing to swim and walk). He could not have had spotlights pointed at him (whale oil and candles don’t quite have the same effect), nor could he have been warm enough in a tuxedo (the production of which also required energy from fossil fuels). But more importantly, without the energy provided by the fossil fuel companies, the Hollywood film industry could not exist, and DiCaprio could not have had the career and earned wealth he has. And neither could he donate the millions to various dubious environmental causes.

I suggest to Mr. DiCaprio that to have the dunce cap removed, he should know what he talks about—which requires studying the facts. Alternatively, he should just stick to his expertise, acting. And to remove the feather of hypocrisy, he should start boycotting the fossil fuel companies and their products (which, of course, would be futile), or start recognizing the enormous value they provide to all of us. Until then, I will follow the principle of justice and boycott Mr. DiCaprio’s movies.