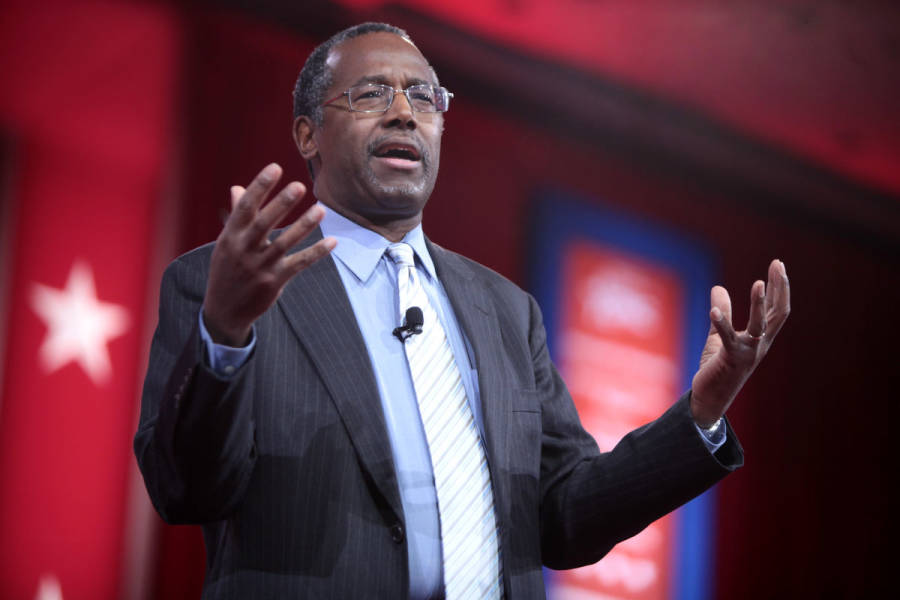 The media attacks Dr. Carson because he is a black figure that is a threat to the left's vision and the Democrats' voting base.

Dr. Ben Carson’s whole life has been very unusual, so perhaps we should not be surprised to see the latest twist — the media going ballistic over discrepancies in a few things he said.

Years ago, when I was writing some autobiographical sketches, I dug up old letters, to check out things that I remembered — and was surprised more than once to discover that my memory was not always exactly the same as the way things had happened and were recorded at the time.

In the current flap over some things that Dr. Carson said, the biggest discrepancy has been between the furor in the media and the irrelevance of his statements to any political issue.

For example, in a video that someone dug up, Dr. Carson said to an audience that his “theory” about the Pyramids is that they were used as storage facilities. He was smiling as he said this, so it is not clear whether he was using this theory just to illustrate some point. But, in any case, he was not claiming this as a fact.

More important, the Pyramids are not an issue in today’s American political campaign, except as a “gotcha” gimmick.

Yet the media have paid far more attention to Ben Carson’s speculation about what the Pyramids were built for, thousands of years ago, than to outright lies that Hillary Clinton told about tragic American deaths in Benghazi, within days after she knew the truth, as her own e-mails now reveal.

Another media tempest in a teapot has developed because of the mild-mannered Dr. Carson’s recollections about some childhood incidents in which he depicted himself as violent toward another child. Some people who knew the young Ben Carson have said that such behavior would have been out of character for him. But has no one ever acted out of character, especially in childhood?

Albert Einstein, as a child, once threw a heavy object at his little sister that could have injured her or even killed her. Yet Einstein grew up to be a mild-mannered pacifist, and no one ever brought up that incident to try to discredit Einstein’s scientific work.

What has been far more disturbing than anything Ben Carson has said or done has been the media’s search-and-destroy mission against the renowned brain surgeon. The utter irrelevance of the issues raised by the media, at a time when the country faces monumental challenges at home and overseas, makes the media hype grotesque. It tells us more about the media than about Dr. Carson.

By contrast, the media showed no such zeal to expose Barack Obama’s associations and alliances with a whole series of people who expressed their hatred of America in words and/or deeds. Here was something relevant to his suitability to become president. But the media saw no evil, heard no evil and spoke no evil.

Nor have the media launched such attacks on President Obama as they have on candidate Carson, even after Obama proceeded to abandon existing American commitments to provide defensive aid to countries in Eastern Europe and to directly promote the destruction of governments in Egypt and Libya that posed no threat to American interests — all the while undermining Israel’s ability to defend itself.

Meanwhile he cut back on our own military defense so drastically that even former Secretaries of Defense who had served during his administration have publicly criticized his policies. So have former top generals and former top intelligence officials.

But the media largely circled the wagons to protect Obama — and now to protect Secretary of State Clinton, who carried out the foreign policies that left America’s position in virtually all regions of the world worse than when the Obama administration took office.

It was much the same story on domestic issues. Obama’s outright lies, that people would be able to keep their own doctors and their own health insurance under ObamaCare, were far more consequential than Dr. Carson’s offhand speculation about the Pyramids. But did the media try to destroy Obama’s credibility?

Unfortunately, the moment Dr. Carson entered the political arena it became inevitable that the media would try to discredit him, since any prominent conservative black figure is a threat to the left’s vision and the Democrats’ voting base. The flimsy basis for the current attacks only demonstrates the media’s bias and desperation.