How Do People Destroy Their Capital?

The flip side of falling interest rates is the rising price of bonds. Bonds are in an endless, ferocious bull market. Why do I call it ferocious? Perhaps voracious is a better word, as it is gobbling up capital like the Cookie Monster jamming tollhouses into his maw. There are several mechanisms by which this occurs, let’s look at one here.

I have written previously about the interest rate, which is falling under the planning of the Federal Reserve. The flip side of falling interest rates is the rising price of bonds. Bonds are in an endless, ferocious bull market. Why do I call it ferocious? Perhaps voracious is a better word, as it is gobbling up capital like the Cookie Monster jamming tollhouses into his maw. There are several mechanisms by which this occurs, let’s look at one here.

Artificially low interest makes it necessary to seek other ways to make money. Deprived of a decent yield, people are encouraged (pushed, really) to go speculating. And so the juice in bonds spills over into other markets. When rates fall, people find other assets more attractive. As they adjust their portfolios and go questing for yield, they buy equities and real estate.

Dirt cheap credit is also the fuel for rising asset prices. People can use leverage to buy assets, and further enhance their gains.

And it’s wonderful fun. A bull market, especially one that is believed to be infinite—if not Fed-guaranteed—seemingly provides free money. All you have to do is buy something, wait, and sell it. You can get your capital back plus something extra.

Many people spend most of this extra. This is their gain, their income. Their brokers, advisers, and other professionals also make their income off of it.

However, there’s a contradiction. Common sense tells us that it should be impossible to consume without first producing something. How can this be possible? How can an entire sector of economy get away with it?

It can’t. There is no Santa Claus. Something else is happening, something insidious.

The falling-rate-driven bull market is a process of conversion of someone’s wealth into your income.

Let’s look at how this works. Suppose Jennifer buys a condominium for a million bucks. If she pays cash, this is a large chunk of her life savings or inheritance. If she borrows to buy it, then she’s disbursing someone else’s savings. That saver has no idea what is being done with his savings. He probably thinks it’s safe in the bank.

Jen forks over this cash to the seller, David. Dave recovers his original cost to buy the asset, say six hundred grand. The rest, say four hundred, is profit. He goes out and uses much of the profit to buy a Ferrari, drink a 1983 Bordeaux, and dine on beluga caviar. Dave is driving, drinking, and eating Jen’s life savings.

What was Jennifer thinking? Why did she place so much of her wealth into his hands of David, who will only consume a large part of it?

Simple. Jen sees the bull market, and expects it to continue. She is hoping that after a while, she will sell at a profit. That is, she relies on the next guy to come along and give over an even larger chunk of wealth to her, so she can consume it. Maybe Ferraris aren’t her thing, but she fancies a cruise around the world, a diamond necklace, and she will enjoy some caviar too.

Charles Ponzi is now infamous for having promoted a scheme, where people who buy in later are enabling the earlier participants to cash out with profits. Such schemes can’t go on forever, because they are cannibalizing the participants. They do not generate real profits by increasing production. There are mere transfers, converting the wealth of some into the income of others.

Ponzi had nothing on the Fed, with its endless bond bull market, speculation, and capital destruction. Don’t blame Jennifer or David. Blame the Fed and its perverse game.

Gold is an international issue from China to Switzerland to India. It’s also a national issue in the US, as it is part of the Republican primary debate. And it is an issue in Arizona, soon to become (we hope!) the third state to pass a gold legal tender law. Please come to the Monetary Innovation Conference in Phoenix on Tuesday. Keith will discuss his ideas about falling interest rates and how it’s hurting everyone from savers to retirees. Entrepreneurs will discuss the problems they’re solving using gold. Please click here to register

Keith Weiner
Keither Weiner is the founder of the Gold Standard Institute USA in Phoenix, Arizona, and CEO of precious metals fund manager Monetary Metals. He created DiamondWare, a technology company which he sold to Nortel Networks in 2008. He writes about money, credit and gold. Visit his site at monetary-metals.com 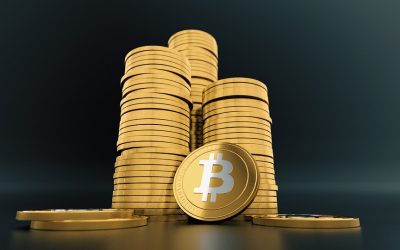 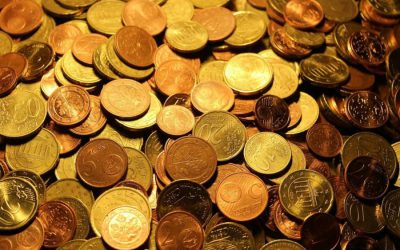