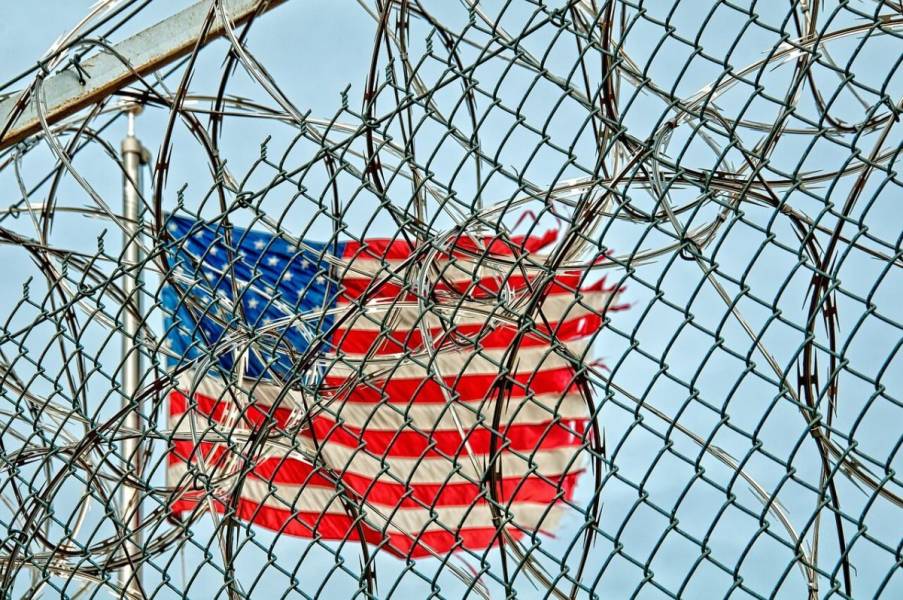 Should government be involved in a “drug war” to protect people from themselves, i.e. their own drug abuse? Most assume that it’s not even a question.

But consider some of the costs of this drug war.

Drug Enforcement Administration [DEA] agents have been accessing personal medical files without a warrant, generating a backlash from doctors and privacy advocates who say the practice is intrusive and unconstitutional — and have taken the agency to court.

It’s not just wrong; it should not even be a question.

Incredibly, the story reports that, “Lower courts have issued conflicting rulings to date, with one backing the DEA and another demanding the agency get warrants if it wants to look at patient records.”

The lower federal court in one medical records case sided with the government, saying the DEA followed the law and did not violate the 4th Amendment because, “Congress granted the DEA the administrative subpoena power as a tool to conduct those investigations.”

In a way, they’re right. Given the vague and nonobjective, unspecified powers given to the DEA by the Congress, it’s no wonder that the DEA increasingly pushes the limit and takes advantage of those undefined powers.

The real question is: Why did Congress (and by extension, the American people) give the DEA those powers in the first place? And, more importantly, why does almost nobody object?

For example, the DEA reportedly aligns itself with state licensing boards for physicians. These licensing boards are part of each state’s government. They are empowered to utilize things such as administrative subpoenas to take action when there’s reason to believe a doctor is a danger to the public, e.g. pretending to be a credentialed physician when he or she is not. Licensing boards are a separate discussion. However, the DEA is using these licensing board powers to randomly and arbitrarily seize hundreds of records at a time in order to do what Congress has (they claimed) empowered them to do — stop people from using or selling drugs, at all costs.

My own view is that we should not even have a DEA. I agree with the DEA that if they’re supposed to treat drug use and drug trade as crimes, then they must be free to do their job. But they should not be doing this job in the first place.

Even if you think drugs should be illegal, and there should be a DEA, I do not know how you can justify the DEA bypassing basic Constitutional and individual rights. The DEA has obviously overstepped its boundaries, even if you accept the legitimacy of its existence and task.

As the ACLU says,

“We cannot argue that the DEA or any other law enforcement should be totally shut out of these records,” said Nate Wessler, staff attorney for the American Civil Liberties Union, which is representing four unnamed plaintiffs in the Oregon case whose records were searched, they believe, illegally.”

“We are saying they should go to a judge first and demonstrate probable cause and get a warrant — that is what the Fourth Amendment requires.”

It all starts with the idea that when we do not like something, “There ought to be a law.” Drug abuse is an undeniably tragic syndrome; some even call it an illness. If it’s an illness, it’s something that people do to themselves. For that reason, it’s not a matter appropriate for government. Government exists to protect individuals from other people — from violent and fraudulent criminals, from foreign invaders and terrorists, and from fraudulent business practices. Government should — within the range of probable cause and search warrants — do what it has to do in these areas.

But drug abuse does not involve victimization of one person by another. People point to criminal activities and obviously illegal behaviors — murder, theft, and violence — spawned by drug abuse. But these behaviors happen because drug trade occurs on an underground illegal market. Drug abuse would still be destructive for individuals if it were legal, but it’s far more destructive for society when it’s illegal — because of the violent activity it requires to meet demand.

The government has literally created its own adversaries for the DEA to pursue by making drugs illegal in the first place. It’s a convenient scheme for giving DEA officials jobs and power, and it makes for some glamorous and dramatic television (see the current Netflix series Narcos); but it has little or nothing to do with helping people or protecting rights.

In fact, just the opposite is true, as we’re seeing. The DEA is an outrageous violator of rights. Its only defense is, “You told us to go after drug users and sellers.” At any price.

I’m not suggesting that legalizing drugs would be some kind of utopia. Granted, in a society where more and more people seek to use and abuse drugs to escape their minds and lives, it’s hard to imagine how that society can really function much longer. But whatever is going on within the psyches of the people who inhabit society, one thing is sure: Trying to force them to act against their choices will not improve things. It will only make matters worse. And the government will never stop addicts from pursuing their addictions.

If the federal government wishes to curtail drug abuse, it would do well to start with education. Our public education system is a miserable failure; it’s expensive, politicized and detached from the motivations and actual objective needs of students (and good teachers). Public schools utilize a one-size-fits-all German methodology dating back to the early 20th century. It completely lacks innovation, and it leaves most children ill-equipped to face the world with intellectual confidence and emotional self-esteem.

If we privatized education, you would end up with more young adults who have confidence in, and power over, the use of their minds. Drug abuse would almost certainly start to decrease. But privatizing education seems, if anything, even less likely than legalizing drugs. People cling to the myth that government schooling is the only schooling, the same way they cling to the myth that the federal government can and will eliminate drug abuse. After four decades of a “war on drugs” exactly how well is that working out?

If the same standards were employed to judge the drug war as most people used when evaluating, say, the war in Iraq, it would have been over decades ago. Instead, we keep doing the same thing, over and over, while expecting different results.

Not only is the drug war not working. The DEA is now seizing medical records from doctors without any concern for basic Constitutional rights largely upheld since the founding of the republic.

Dr. Abbas T. Zadeh, a general family practitioner with over 60 years of experience in medicine, died Sept. 5 at the age of 90, according to his attorney, Teri Moore. Moore said before he died, Zadeh told her not to give in.

“It was very important for him to stand up for the privacy of his patients,” said Moore, who believes the DEA is using the administrative subpoenas to circumvent the 4th Amendment, which prohibits unreasonable searches and seizures by the government.

It’s inspiring that Dr. Zadeh so believed in the rights of his own patients that he took this stand, to the end. Will other doctors do so? And what about the rest of us, all potential or actual patients?

Liberty and individual rights are only as viable as the people willing to defend them. We’re losing our rights, and it’s not just because of the DEA. It’s up to us to take them back. Let’s start with abolishing the DEA.