The Economy is in Liquidation Mode

Imagine running a rink company at the end of the roller skating craze. You know it is not going to survive for long. How do you operate your business? You milk it. Well, that's now happening across the entire economy. 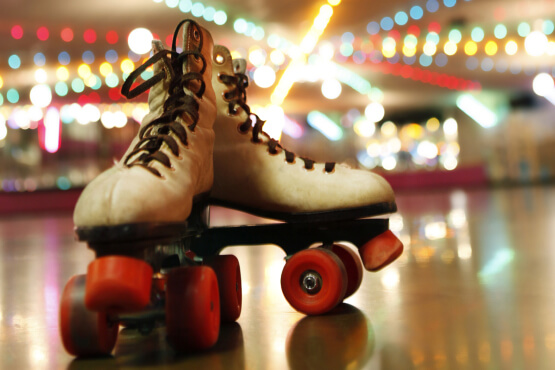 If you’re an American over a certain age, you remember roller skating rinks (I have no idea if it caught on in other countries). This industry boomed in the 1970’s disco era. However, by the mid 1980’s, the fad was fading. Imagine running a rink company at the end of the craze. You know it is not going to survive for long. How do you operate your business?

You spend nothing on capital improvements, slash maintenance, and reduce operating expenses. There’s no return on investment, so you cut to the bone and wring out as much cash as possible. When a business has no future, you operate in liquidation mode.

Your rink generates cash flow, but this is no profit. It’s simply the conversion of accumulated capital into present income. You are consuming capital, almost literally eating the business.

I have used a family farm as an example to paint a clear picture of capital consumption. Imagine using your farm, not to grow food, but to swap for it. You tear down the barn to sell the oak beams for flooring, auction off the back 40 (acres), put the tractor on Craigslist, then finally sell the farm and house. All to buy the produce you can no longer harvest.

Let this sink in. The farm’s falling crop yield can’t feed you any longer, but you still need to eat. You’re liquidating the farm merely to buy groceries.

The conventional view encourages you to be grateful that the purchasing power of the farm is high, that it trades for a big stash of food. While it may be true that you can eat for years on the proceeds, it’s small consolation for the loss of what had been an evergreen income.

Roller skating was just a minor entertainment trend. Only rink owners were harmed when it ended. By contrast, we would all be in big trouble if the same phenomenon happened to farming. And unfortunately it did. Not to farms—but across the whole economy, a decent return on capital is disappearing. Interest has gone the way of big hair and disco music.

Businesses borrow to expand production. The additional production increases profits. A portion of this profit is what pays interest. The problem is that fewer and fewer businesses can find decent opportunities to expand. If they could, they would be borrowing aggressively at today’s dirt-cheap interest rate. Their borrowing would push interest up. They’re not, and the proof is the fact that interest has been falling for three-decades.

The Federal Reserve is now pumping mass quantities of credit into the market, while productive demand for credit is lethargic. Borrowing—much of it for financial purposes such as share buybacks and acquisitions—now depends on the Fed and its artificially low administered interest rate.

The Fed operates on the theory that lowering interest stimulates the economy, at the cost of causing prices to rise. This is dubious, at best. However, so long as purchasing power holds steady, the Fed feels it has latitude to keep doing it. In its vain attempt to stimulate the economy, the Fed is actually suffocating it.

For centuries, people living in Western Civilization have been accumulating capital. They have not simply subsisted, and left the world the same as when they entered it. They have been creating more than they consume, passing on new wealth to their children.

The Fed’s falling interest rate has slammed this process into reverse. It has put the entire economy into liquidation mode. It has forced people to consume their capital.