Huge pensions for retired government workers can be found from small municipalities to national governments on both sides of the Atlantic. There is a reason. For elected officials, pensions are virtually the ideal thing to spend money on, politically speaking. Many kinds of spending of the taxpayers’ money win votes from the recipients. But raising taxes to pay for this spending loses votes from the taxpayers. Pensions offer a way out of this dilemma for politicians.

By contrast, private insurance companies that sell annuities are forced by law to set aside enough assets to cover the cost of the annuities they have promised to pay. But nobody can force the government to do that — and most governments do not.

This means that it is only a matter of time before pensions are due to be paid and there is not enough money set aside to pay for them. This applies to Social Security and other government pensions here, as well as to all sorts of pensions in other countries overseas.

Eventually, the truth will come out that there is just not enough money in the till to pay what retirees were promised. But eventually can be a long time.

A politician can win quite a few elections between now and eventually — and be living in comfortable retirement by the time it is somebody else’s problem to cope with the impossibility of paying retirees the pensions they were promised.

Inflating the currency and paying pensions in dollars that won’t buy as much is just one of the ways for the government to seem to be keeping its promises, while in fact welshing on the deal.

Despite the huge increase in government spending on domestic programs during Franklin D. Roosevelt’s administration in the 1930s, FDR cut back on military spending. On the eve of the Second World War, the United States had the 16th largest army in the world, right behind Portugal.

Even this small military force was so inadequately supplied with equipment that its training was skimped. American soldiers went on maneuvers using trucks with “tank” painted on their sides, since there were not enough real tanks to go around.

American warplanes were not updated to match the latest warplanes of Nazi Germany or imperial Japan. After World War II broke out, American soldiers stationed in the Philippines were fighting for their lives using rifles left over from the Spanish-American war, decades earlier. The hand grenades they threw at the Japanese invaders were so old that they often failed to explode. At the battle of Midway, of 82 Americans who flew into combat in obsolete torpedo planes, only 12 returned alive. In Europe, our best tanks were never as good as the Germans’ best tanks, which destroyed several times as many American tanks as the Germans lost in tank battles.

Fortunately, the quality of American warplanes eventually caught up with and surpassed the best that the Germans and Japanese had. But a lot of American pilots lost their lives needlessly in outdated planes before that happened.

In a nuclear age, we may not have time to recover from our short-sighted policies, as we did in World War II.

About Thomas Sowell
Thomas Sowell has published a large volume of writing. His dozen books, as well as numerous articles and essays, cover a wide range of topics, from classic economic theory to judicial activism, from civil rights to choosing the right college. Please contact your local newspaper editor if you want to read the THOMAS SOWELL column in your hometown paper. 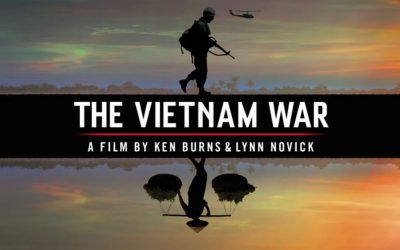