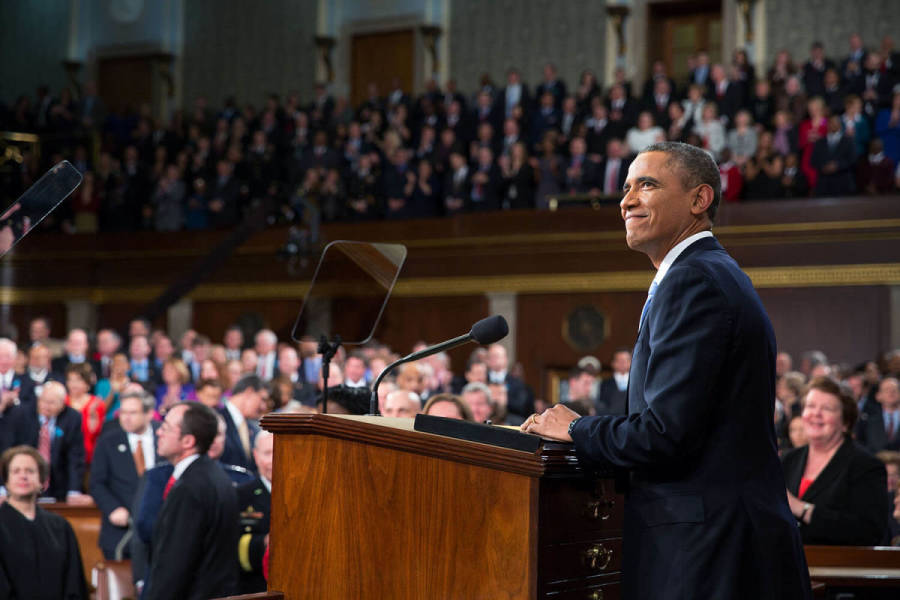 In a recent panel discussion on poverty at Georgetown University, President Barack Obama gave another demonstration of his mastery of rhetoric — and disregard of reality.

One of the ways of fighting poverty, he proposed, was to “ask from society’s lottery winners” that they make a “modest investment” in government programs to help the poor.

Since free speech is guaranteed to everyone by the First Amendment to the Constitution, there is nothing to prevent anybody from asking anything from anybody else. But the federal government does not just “ask” for money. It takes the money it wants in taxes, usually before the people who have earned it see their paychecks.

Despite pious rhetoric on the left about “asking” the more fortunate for more money, the government does not “ask” anything. It seizes what it wants by force. If you don’t pay up, it can take not only your paycheck, it can seize your bank account, put a lien on your home and/or put you in federal prison.

So please don’t insult our intelligence by talking piously about “asking.”

And please don’t call the government’s pouring trillions of tax dollars down a bottomless pit “investment.” Remember the soaring words from Barack Obama, in his early days in the White House, about “investing in the industries of the future”? After Solyndra and other companies in which he “invested” the taxpayers’ money went bankrupt, we haven’t heard those soaring words so much.

Then there are those who produced the wealth that politicians want to grab. In Obama’s rhetoric, these producers are called “society’s lottery winners.”

Was Bill Gates a lottery winner? Or did he produce and sell a computer operating system that allows billions of people around the world to use computers, without knowing anything about the inner workings of this complex technology?

Was Henry Ford a lottery winner? Or did he revolutionize the production of automobiles, bringing the price down to the point where cars were no longer luxuries of the rich but vehicles that millions of ordinary people could afford, greatly expanding the scope of their lives?

Most people who want to redistribute wealth don’t want to talk about how that wealth was produced in the first place. They just want “the rich” to pay their undefined “fair share” of taxes. This “fair share” must remain undefined because all it really means is “more.”

Once you have defined it — whether at 30 percent, 60 percent or 90 percent — you wouldn’t be able to come back for more.

Obama goes further than other income redistributionists. “You didn’t build that!” he declared to those who did. Why? Because those who created additions to the world’s wealth used government-built roads or other government-provided services to market their products.

And who paid for those roads and other government-provided services if not the taxpayers? Since all other taxpayers, as well as non-taxpayers, also use government facilities, why are those who created private wealth not to use them also, since they are taxpayers as well?

The fact that most of the rhetorical ploys used by Barack Obama and other redistributionists will not stand up under scrutiny means very little politically. After all, how many people who come out of our schools and colleges today are capable of critical scrutiny?

When all else fails, redistributionists can say, as Obama did at Georgetown University, that “coldhearted, free-market capitalist types” are people who “pretty much have more than you’ll ever be able to use and your family will ever be able to use,” so they should let the government take that extra money to help the poor.

Slippery use of the word “use” seems to confine it to personal consumption. The real question is whether the investment of wealth is likely to be done better by those who created that wealth in the first place or by politicians. The track record of politicians hardly suggests that turning ever more of a nation’s wealth over to them is likely to turn out well.

It certainly has not turned out well in the American economy under Barack Obama.