In a chapter of Nobel prize winning physicist Richard Feynman’s book Surely You’re Joking Mr. Feynman! he discusses junk science and relates it to a tribal phenomena known as the cargo cult.

In the South Seas there is a cargo cult of people. During the war they saw airplanes land with lots of good materials, and they want the same thing to happen now. So they’ve arranged to imitate things like runways, to put fires along the sides of the runways, to make a wooden hut for a man to sit in, with two wooden pieces on his head like headphones and bars of bamboo sticking out like antennas–he’s the controller–and they wait for the airplanes to land. They’re doing everything right. The form is perfect. It looks exactly the way it looked before. But it doesn’t work. No airplanes land. So I call these things cargo cult science, because they follow all the apparent precepts and forms of scientific investigation, but they’re missing something essential, because the planes don’t land.

In other words, rather than understanding and initiating the fundamental cause of some effect the cargo cult imitates the form of the causal process in the hope that it will bring them the actual effect. In this case, the islanders created an imitation airport in the hopes that it would result in actual goods being brought by airplanes. In the same way, Keynesian economists can be thought of as cargo cult economists.

Everywhere we hear the Keynesian doctrine that in order to restore economic prosperity, we must encourage spending. If only people would spend we would be OK. The Fed is lowering interest rates to zero in order to encourage lending. Obama is proposing to spend hundreds of billions of dollars to “restore” economic growth. Naturally, the money for these programs will be created out of thin air by the Federal Reserve when it purchases Treasury securities with fake money.

In a simple barter economy, you would not think to offer nothing for a good that you desire. You would offer something that you own or have created. In reality, nothing changes when you introduce a medium of exchange (money) in order to simplify transactions. In order to actually spend money, you must produce something and offer it as a value for a value. In other words, spending or “demand” is a consequence of production. Your demand is your supply which is in essence Say’s Law.

Notice that the cargo cult economists try and imitate the form of a valid economic transaction by advocating the creation and expansion of paper money. When the government prints paper money and offers the paper dollars for goods and services, it appears that someone has produced wealth and is exchanging it for an equal value. After all, in the past, when the paper was backed by real wealth (gold), it was observed that there was a lot of paper money around. So, just as the cargo cults fabricated control towers and runways in the hope that it would bring real goods, the cargo cult economists believe that by creating paper money with fancy ink and stamping a large number on it, wealth will result. But just as the “planes don’t land” for the islanders, creating paper money does not create goods.

I must go now. I created a cardboard gas pump, and I’m going to check to see if gas appeared yet. 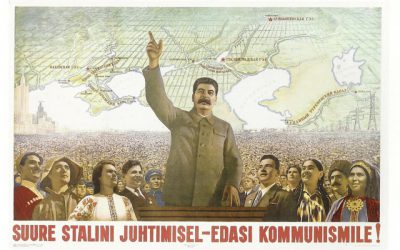 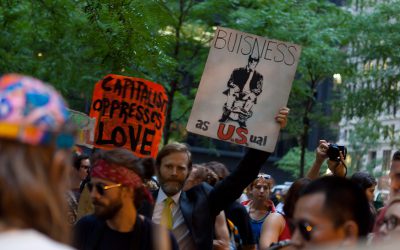 The Centenary of Ludwig Von Mises’s Critique of Socialism

Ludwig Von Mises’s devastating critique of why a socialist economic system must always be inferior to capitalism.