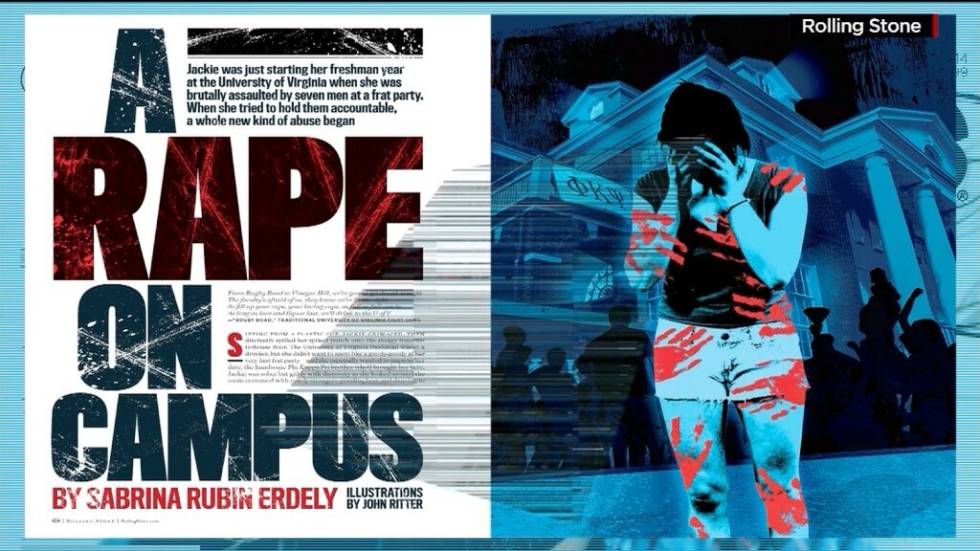 If we forget the difference between violent and non-violent conduct, no one is safe. If we pretend everyone is guilty instead of a few real criminals, rapists win.

Apparently, new laws are needed because at colleges, sexual assault is “epidemic.” Rape is so common that there is a “rape culture.”

I hear that a lot.

It is utter exaggeration. Fortunately, AEI scholar Christina Hoff Sommers is around to reveal the truth.

“This idea of a rape culture was built on false statistics and twisted theories about toxic masculinity,” she says.

No one denies that some men, especially when drunk, get violent and abusive. I saw nasty behavior when I was in college, and I assume there are places worse than Princeton.

Sommers says, “I always make clear, rape is a very serious problem, (but) if you look at the best data … it is not an epidemic. And we do not have a rape culture.”

The difference is not just numbers, she says. “Rape culture means everything in society is reinforcing (rape) and making it seem a legitimate thing to do. Of course that’s not true.”

The media love crisis, and hyping sexual assault is a good way to get attention.

Recently, a Rolling Stone article said that men routinely assault women at the University of Virginia. It told a frightening story, based on one witness, of gang rape in a frat house that left the victim’s friends completely uninterested, since assault is so routine.

The article got lots of attention. Then completely fell apart.

“It proved to be a sort of gothic fantasy, a male-demonizing fantasy,” says Sommers. “It was absurd.”

In much American media, a rape story is “too good to check.” The Rolling Stone author admits she wanted to believe. She barely fact-checked the claims made by her source. Her source’s story fit the reporter’s own “rape culture” narrative. She interviewed students at many campuses, waiting for the rape story she wanted to hear.

The Rolling Stone story sounded extraordinary from the beginning. “But for several days, people in the media just believed it, and publicized it, and anguished over it,” says Sommers. To doubt was taboo. “The hysteria around campus assault, the false information has been building for so long,” warns Sommers, “people are willing to believe anything.”

President Obama added to the misinformation by pandering to the feminist victim lobby, creating a “sex abuse task force” and repeating a widely quoted — yet obviously absurd — rape statistic: “It is estimated that one in five women on college campuses has been sexually assaulted during their time there. One in five!”

Yes, Mr. President, we hear that a lot.

At allegedly horrible University of Virginia, where Rolling Stone said assault was routine, .46 sexual offenses were reported per thousand students. That’s 46 too many, but for “one in five” to be true, it would have to be 200.

Admittedly, many victims of assault fear going public, so the UVA number may be higher than .46. Nevertheless, one in five just isn’t plausible.

“The figure is closer to one in 50,” says Sommers of colleges overall.

Sexual assault is serious stuff. Activists trivialize it by asking survey questions like “Did you ever receive unwanted sexual contact while drunk?” and counting “yes” answers as assaults.

“The CDC did a study,” recounts Sommers. “They called it sexual violence if you said yes (to the question) ‘Has anyone ever pressured you to have sex by telling you tales, or making you feel guilty?’ That counted as violence.”

It’s not nice to pressure someone. But people do that. That’s different from violence, isn’t it?

If we forget the difference between violent and non-violent conduct, no one is safe. If we pretend everyone is guilty instead of a few real criminals, rapists win. No longer are they a dangerous group of very bad people, they’re just — men.

That’s no victory for women. Or anyone.

Who cares about facts anymore, in this age of indoctrination?