Obama and Iran: Etiquette Versus Annihilation

In Obama's vision, as a citizen of the world, there may be no reason why Iran should not have nuclear weapons when other nations have them. 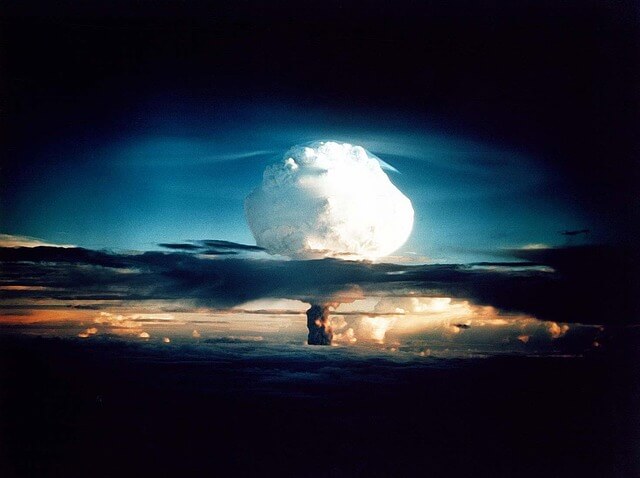 Recent statements from United Nations officials, that Iran is already blocking their existing efforts to keep track of what is going on in their nuclear program, should tell anyone who does not already know it that any agreement with Iran will be utterly worthless in practice. It doesn’t matter what the terms of the agreement are, if Iran can cheat.

It is amazing — indeed, staggering — that so few Americans are talking about what it would mean for the world’s biggest sponsor of international terrorism, Iran, to have nuclear bombs, and to be developing intercontinental missiles that can deliver them far beyond the Middle East.

Back during the years of the nuclear stand-off between the Soviet Union and the United States, contemplating what a nuclear war would be like was called “thinking the unthinkable.” But surely the Nazi Holocaust during World War II should tell us that what is beyond the imagination of decent people is by no means impossible for people who, as Churchill warned of Hitler before the war, had “currents of hatred so intense as to sear the souls of those who swim upon them.”

Have we not already seen that kind of hatred in the Middle East? Have we not seen it in suicide bombings there and in suicide attacks against America by people willing to sacrifice their own lives by flying planes into massive buildings, to vent their unbridled hatred?

The Soviet Union was never suicidal, so the fact that we could annihilate their cities if they attacked ours was a sufficient deterrent to a nuclear attack from them. But will that deter fanatics with an apocalyptic vision? Should we bet the lives of millions of Americans on our ability to deter nuclear war with Iran?

It is now nearly 70 years since nuclear bombs were used in war. Long periods of safety in that respect have apparently led many to feel as if the danger is not real. But the dangers are even greater now and the nuclear bombs more devastating.

Clearing the way for Iran to get nuclear bombs may — probably will — be the most catastrophic decision in human history. And it can certainly change human history, irrevocably, for the worse.

Against that grim background, it is almost incomprehensible how some people can be preoccupied with the question whether having Israeli prime minister Benjamin Netanyahu address Congress, warning against the proposed agreement, without the prior approval of President Obama, was a breach of protocol.

Against the background of the Obama administration’s negotiating what can turn out to be the most catastrophic international agreement in the nation’s history, to complain about protocol is to put questions of etiquette above questions of annihilation.

Why is Barack Obama so anxious to have an international agreement that will have no legal standing under the Constitution just two years from now, since it will be just a presidential agreement, rather than a treaty requiring the “advice and consent” of the Senate?

There are at least two reasons. One reason is that such an agreement will serve as a fig leaf to cover his failure to do anything that has any serious chance of stopping Iran from going nuclear. Such an agreement will protect Obama politically, despite however much it exposes the American people to unprecedented dangers.

The other reason is that, by going to the United Nations for its blessing on his agreement with Iran, he can get a bigger fig leaf to cover his complicity in the nuclear arming of America’s most dangerous enemy. In Obama’s vision, as a citizen of the world, there may be no reason why Iran should not have nuclear weapons when other nations have them.

Politically, President Obama could not just come right out and say such a thing. But he can get the same end result by pretending to have ended the dangers by reaching an agreement with Iran. There have long been people in the Western democracies who hail every international agreement that claims to reduce the dangers of war.

The road to World War II was strewn with arms control agreements on paper that aggressor nations ignored in practice. But those agreements lulled the democracies into a false sense of security that led them to cut back on military spending while their enemies were building up the military forces to attack them.