Selma is a lost opportunity. A great movie about achieving 20th century progress for blacks in America has yet to be made. Selma is an example of how not to do it. 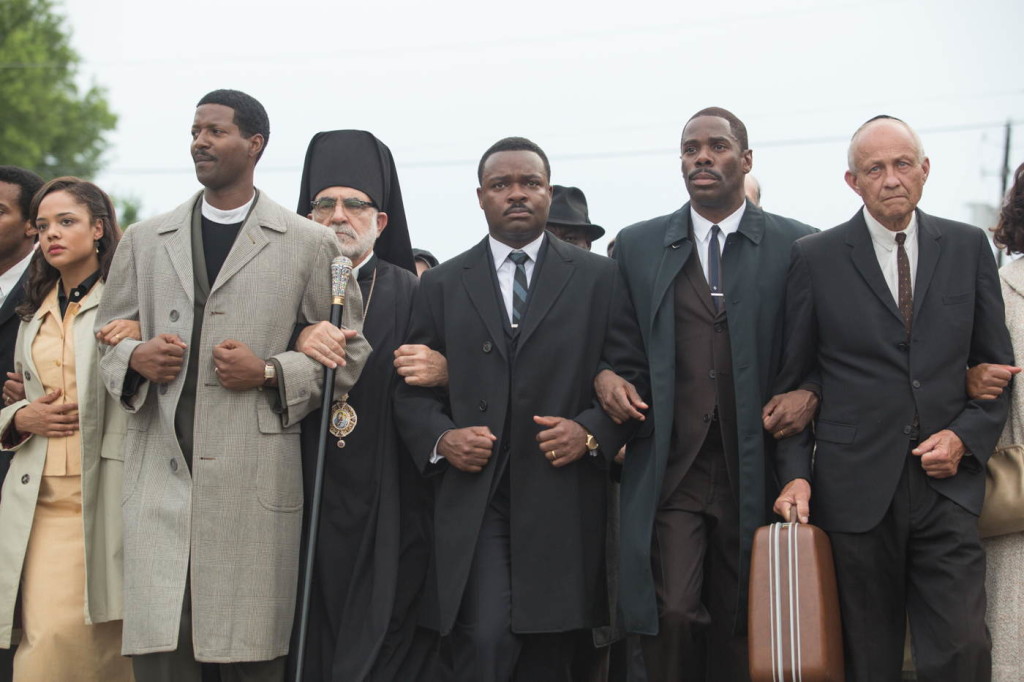 Paramount’s Selma (opening on Christmas Day like Into the Woods and American Sniper) trivializes a pivotal moment in U.S. history. It’s a poorly made movie that grazes, and misses, key themes, contains good moments and more cringe-inducing scenes. Centered upon the prelude to sonorous black preacher and civil rights leader Martin Luther King’s march at Selma, Alabama, which galvanized whites’ support for Negroes’ individual rights in the face of police brutality and widespread injustice in the South, Selma, co-produced by Oprah Winfrey with Brad Pitt’s Plan B company (12 Years a Slave, World War Z) and directed by Ava DuVernay, reduces violent, gripping history to a speechified snoozefest. 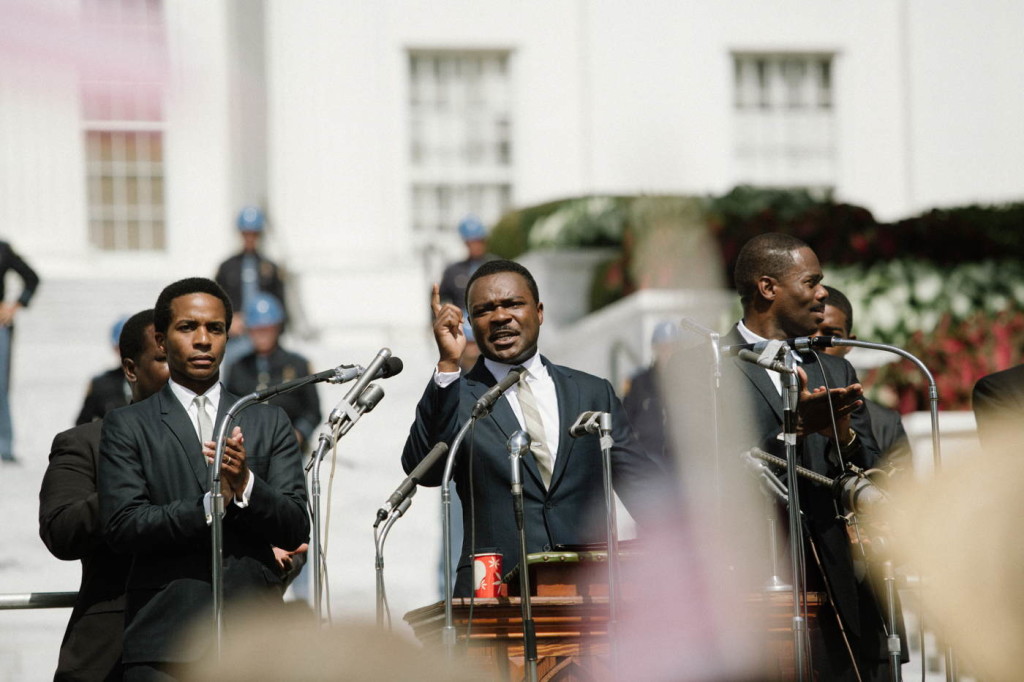 The leading role is miscast. As the Reverend Dr. King, Jr., who moved people to principled action with his powerful words, David Oyelowo has no charisma. None of the passionate tones or soulful, sweat-breaking tensions are on display in his lackluster performance, though he does better in dialogue-driven scenes with his onscreen wife, Coretta Scott King (Carmen Ejogo), who is portrayed as more contemporary than the reserved Mrs. King. Other misfires include Tim Roth as Alabama Governor George Wallace in disastrous miscasting. Oprah Winfrey appears, too, yet again as a steely black woman, so the role’s less potent than it might have been. There are other cast problems, but the whole picture never comes together. 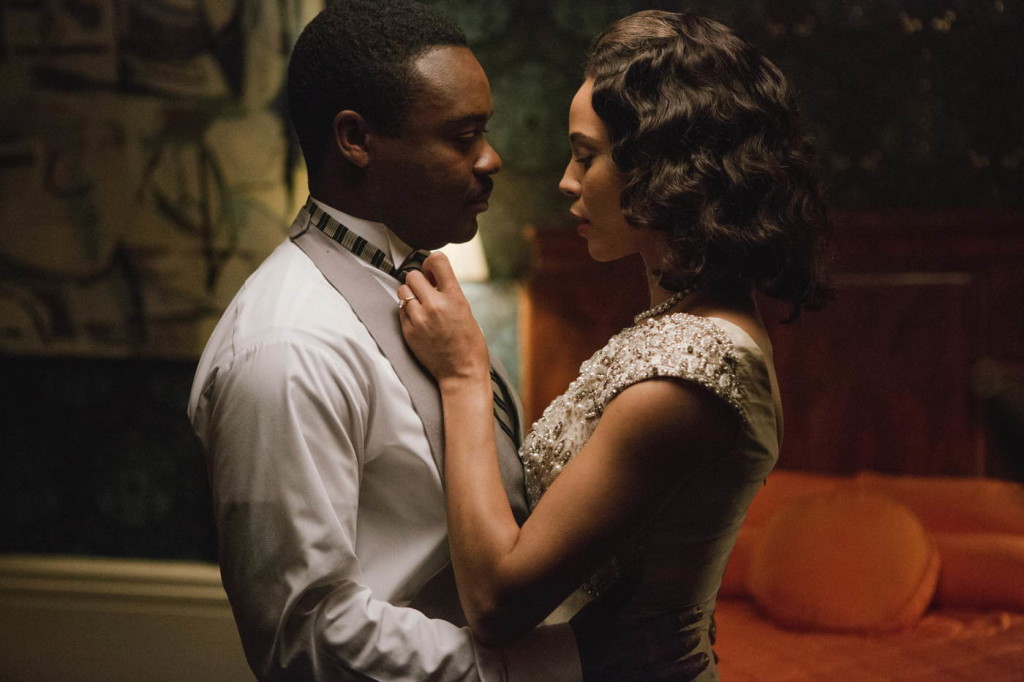 Given the source material, it certainly should, whether one remembers the era when blacks couldn’t vote in the South or not. “Whites only since 1855”, one despicable sign reads, subtly reminding the audience that this took place merely 100 years after the end of the American Civil War. American Negroes are beaten, murdered and executed by police and racist thugs and all of this begins to happen, thanks to Martin Luther King and his non-violent movement for civil rights, in plain sight of white Americans. In one powerful scene (not surprisingly, there are several), an idealistic young black man named Jimmie Lee Jackson (Keith Stanfield, acting with his eyes) is beaten and shot to death. There are other, more infamous, acts of injustice depicted, too. Amid a behind-the-scenes structure that tries but never goes too deep, the most compelling aspect of King’s legacy depicted here is his adroit sense of activism, letting facts be put on display to speak for themselves. Lorraine Toussaint is excellent in scattered short scenes as Amelia Boynton Robinson, another Selma marcher who was beaten, but not without first speaking her mind that Negroes are the world’s first humans and innovators and should be aware of their ancestry. More than any other character, one sees in her face the determination to act in her self-interest and be treated as an individual with inalienable rights and, in this sense, the power in Selma‘s depiction applies to any activist who seeks justice, whether in a public protest against police brutality or a rally for the Tea Party.

With King alternating between his Georgia home and the oncoming Alabama confrontation, when he isn’t meeting President Johnson (Tom Wilkinson, doing his best to add levity as LBJ in an unfairly written role) at the White House, and with more speeches than an awards ceremony, momentum slows to a crawl and never regains motion, let alone wider historical perspective. Other problems and drags include an appearance by Malcolm X (Nigel Thatch) which noticeably omits that he represents the Nation of Islam and a reference to his assassination which omits that he was assassinated by black Moslems. An overromanticized New York Times reporter and end titles that cap the lives of activists-turned-career politicians such as John Lewis (Stephan James) and Andrew Young (Andre Holland) but omit lesser known activists such as Boynton do not help. Selma oversimplifies and underdramatizes history. The 2-hour plus movie feels artificial. 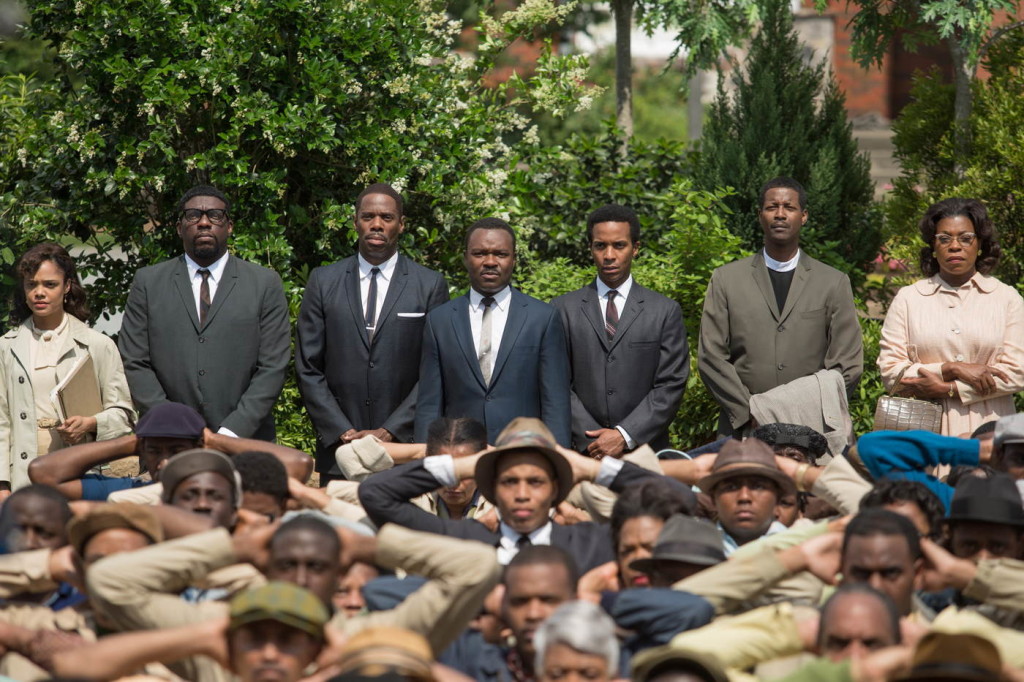 Tack on wasted performances by Martin Sheen and Cuba Gooding, Jr. and a closing rap track that makes a reference to “hands up” at “Ferguson”, which minimizes the meaning of what was achieved at Selma, and this is one half-baked movie. While there are signs of real talent here and there, including Ruth E. Carter’s costumes and a buried subtext applying King’s affirmation that “we can do this” to Johnson’s “we shall do this” which dovetails to King’s marriage, Selma is a lost opportunity. A great movie about achieving 20th century progress for blacks in America has yet to be made. Selma is an example of how not to do it.