If you assume that Barack Obama is trying to protect the safety and interests of the United States and its allies, then clearly he has been a monumental failure. 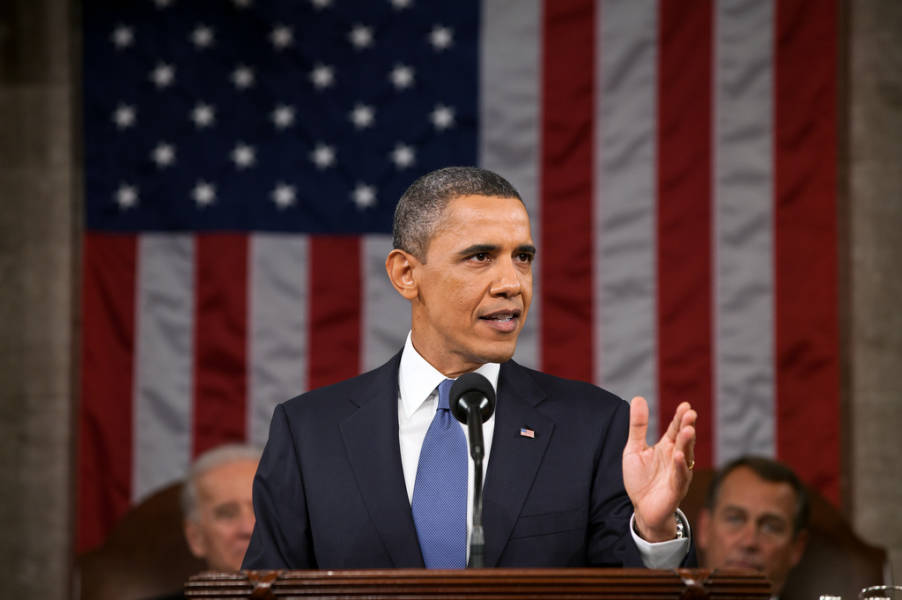 Those people who say that President Obama has no clear vision and no clear strategy for dealing with the ISIS terrorists in the Middle East may be mistaken. It seems to me that he has a very clear and very consistent strategy. And a vision behind that strategy.

First the strategy — which is to get each crisis off the front pages and off television news programs as quickly as he can, in whatever way he can, at the lowest political cost. Calling ISIS a junior varsity months ago accomplished that goal.

Saying before the 2012 elections that “bin Laden is dead” and that terrorism was defeated accomplished the goal of getting reelected.

Ineffective sanctions against Iran and Russia likewise serve a clear purpose. They serve to give the illusion that Obama is doing something that will stop Iran from getting nuclear bombs and stop Russia from invading Ukraine.

This forestalls the massive and enraged outcries there would be if the public were fully aware that he was doing nothing serious enough to prevent either of these things from happening. Generations of Americans yet unborn may curse us all for leaving them hostage to a nuclear terrorist Iran. But generations yet unborn do not vote, so they carry no weight with Barack Obama.

No one has a perfect batting average in any field, so Obama has been caught in some dicey situations, such as the sudden eruption of ISIS on the world stage, with their videotaped beheadings that make it hard to get them off the front pages and off the TV newscasts.

Caught off guard, the president has played for time — time for Iraq to get its internal politics fixed, time for our allies to come together, time for the military to create a strategy. Ideally, from his standpoint, time for the whole ISIS crisis to blow over.

Some people are wondering how someone of obvious intelligence like Barack Obama could be so mistaken about so many things, especially in deadly foreign policy issues. But there is no way of knowing whether anyone is succeeding or failing without first knowing what they are trying to do.

If you assume that Barack Obama is trying to protect the safety and interests of the United States and its allies, then clearly he has been a monumental failure. It is hard to think of any part of the world where things have gotten better for us since the Obama administration began.

Certainly not in Iraq. Or Iran. Or Libya. Or China. Things went from bad to worse after Obama intervened in Egypt and helped put the murderous Muslim Brotherhood in power. Fortunately for Egypt — and for the whole Middle East — the Egyptian military took the Muslim Brotherhood out of power, in defiance of Obama.

He has, from childhood on, been mentored by, or allied with, people hostile to the United States and to American values. His mentors and allies have all been very much like the Reverend Jeremiah Wright, even if they were not as flamboyant.

Barack Obama has succeeded in reducing America’s military strength while our adversaries are increasing theirs, and reducing our credibility and influence with our allies. That is completely consistent with his vision of how the world ought to be, with the West taken down a peg and humbled.

We are currently at a point where we can either kill as many of the ISIS terrorists as possible over there — where they are bunched together and visible against a desert background — or else leave the job half done and have them come over here, where they will be hard to find, and can start beheading Americans in America.

Everything in Barack Obama’s history suggests that he is going to leave the job half done, so long as that gets the issue off the front pages and off the TV newscasts.