The Case Against “Reparations for Slavery” 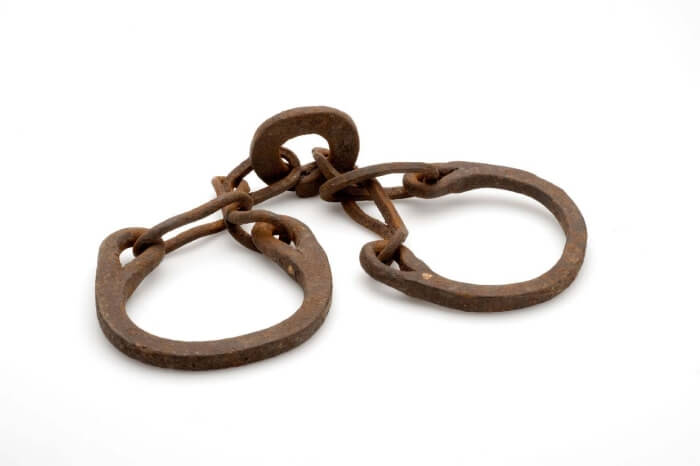 Dr. William's explains why slavery is not the "blame whitey" issue that race hustlers make it out to be.

Dr. William’s explains why slavery is not the “blame whitey” issue that race hustlers make it out to be.

Calls for slavery reparations have returned with the publication of Ta-Nehisi Coates’ “The Case for Reparations” in The Atlantic magazine (May 21, 2014). In making his argument, Coates goes through the horrors of slavery, Reconstruction, Jim Crow and gross racial discrimination.

First off, let me say that I agree with reparations advocates that slavery was a horrible, despicable violation of basic human rights. The gross discrimination that followed emancipation made a mockery of the guarantees of the U.S. Constitution. I also agree that slave owners and slave traders should make reparations to those whom they enslaved. The problem, of course, is that slaves, slave owners and slave traders are all dead. Thus, punishing perpetrators and compensating victims is out of the hands of the living.

Punishing perpetrators and compensating victims is not what reparations advocates want. They want government to compensate today’s blacks for the bondage suffered by our ancestors. But there’s a problem. Government has no resources of its very own. The only way for government to give one American a dollar is to first — through intimidation, threats and coercion — confiscate that dollar from some other American. Therefore, if anybody cares, a moral question arises. What moral principle justifies punishing a white of today to compensate a black of today for what a white of yesterday did to a black of yesterday?

There’s another moral or fairness issue. A large percentage, if not most, of today’s Americans — be they of European, Asian, African or Latin ancestry — don’t even go back three or four generations as American citizens. Their ancestors arrived on our shores long after slavery. What standard of justice justifies their being taxed to compensate blacks for slavery? For example, in 1956, thousands of Hungarians fled the brutality of the USSR to settle in the U.S. What do Hungarians owe blacks for slavery?

There’s another thorny issue. During slavery, some free blacks purchased other blacks as a means to free family members. But other blacks owned slaves for the same reason whites owned slaves — to work farms or plantations. Are descendants of these slaveholding blacks eligible for and deserving of reparations?

When African slavery began, there was no way Europeans could have enslaved millions of Africans. They had no immunity from diseases that flourished in tropical Africa. Capturing Africans to sell into slavery was done by Arabs and black Africans. Would reparations advocates demand that citizens of Ghana, Ivory Coast, Nigeria, Kenya and several Muslim states tax themselves to make reparation payments to progeny of people whom their ancestors helped to enslave?

Reparations advocates make the foolish unchallenged argument that the United States became rich on the backs of free black labor. That’s nonsense that cannot be supported by fact. Slavery doesn’t have a very good record of producing wealth. Slavery was all over the South, and it was outlawed in most of the North. Buying into the reparations argument about the riches of slavery, one would conclude that the antebellum South was rich and the slave-starved North was poor. The truth of the matter is just the opposite. In fact, the poorest states and regions of our nation were places where slavery flourished — Mississippi, Alabama and Georgia — while the richest states and regions were those where slavery was absent: Pennsylvania, New York and Massachusetts.

One of the most ignored facts about slavery’s tragic history — and it’s virtually a secret today — is that slavery was a worldwide institution for thousands of years. It did not become a moral issue until the 18th century. Plus, the moral crusade against slavery started in the West, most notably England.

I think the call for slavery reparations is simply another hustle. Advocates are not demanding that government send checks to individual black people. They want taxpayer money to be put into some kind of reparations fund from which black leaders decide who receives how much and for what purpose.