The Ambassador and the Post Office: A Lesson on Freedom from India

You can always keep anything old, clunky and inefficient still in business, if you are willing to pour unlimited amounts of the taxpayers' money down a bottomless pit.

At one time, people in India had to get on a waiting list to buy Hindustan Motors’ Ambassador automobile, even though it was an obvious copy of Britain’s Morris Oxford of some decades earlier. The reason was simple: the Indian government would not allow cars to be imported to compete with it.

The fact that the Ambassador was a copy is hardly an automatic reason for condemnation. The first Nikon camera was an obvious copy of a German camera called the Contax, and the first Canon was an obvious copy of the Leica. The difference is that, over the years, Nikons and Canons rose to become state of the art, during both the era of film and in the new digital age.

Not so the Ambassador car. It was notorious for poor finish and poor handling. But, since it was the only game in town — and “town” was all of India, people were on waiting lists for it for months, and sometimes even years.

By contrast, Nikon and Canons were good cameras from day one and they just got better as the companies that produced them gained more experience. With a highly competitive international market for cameras, they had no choice if they wanted to survive.

But the Hindustan Ambassador had no such problem. Only those who bought them had problems.

Toward the end of the 20th century, India began to loosen up some of its jungle of rules and regulations that were strangling India’s businesses. Though India is still a long way from a free market, just the relaxing of some of its economic restrictions was enough to promote a higher rate of growth and a substantial reduction in poverty.

They even allowed a Japanese car maker to build cars in India. This resulted in a car called the Maruti, which quickly shot to the top as the most popular car in India. Even more remarkable, it led to some improvements in the Ambassador. A British newspaper said that the Ambassador now had “perceptible acceleration.”

Now that there was competition, the distinguished British magazine “The Economist” announced, “Marutis too are improving, in anticipation of the next invaders.”

Perhaps the last chapter in the story of the Ambassador has now been written. Hindustan Motors recently announced that it was closing — indefinitely — the factory where the Ambassador was built.

According to the Wall Street Journal, “The company cited low productivity, ‘a critical shortage of funds’ and a lack of demand for its core product, the Ambassador.”

Our post office, like the Hindustan Ambassador, has had a long run as a government protected monopoly. But just a partial erosion of that monopoly, with the appearance of United Parcel Service and Federal Express, has threatened the viability of the post office.

I don’t know who they thought put that money in the Treasury that the post office has been “borrowing” all these years, with no one foolish enough to think that they would ever be either willing or able to pay it back.

We could all use a line of credit from which we could get a few billion dollars, here and there, to cover our losses from time to time. But we are not all the post office.

Ironically, India has partially privatized its post office by letting private companies deliver mail. The government post office’s deliveries of mail dropped from 16 billion to less than 8 billion in just six years, even though the population of India was growing.

You can always keep anything old, clunky and inefficient still in business, if you are willing to pour unlimited amounts of the taxpayers’ money down a bottomless pit.

Hindustan Motors had to shut their doors when they ran out of money. How long will we continue to keep our own version of the Hindustan Ambassador on life support at the expense of the taxpayers, and of captive customers who are not even allowed by law to decide who can put mail in the boxes that the customers bought? 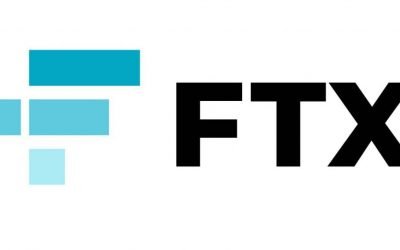 The False Face of SBF, FTX, and ESG

FTX and its subsidiaries, guided by SBF, had as much to do with “building a flourishing future” as ESG does with “creating a livable planet.”