Most of Barack Obama's foreign policy decisions since becoming president are consistent with this mindset. He has acted repeatedly as a citizen of the world, even though he was elected to be President of the United States. 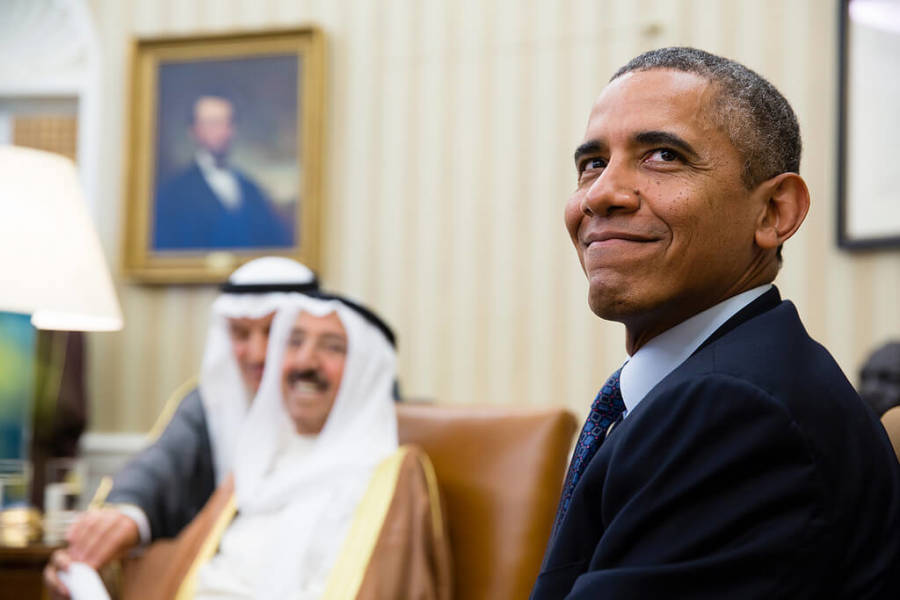 Many people are lamenting the bad consequences of Barack Obama’s foreign policy, and some are questioning his competence.

There is much to lament, and much to fear. Multiple setbacks to American interests have been brought on by Obama’s policies in Libya, Egypt, Syria, Crimea and — above all — in what seems almost certain to become a nuclear Iran in the very near future.

The president’s public warning to Syria of dire consequences if the Assad regime there crossed a “red line” he had drawn seemed to epitomize an amateurish bluff that was exposed as a bluff when Syria crossed that red line without suffering any consequences. Drawing red lines in disappearing ink makes an international mockery of not only this president’s credibility, but also the credibility of future American presidents’ commitments.

When some future President of the United States issues a solemn warning internationally, and means it, there may be less likelihood that the warning will be taken seriously. That invites the kind of miscalculation that has led to wars.

Many who are disappointed with what seem to be multiple fiascoes in President Obama’s foreign policy question his competence and blame his inexperience.      Such critics may be right, but it is by no means certain that they are.

Like those who are disappointed with Barack Obama’s domestic policies, critics of his foreign policy may be ignoring the fact that you cannot know whether someone is failing or succeeding without knowing what he is trying to do.

Whether ObamaCare, for example, is a success or a failure, depends on whether you think the president’s goal is to improve the medical treatment of Americans or to leave as his permanent legacy a system of income redistribution, through ObamaCare, and tight government control of the medical profession.

Much, if not most, of the disappointment with Barack Obama comes from expectations based on his words, rather than on an examination of what he has done over his lifetime before reaching the White House.

His words were glowing. He is a master of rhetoric, image and postures. He was so convincing that many failed to connect the dots of his past life that pointed in the opposite direction from his words. “Community organizers,” for example, are not uniters but dividers — and former community organizer Obama has polarized this country, despite his rhetoric about uniting us.

Many were so mesmerized by both the man himself and the euphoria surrounding the idea of “the first black president” that they failed to notice that there were any dots, much less any need to connect them.

One dot alone — the Reverend Jeremiah Wright, whose church the Obamas attended for 20 years — would have been enough to sink any other presidential bid by anyone who was not in line to become “the first black president.”

The painful irony is that Jeremiah Wright was just one in a series of Obama’s mentors hostile to America, resentful of successful Americans, and convinced that America had too much power internationally, and needed to be brought down a peg.

Anti-Americanism was the rule, not the exception, among Obama’s mentors over the years, beginning in his childhood. When the young Obama and his mother lived in Indonesia, her Indonesian husband wanted her to accompany him to social gatherings with American businessmen — and was puzzled when she refused.

He reminded her that these were her own people. According to Barack Obama’s own eyewitness account, her voice rose “almost to a shout” when she replied: “They are not my people.”

Most of Barack Obama’s foreign policy decisions since becoming president are consistent with this mindset. He has acted repeatedly as a citizen of the world, even though he was elected to be President of the United States.

Virtually every major move of the Obama administration has reduced the power, security and influence of America and its allies. Cutbacks in military spending, while our adversaries have increased their military buildups, ensure that these changes to our detriment will continue, even after Barack Obama has left the White House.

Is that failure or success?