It is about time the oil companies take the high moral ground and tell the world what a crucial value oil and other fossil fuels are to us. 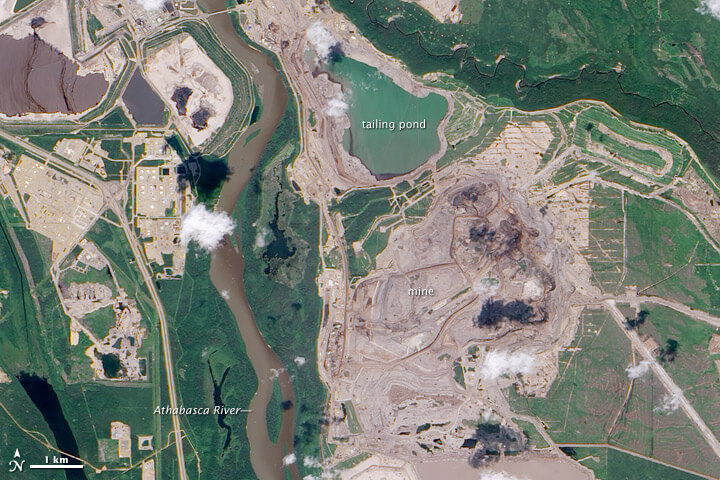 Let’s start with the bad news. Neil Young’s is the most immoral of the celebrity attacks so far. When given a tour of the oil sands operations in Fort McMurray, he chose to focus on the physical appearance of the open pit mine—which will be reclaimed when mining ends—and ignore all the other relevant facts. Other celebrity critics (movie director James Cameron comes to mind) have changed their stance when they learned the facts about the oil sands, but not Neil Young. He failed to acknowledge the tremendous value of the oil sands to human flourishing. More than half (1.8 million barrels/day) of Canada’s crude oil production comes from the oil sands, providing energy and raw materials  for  products that make human life better: heat for our homes, fuel for our cars, power for industrial production,  and plastics and synthetic fibers  for a myriad of products we use daily. The oil sands contribute about $84 billion a year to the Canadian economy, and $1.8 billion per year in revenue to the aboriginal businesses—owned by the people that Neil Young claims to be helping.

When Young was called out on his ignorant remarks, he further revealed the extent of his irrationality by admitting that he didn’t know what he was talking about—“I’m just a musician”—but insisting that he has a right to his opinion and that many people want to hear what he has to say. Of course Mr. Young has a right to his ignorance and the right to broadcast it to others (who have the right to believe him), but making pronouncements that are untrue does not change the facts (even if the pronouncements are made by a celebrity). Irrationality never sleeps.

Now the good news. Neil Young’s oil sands attack stands out also in a positive way: the oil companies are not taking it lying down—they are defending themselves, vigorously! Brian Ferguson, CEO of Cenovus Energy, one of Canada’s largest oil companies, said in a talk to business executives in Toronto: “Over the next decade, oil sands production in Canada is expected to double. And that has our critics screaming. They want you to believe that the planet is doomed if the oil sands production continues.” Ferguson was joined in defending the oil industry by Russ Girling, CEO of TransCanada Corp., an oil pipeline company: “They say new oil pipelines must be stopped at all costs. They call it ‘dirty oil,’ ‘the most destructive project on Earth.’ These accusations are absolutely baseless. Yet they make front page headlines…Canadians should be outraged by these allegations. It is time that we started thinking critically about this subject.” (See the National Post story here). Dave Collyer, the head of the Canadian Association of Petroleum Producers, has also stood up to Neil Young’s media headline-creating vitriolic rant and defended his industry: “…In the case of Mr. Young’s opinion of the oil sands, I would suggest he has the democratic right to be wrong.”

The oil companies’ vigorous defense of themselves is an encouraging departure from their previous approach, which Yadullah Hussain of the National Post called “a congenial dialogue with their worst critics.” That oil companies are defending their right to develop the oil sands is encouraging because appeasing your enemies never amounts to achievement of life-enhancing values but to their loss. The more the oil sands producers have apologized and emphasized how they minimize the environmental impact of their operations, the more they have been attacked by celebrities and other critics, who are either ignorant or have an anti-human environmental agenda (or both) and demand ending or slowing down oil sands production. It is about time the oil companies take the high moral ground and tell the world what a crucial value oil and other fossil fuels are to us (see Center for Industrial Progress’ website on defending the oil industry) and stand up to famous but ignorant and immoral critics such Neil Young. Irrationality never sleeps—but we must be vigilant against it if we want to survive and flourish.