To be a true hero and leader, Mandela would have inspired South Africa--and the rest of the world--to rise to the standard of individual rights. 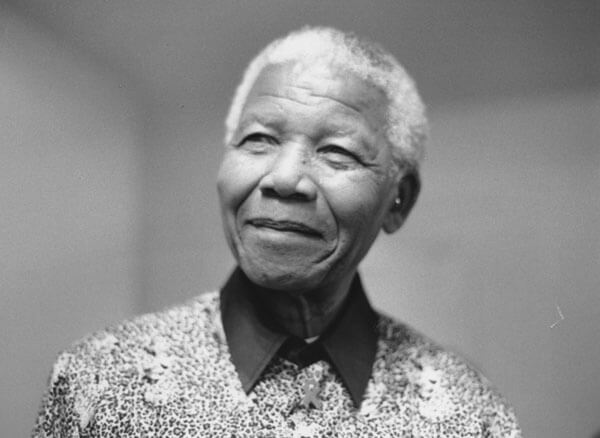 The uncritical praise heaped upon the late Nelson Mandela leads one to consider: What actually is a leader?

Source: Wikimedia Commons
Leaders are sometimes victims. Mandela was certainly a victim. He was unjustly imprisoned for two decades by an authoritarian, racist government. Nobody reasonable will dispute that. However, isn’t a leader more than a victim? Isn’t a leader someone who persists, and even suffers, in defense of rationally true ideas? Successful leaders are not merely martyrs. They actually stand for something, something that works and makes any victimization or suffering they endured worthwhile.

We know what Mandela was against, and he was right to be against it.

Mandela’s biggest enemy was not racism, but collectivism. Collectivism is the view that the group is more important than the individual, and that government force may be initiated to impose this belief. Racist whites who persecuted Mandela and imprisoned him all those years were collectivists. Unfortunately, Mandela’s own political ideology, at least at the time of his imprisonment, was equally collectivist. For example, he favored nationalization of private industry and redistribution of wealth by government authorities, using political standards. He might not have been a white racist, but by advocating the Marxist force of government, he was (in his ideology) just as much a collectivist as his persecutors.

To be a true hero and leader, Mandela would have inspired South Africa—and the rest of the world—to rise to the standard of individual rights.

Individual rights make racist governments impossible. But they also make collectivist systems such as Communism and democratic socialism impossible. Individual rights leave everyone free to pursue his or her interests (excluding initiating force or fraud), and as a result the standard of living rises for everyone, since economic and scientific geniuses are left free to pursue their interests.

What if Mandela had come out of prison and stood for free markets as well as free minds? Now that would have been real—and rare—heroism. Ironically, Soviet-style Communism collapsed the very same year that Mandela was released from prison and the racist white government in South Africa collapsed. It was a good era to stand for freedom. But freedom lacked a base, which is why South Africa today, like former Soviet Russia, isn’t a whole lot better off economically than it was during the eras of blatant dictatorship.

Mandela, like South Africa and much of the world, crashed head-on into the fact that being against dictatorship and racism is not the same as being for freedom, individual rights and the rational economic liberty that enables those values to breathe and live.

Mandela will be lauded as “the father of South Africa” and the “champion of democracy.” But democracy isn’t the complete, or main, answer. Democracy is worse than worthless without individual freedom, private property, and separation of government from both intellectual and economic matters.

In his later years, Mandela perhaps backed away from some of his Marxism. He never pushed for economic liberalization in South Africa, though he stopped short of imposing a Communist dictatorship. But he never embraced freedom, either. It’s no accident that Mandela befriended dictators such as  Fidel Castro and Muammar Gaddafi. At heart, he probably always remained a collectivist. Perhaps his virtue consisted of possibly feeling conflicted about it, something you’d never find with a Castro or any other brutal collectivist.

If we’re really honest about it, Mandela stayed out of controversial territory and basked in his status as the hero who emerged from the bad guys’ prison and lived to tell the tale. His heroic years peaked during his time in prison. Real leadership and heroism consist of more than surviving disaster. You have to stand for something good, right and true—something provable by your actions. Mandela is not it.