“Hope and change” were never about ideals or principles. They were about power. 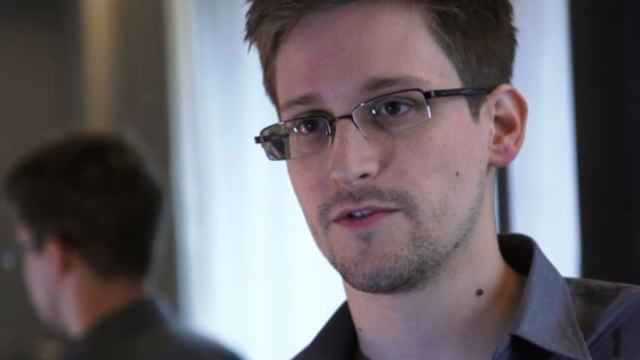 By now, everybody knows that the Obama Administration has been using the George W. Bush-inspired Patriot Act to justify searching private citizens’ phone records and computers without a warrant, and without any Constitutional due process of law.

Obama originally ran for office, in large part, on a (claimed) platform of opposition to such government activity. Now that he IS the government, his attitude has completely changed.

Military veteran and former NASA employee Bryan Preston reports the following: Two days after the National Security Agency’s PRISM program made headlines, President Obama’s Change.gov campaign website underwent a stealth makeover. The Sunlight Foundation noticed the change after June 8th [days after Edward Snowden blew the whistle on the government]. That was the last time that this Obama promise and others saw the light of day on the president’s website.

Protect Whistleblowers: Often the best source of information about waste, fraud, and abuse in government is an existing government employee committed to public integrity and willing to speak out. Such acts of courage and patriotism, which can sometimes save lives and often save taxpayer dollars, should be encouraged rather than stifled. We need to empower federal employees as watchdogs of wrongdoing and partners in performance. Barack Obama will strengthen whistleblower laws to protect federal workers who expose waste, fraud, and abuse of authority in government. Obama will ensure that federal agencies expedite the process for reviewing whistleblower claims and whistleblowers have full access to courts and due process.

Preston comments: Just like that, Obama no longer promises to protect those who blow the whistle on government misdeeds.

Yes, I know, before you write in: The Sunlight Foundation reports that the change.gov whistleblower protection promise is back online again, as of July 30. Of course, by the time some of you read this, who knows? It might be down again. And, regardless of what Obama says or doesn’t say, his actions prove that he will prosecute whistleblowers he dislikes–i.e., those who question him–to the full extent of the law.

Why the change of heart, mind and principle? Why the vacillation and uncertainty? Obama never displayed such hesitation about the “right” to health care and the “right” to trillions of other things deemed worthy by his political establishment in academia and Washington D.C.

The answer is obvious. If it’s Obama’s government doing the questionable or outright anti-Constitutional activity, it’s OK. If it’s somebody else who doesn’t agree with Obama on most issues—it’s not OK. If you question Obama’s political opponents, you’re daring and idealistic. If you question the man, i.e. Obama—then off with your head.

“Hope and change” were never about ideals or principles. They were about power. You need no further proof.

Yet it makes sense. Obama’s stated ideals involve the expansion of government power. His stated principles are, “You are your brother’s keeper,” and “Government is the solution.”

Self-sacrifice and expansive government rest on the principle of force. You cannot attain these goals without force. The government who promises to take care of all your needs requires a lot of power to do so. That’s why more taxes must be collected, more debt assumed, more IRS agents and police officers must be dispatched to force people to do all the things the big, “caring” government requires us all to do.

If you believe in Obama’s ideology, as many do, then it’s easy to justify the inconsistency. “Obama is doing good for society. Of course he can’t afford whistleblowers and old-fashioned individual rights to get in the way. If he wants to protect the good of society, who is anyone to blow the whistle on him?”

In a dysfunctional family, members with the greatest amount of power abuse those with less power. They do it because they can, and they do it with threats and intimidation (often including physical violence). They almost always justify their actions for “the good of the family,” and they morally condemn you for questioning what they do. They present a civil and even admirable posture to the community, while in reality there’s nothing civil or honorable about them.

Americans believe it can’t happen here. But once you provide the necessary rationalizations or yawns of indifference, you have told your leaders that the light is green to go as far as they will.

Obama got that green light by the naked hypocrisy he’s permitted to display—as usual, with his narcissistic flair for refusing to acknowledge any error. The awful truth? Fear is not the excuse for people’s silence. We’re not yet a dictatorship. The reason is simply … indifference.

Principles matter; they’re the only thing standing between you and the kinds of governments the rest of the world, and most of history, have displayed. Obama’s advocates of creeping dictatorship understand the need for principles. Too bad those on the other side don’t.