It’s difficult to see a connection between the National Security Agency’s data mining initiatives and the federal government’s incessant and expanding role in the economy.  However, both domestic surveillance conducted by the NSA and federal economic policy originate from the same root.  Legal positivism, or positive law, has helped pervert the rule of law in the United States for over a century.  The flaws in this system of thought have, more recently, become obvious.  Worse, it’s clear that this form of legal thinking is as unjust as it is hypocritical.

To be clear, legal positivism stands in contrast to the conception of natural law.  Natural law operates on the premise that man lives life on this earth based on universal premises which are confined to the natural world and discoverable through the careful application of reason.  Natural laws’ focus is to subordinate society to morality through individual rights.  This system of thought was a critical byproduct of the Enlightenment period and served as the backbone of English common law and American jurisprudence.

Legal positivism has proven to be a chaotic and inherently unstable system of thought.  Rather than attempting to provide a legal framework to shield the individual from unwarranted coercion by an elected legislature, legal positivism aims to do just the opposite.  Positive law “creates” rights through the legislative process.  Instead of observing the realities of nature and defering to reason, proponents of positive law state that law is contingent upon the circumstances of the time and must be shaped accordingly as new “groups” arrive on the social scene.  Legal positivism rejects principle, rejects reality, and mutates the meaning of the individual from one who is protected by law, to one who is subject to every whim from an elected legislature; up to and including, being guilty until proven innocent.

First, let’s observe the domestic NSA surveillance program through the lens of positive legal thinking.  This program has helped reignite debates about the appropriateness of the PATRIOT Act since the program’s defenders have referenced the law in relation to protecting the United States from terrorism.  However, the United States is not under the threat of terrorism, it is under the threat of a rapidly expanding jihad that has, or is in the process of, toppling governments that are deemed secular and dismissive of sharia law.  This jihad is present in Northern and Eastern Africa, it is present in Syria’s civil war where a secular-baathist government is attempting to suppress a rebellion that is increasingly controlled by Al-Qaeda operatives, and it is present in Turkey where the country’s Prime Minister, Tayyip Erdogan, has been slowly transforming the country from a secular and semi-Western state into an Islamic one.

It would behoove Americans to remember that attacks, such as 9/11, were intended, not just to repel Western influence and values throughout the Muslim world, but also to discourage the U.S. government from supporting secular dictators, like Hosni Mubarak, who attempted to keep the Muslim Brotherhood under control.

Given this context, is it appropriate for the NSA to use a term as vague and undefinable as “terrorism” to justify its growing encroachment on American citizens?  According to legal positivism, absolutely.  It is precisely because the word terrorism is used in the PATRIOT Act that the federal government has the legal flexibility to define terrorism in anyway it sees fit.  This translates to the federal government being wary of veterans who, just might, turn into right wing extremists while Major Nidal Malik Hassan slaughters over a dozen at Fort Hood screaming “allahu akbar” and is compensated $300,000 while in jail because his actions are only “workplace violence.”

The defenders of the data mining insist on calm.  The NSA is only keeping a database which lists every call you’ve made, to every person you’ve spoken to, for however long you were speaking, and tracking your movements while doing it.  They’re not actually “listening” to the conversations.  This is supposed to assuage the concerns of the American people?  Is that any less disturbing than if the NSA were listening to your phone calls?  Does this stand as concrete proof that all Americans are, technically speaking, guilty of “terrorism.”  Aren’t these intrusive surveillance programs necessary to prove their innocence?

The same goes with economic intervention.  Legal positivism is designed to protect “groups” and “create” rights as circumstances change in any given period of time.  Instead of looking at individual cases and concerning themselves with establishing legal precedents that might benefit some at the expense of others, jurists are confined to looking at gay rights, labor rights, women’s rights, etc., and base their decisions on political momentum and outright stereotypes rather than reason and principle.

You have a “right” to a secure retirement.  While the federal government transfers wealth from one segment of the population to another, debate about the merits of such a law is forbidden because it is enshrined in law; because it considers the circumstances of the present.

You have a “right” to a “living” wage.  Employers are automatically guilty of attempting to exploit those looking for work.  Rather than competing for labor, the same way companies compete with goods and services, the government has the arbitrary power to determine what a “living” wage is.  The consequence is, as the minimum wage is increased, employers are discouraged from hiring more inexperienced persons in favor of persons who have more experience.  The inevitable result is that the youth have more difficulty attaining employment and those who are impoverished can forgo any chance of escaping their predicament through productive work.

The government has a “right” to secure competition, by their definition, in the “free market” with anti-trust legislation.  Companies must ask the federal government permission to conduct business even though no identifiable crime has been committed.  Apple must prove they’re innocent before they attempt to offer consumers e-books.  Unless the federal government is satisfied, companies, like Apple, are automatically guilty of wrongdoing.

Positive law enables blatant corruption as well.  Because of the legal precedents for economic intervention, because it is proper for the government to recognize the “rights” of environmental groups, hundreds of billions of dollars can be pumped into firms like Solyndra.  The only complaint is that those hundreds of billions could’ve been spent more wisely by the federal government.  Meanwhile, the entrepreneurs who are struggling to acquire capital for their startups falter because the government used that capital to grease some palms.  The companies, jobs, and wealth that could’ve been created with those funds are reduced to crushed hopes and lost dreams.

Legal Positivism has slowly eaten away the Constitution and individual rights.  Laws are only written in the context of the present, never the absolutes of reality or reason.  The government determines who has a “right” to what; they are no longer inalienable nor do they apply strictly to the individual.

Many Americans complain that the NSA programs are just one aspect of a growing police state.  If their intentions are just, they ought to be equally concerned with economic intervention and positive law as well.  To not do so is as hypocritical as it is unjust. 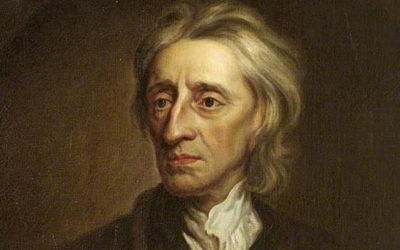