In Switzerland, it’s not just the clocks that are cuckoo. Over the past four years Swiss politicians and central bankers have gone on an unprecedented buying spree of foreign exchange reserves. In 2012, their cache swelled to as much as $420 billion worth of various currencies, primarily the euro. This figure is a seven-fold increase […]

In Switzerland, it’s not just the clocks that are cuckoo. Over the past four years Swiss politicians and central bankers have gone on an unprecedented buying spree of foreign exchange reserves. In 2012, their cache swelled to as much as $420 billion worth of various currencies, primarily the euro. This figure is a seven-fold increase since 2008 and equates to 70% of the country’s annual GDP. The sum translates to $200,000 per family of four, enough to keep the Swiss in clocks, chocolates, and fondue for many years to come. The Swiss leadership will claim the money has been “invested” with an eye to the future, but what they’ve done is impoverished themselves in the present.  Although such a decision seems perverse, it makes perfect sense when seen through the lens of today’s presiding economic thinking.

For the past few generations Switzerland has enjoyed some of the strongest economic fundamentals in the world. The country boasts a high savings rate, low taxes, strong exports, low debt-to-GDP, balanced government budgets, and prior to a few years ago one of the most responsible monetary policies in the world. These attributes made the Swiss franc one of the world’s “safe haven” currencies. But in today’s global economy, no good deed goes unpunished.

Central bankers around the world, particularly in Washington, Frankfurt and Tokyo, have been engaged in a massive and coordinated campaign of currency debasement to combat the recession. But for years the Swiss refused to join in the printing parade. As a result, investors around the world wisely decided to park their savings in the reliable Swiss franc. From December of 2008 to August 2011 the franc appreciated an astounding 59% against the U.S. dollar and approximately 30% against the Japanese yen. More importantly, the franc gained 42% against the euro. As the Eurozone completely surrounds Switzerland, its trade with those countries represents the vast majority of its international transactions.

During this massive run up in its currency, the Swiss economy continued to prosper. Wages and purchasing power increased and GDP grew consistently faster than other countries in Western Europe. Despite generally positive export statistics, some Swiss exporters noticed that at times the strong franc put them at a disadvantage against foreign competitors. In addition, the strengthening currency helped keep a lid on consumer prices, giving Switzerland a consistently low inflation rate with occasional bouts of actual deflation. Despite the fact that Switzerland was an island of economic health amidst a sea of problems, the reigning economic orthodoxy convinced Swiss leaders that their strong currency was a burden rather than a blessing. More pointedly, the rise in the franc was seen as a repudiation of the expansionary policies occurring in other countries. And so the Swiss government decided to join the currency killing party.

In early August 2011, the Swiss National Bank took a series of steps to reverse the fortunes of the franc. In the simplest terms, they sold francs and bought foreign currencies, most notably the euro. The announcement included a promise to buy unlimited quantities of foreign exchange to maintain a floor of 1.20 francs per euro. In so doing, the Swiss essentially outsourced their monetary policy to the Eurozone. Any moves taken by the European Central Bank would need to be matched by the Swiss. Ironically, it was fear of this outcome that kept the Swiss from adopting the euro in the first place. Despite the former bias toward independence, the Swiss have de facto adopted the euro anyway. Since that time, the franc has fallen 16% against the dollar, Swiss foreign exchange reserves have skyrocketed, and investors who bought francs as a means to escape debasement have been betrayed.

Productive nations generate excess goods and services that can be sold abroad and their growth and stability attract investment funds from abroad. These conditions will tend to increase demand for the nation’s currency, thereby pushing up its price. A strong currency keeps capital and raw materials costs low, enabling more productive workers to earn higher real wages. But according to most economists, a strong currency will bring down an economy because it destroys international competitiveness and can even lead to lower prices (deflation) which they see as economic quicksand. These fears have ignited a “global currency war” in which countries are expending huge amounts of national savings in order to ensure that their currencies stay cheap. In today’s economic logic we must fail in order to succeed.

But it is very easy to have a weak currency. All that is needed is an unlimited willingness to print. A strong currency requires real fiscal discipline and actual production. Yet, like the weight loss TV show, economists believe that the winner of a currency war is the biggest loser. You win not by killing your competitors, but by killing yourself! It’s like a student convincing his parents that an “F” is a better grade than an “A.” And if a straight “F” report card results in parental accolades rather than anger, the students will lack any incentive to improve performance. Similarly, as nations like Switzerland strive to reduce their own grades, the failing nations have a reduced incentive to change their study habits. Without outside support, nations with collapsing currencies would see huge increases in consumer prices. The resulting fall in living stands would force productive reform.

I take the minority position that just as it is better to be rich than poor, a strong currency is better than a weak one. Although much more credentialed economists may try to muddle the arguments, the truth may be seen when a particular position is taken to its logical extreme. If a weaker currency is preferable to a stronger one, then logic would dictate that a currency of no value will be preferable to one with an infinite value. But how would economies with these drastically different currencies operate?

It is true that the country with the zero value currency will tend to see full employment and strong exports. The relative low cost of labor will mean that the locals could be easily employed in even the most marginal activity. But since holders of other currencies will be able to outbid the domestic population for all of their production, everything produced will be exported. Imports will be zero as the local population would be unable to afford anything produced in countries with more valuable currencies. As a result, actual consumption would be extremely low. In essence this economy would be analogous to impoverished, subsistence level economies such as Bolivia, Zimbabwe, and Haiti.

In contrast, a country with an infinitely valuable currency would see the best of all possible worlds. Even the smallest amount of money would allow citizens to buy huge amounts of goods from abroad. An evening’s babysitting money would deliver more purchasing power than months of hard labor in poorer countries. The strong currency would mean that consumption would soar even while hours worked fell. Savings would increase in value, and people would have more ability to travel and pursue leisure activities. In essence, we are describing a rich economy.

Placed in such a context, it’s easy to see the preferred option. Those who believe in the benefits of weak currencies do not specify when a falling currency becomes a bad thing. Clearly there must be a tipping point where lost purchasing power overcomes supposed gains in growth. Yet they are silent on that point. My position is that a rising currency is always good. No magic tipping point needs to be identified.

The problem is that economists now believe that the goal of an economy is to provide employment, not goods and services. They see a job as an end in and of itself, rather than as a means for people to get the things they really want. But if we can get all that we want without having to work, who needs to bother? A strong currency takes us closer to this goal. It is a testament to how far the “science” of economics has fallen that this goal has been utterly forgotten.

But this junk science is killing real growth. As long as this “black is white” ideology remains in place, the biggest printers will continue to be the biggest actual losers. 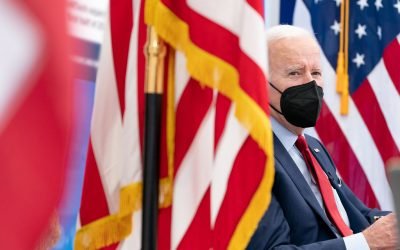