Why Rage, Not Reason, Governs Support of Gun Control — and All Things Leftist

Psychiatrist Sarah Thompson, M.D., offers some fascinating insight into the rage people who support gun control often display in the face of opposition: It’s obvious that we live in a dangerous society, where criminals attack innocent people. Just about everyone has been, or knows someone who has been, victimized. It’s equally obvious that law enforcement […] 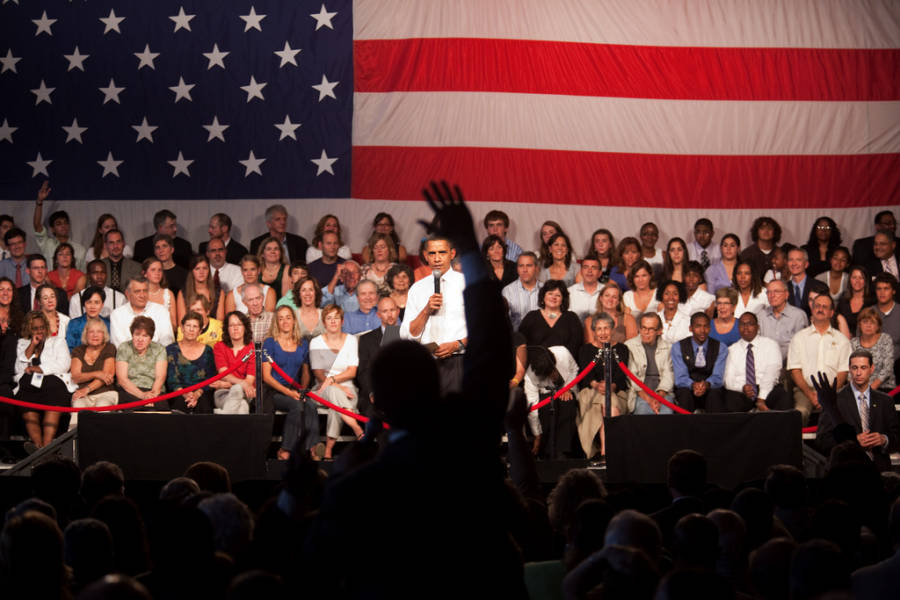 Psychiatrist Sarah Thompson, M.D., offers some fascinating insight into the rage people who support gun control often display in the face of opposition:

It’s obvious that we live in a dangerous society, where criminals attack innocent people. Just about everyone has been, or knows someone who has been, victimized. It’s equally obvious that law enforcement can’t protect everyone everywhere 24 hours a day. Extensive scholarly research demonstrates that the police have no legal duty to protect you and that firearm ownership is the most effective way to protect yourself and your family. There is irrefutable evidence that victim disarmament nearly always precedes genocide. Nonetheless, the anti–gun folks insist, despite all evidence to the contrary, that “the police will protect you”, “this is a safe neighborhood” and “it can’t happen here”, where “it” is everything from mugging to mass murder.

I find this explains a lot of what some of us have labeled “leftist rage.” All I mean by “leftist rage” is reaction against any pro-limited government, pro-individual rights view that fundamentally challenges the leftist establishment.

Anyone who questions the established, leftist point-of-view knows what it’s like to encounter the rage, hostility and personal attacks which routinely greet anyone who questions anything related to Obama in particular, or Big Government in general.

Fill in the blank with any leftist position, and you get the same thing, over and over. I have experienced it many times, and I hear from people all the time who endure it. It’s so tiring that it has almost become amusing.

The hostility and intolerance of leftists is always there.

What causes this leftist rage, right now focused on moralistic intolerance of the idea that anyone, no matter how peaceful or law-abiding, should ever own a gun? The same thing that causes most rage: Fear, at its root.

Rage usually comes from a profound terror. If the leftist who hears you criticizing gun control or Obamacare were serene and confident in his or her certainty of being right, you would not be greeted with rage and attack. You would simply be ignored, or perhaps challenged with such questions as, “How can you leave out this factor?” or, “Haven’t you considered such-and-such”? These would be the perfectly reasonable questions of a confident person, someone who has already asked and answered the objections you’re raising.

However, a person who does not like what you’re saying, who grasps that you’re getting to the fundamentals of an issue and has no answer to your points, will often become afraid.

If this fear could speak without inhibition it would say, “You can’t be right. Damn you, you’re not right. I have no reply, but you’re not right!” This is especially true because advocates of gun rights, or freedom in medicine, are getting to the fundamentals of the issue: Government has no right to do these things. Government has no right to initiate force against peaceful citizens. In this era, such talk is radical and revolutionary — not unlike the time of the original American Revolution.

What follows are the insults, intimidations, hostility and hatred that opponents of Obamaism and leftism are used to encountering. To the people hurling them, it’s as if they can somehow “scream away” the facts by means of hostility. Rage of this kind is the most primitive defense mechanism of all, and Dr. Thompson describes it in her very insightful article.

This is particularly true in the case of gun control. “If you’re right that outlawing guns will only benefit the criminals and harm the peaceful, leading to a further rise in crime if anything … If you’re right about that, then we’re all doomed. You can’t be right.” Insert hostility, screams and insults here. It’s the psychological version of “shoot the messenger” (no pun intended.)

It’s more than opposition and attack. It’s the fear of those who cannot bear to think of the possibility that you may be right, or at least have a point.

When you think about it, Government (to the hardened leftist) has become a sort of religion. To question whether government has a right to do something, or a capability of even carrying it out, is like telling a devout religious believer that “God isn’t all powerful” or “God is dead.”

When you question Big Government’s right to seize everyone’s guns, or its capability of stopping violence by doing so, you have done the equivalent of questioning a religious fundamentalist about the efficacy or existence of God. Only the leftist is usually nastier and ruder about it.

I have learned that most people with the pro-Big Government, pro-gun control position are no more open to having their premises questioned or challenged than a religious person is having his or her theological positions questioned.

On top of it, the leftist enjoys the force of government law and fully intends to utilize it against anyone in the way.

The Obamaists and leftists today are nothing more than Big Government fundamentalists. You question them at your peril. Their rage stems from a fear of what’s plainly or even possibly true.

Source of the quote above, as well as the research Dr. Thompson cites, can be found in “Raging Against Self Defense: A psychiatrist Examines The Anti-Gun Mentality”
http://jpfo.org/filegen-n-z/ragingagainstselfdefense.htm