The Nerve That Mitt Romney Struck

Obama supporters claim it’s “shocking” for Mitt Romney to suggest that people would vote for Obama to keep the free loot coming. Why is it shocking? The welfare state of the United States is now a massive entitlement state. No longer can we indulge the fiction that welfare is only “for the most poor, and […] 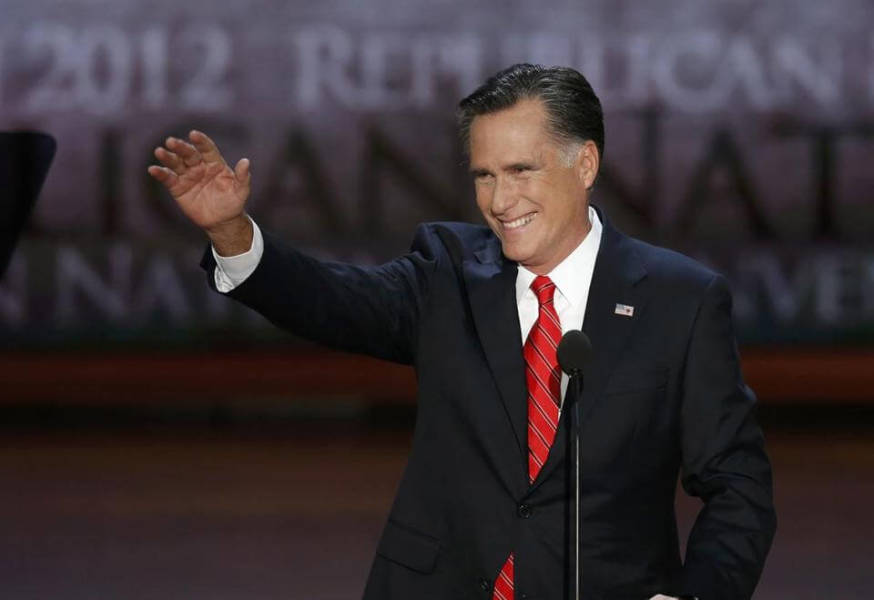 Obama supporters claim it’s “shocking” for Mitt Romney to suggest that people would vote for Obama to keep the free loot coming.

Why is it shocking?

The welfare state of the United States is now a massive entitlement state. No longer can we indulge the fiction that welfare is only “for the most poor, and for temporary reasons.” Leaving aside whether such a minimal welfare state is justified or not as a function of government, there’s no disputing the fact that this ship has long since sailed.

The massive welfare state is not simply for the poor. Government has done its job, over the decades, to ensure that as many people and entities as possible are dependent on the federal government.

The poor and the needy? They’re the least of it.

Politicians, with the people’s consent, have made entire segments of the population—the middle class majority, and even some of the rich—dependent on government bailouts and handouts to the point where their lives would be severely damaged without them (or so they believe, at least.)

Automobile companies get billions in government handouts via directives imposed on the industry in favor of workers’ wants above all else.

Recipients of Medicare and Social Security—i.e., anyone who lives to be age 65 (the vast majority)—receive trillions.

Not everything is literally a handout, of course. Some who receive government money paid more into the government program than they will ever receive. Others paid nothing, and will receive the program benefits anyway. Whether or not it’s a handout or ripoff depends on with whom you’re speaking.

The way this whole fiction is maintained is by … NEVER TALKING ABOUT IT.

And, most of all, never calling it what it is. Never speaking in objective, concrete or truthful terms about what it is. Because, if you did … well, the whole game would be up.

This is why Mitt Romney got into such trouble over his comments that half the population doesn’t pay taxes, and therefore will never support a candidate who seeks to cut these programs (even if cutting, as in the case of privatizing Medicare or Social Security, only occurs in the future.)

Mitt Romney’s “sin” is not in what he said—it’s in the fact he said anything at all. It’s that he dared, even in a still free society, to question whether or not government programs are really all that fair and right in the first place.

Romney most likely ran into this controversy by accident. Neither Mitt Romney nor Paul Ryan believe the entitlement state should be dismantled, even over time. Paul Ryan himself just voted to FUND Obamacare, something he and the Tea Party Republicans had vowed never to do, and were not required to do. And yet he did. Ryan also spends every chance he gets defending the “right” of the government to force people into Medicare and Medicaid programs, rather than surviving and thriving in a free market as any working person is willing to do. And Romney-Ryan wonder why they’re presently losing. “Me-too” never works.

The issue isn’t what Mitt Romney said, or even what he believes.

Democratic Party programs will be just fine if Romney wins, and probably even grow bigger on his watch, just as always happens under Republicans.

Romney’s real offense was being caught hinting at the truth. It’s the truth we all know is true: That government redistribution is not about “morality” or “social justice” or anything like that. It’s about government force being used to favor some groups and individuals at the expense of others.

That’s all the transfer-of-wealth state ever was, and all it ever could be. To express “shock” or outrage when—for a millisecond of time—somebody somewhere lets the truth leak out is disingenuous and intellectually dishonest (to put it kindly.)

Americans, Romney included, must learn that the truth will set them free. Quite literally, in the case of the entitlement state devouring us all.