Americans Should Stop Being Surprised by Terrorism

Criminals and killers are not morally or psychologically strong. They only act when they see evidence that their intended victims are weak. As with purse-snatchers and serial killers, so too with Islamic fundamentalists who kill American diplomats. For years, especially since the Obama Administration but also before Obama came to office, America has done nothing […] 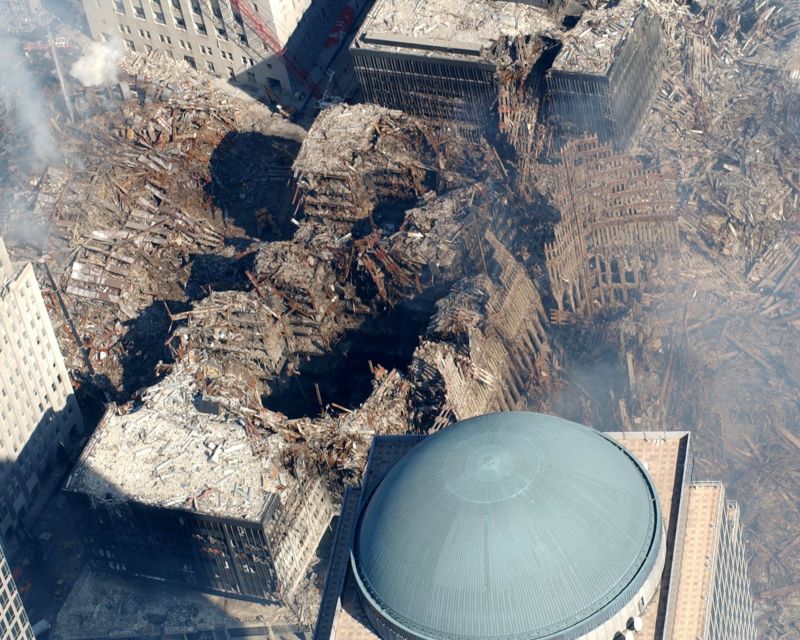 Criminals and killers are not morally or psychologically strong. They only act when they see evidence that their intended victims are weak.

As with purse-snatchers and serial killers, so too with Islamic fundamentalists who kill American diplomats.

For years, especially since the Obama Administration but also before Obama came to office, America has done nothing but apologize for itself:

Both in word and action, time and again.

“We’re sorry for wanting to drill for oil.” (The environmentalists told us to say this.)

“We’re sorry for being imperialist aggressors.” (Our college professors told us to say this.)

“We’re sorry for being capitalist, materialistic (i.e. successful), and in the process making Islam – a throwback to the Middle Ages – look ridiculous and pathetic.” It’s undemocratic and, yes, politically incorrect. The leftists point their fingers, “Shame, shame, shame America” and the right-wingers, despite their occasional tough talk, almost always comply.

The elevation of someone like Barack Obama to American President was simply the climax in a long plot line of apologies.

Sometimes apologizing comes across indirectly, in the form of what you refuse to do. Consider past presidents. Neither Jimmy Carter nor Ronald Reagan ever punished Iran for the 2 year hostage crisis of 1979-81.

For three decades now, Islamic fundamentalists and their terrorist gangs and governments have been at war with the United States. For three decades now, the United States has insisted it’s not at war with anything remotely Islamic. Hello!? American government, do you have a clue? Obama is supposed to be breathtakingly brilliant. He’s the worst one of all, in this regard.

Members of Congress cannot even muster the votes to stop sending money to the governments of the Middle East who openly support the terrorists (Iran), governments who harbor them (Pakistan), or governments who passive-aggressively do nothing, speaking out of both sides of their mouths (Egypt, Libya). Even if Congress cut off foreign aid to all Middle Eastern governments (outside of Israel) tomorrow, it would be too little, too late. They know the United States is a paper tiger. Obama, if anything, probably wants to increase funding to terrorizing nations because—well, he’s kind of on their side, if the truth be said aloud.

This is not a partisan issue. It’s a national self-esteem issue.

Self-esteem is an individual matter, of course, and there’s no such thing as collective self-esteem. But the actions of a nation’s government—especially a great although declining society, such as the United States of America—over a sustained period of time reveals a message either consistent with moral courage or moral cowardice.

Under Obama as well as his predecessors, and under Obama more than any of his predecessors to date, the American message to the terrorist Muslims in the Middle East who keep doing these things is, “We’re sorry.

Please don’t hate us. We’re big bullies, and we know it. But we want our oil. We know that’s selfish and therefore bad, but we want it. Can’t we all just get along?” Not always in so many words, but always in action … this is pretty much it.

That’s America’s foreign policy towards the Middle East, in a nutshell.

It’s fine to blame Obama, Bush and all the others for their role in perpetuating such a foreign policy. But don’t the American people themselves—the ones who actually endorse such idiotic ideas, as well as those who shrug with indifference and allow the idiots to have their way—possess at least some responsibility for what’s happening

No election, by itself, can settle this. America’s foreign policy in the Middle East needs a 180-degree U-turn, just as our spending, taxing and government intervention in the economy require similar reversals. We have to reverse years of Obama, Bush, Clinton, Bush, Reagan and Carter when it comes to the Middle East—and immediately.Until or unless that happens, the rising tide of Islam—a religion whose Koran actually calls for the literal genocide of non-Muslims worldwide—will continue to act as a moralistic and physical wrecking ball to civilization as we’ve known it. It’s the Koran, stupid.

I wish Americans would stop being shocked and surprised over these terrorist events. It’s kind of like having a government program to subsidize serial killers, and then acting surprised when the murder rate goes up. What is wrong with people?

We the people have created the environment which fosters all this terrorism. Even indifference to what our elected officials have done is a form of endorsing it.

It’s still a democratic republic, and the people are the government. If the people are sick of what’s happening in the Middle East, they’re going to have to start electing a completely different kind of leader.