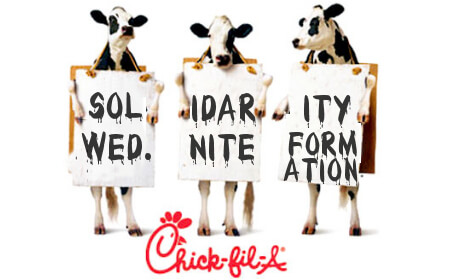 In 1914, Henry Ford voluntarily raised the wages of his employees to the rate of five dollars per day—nearly doubling the prevailing wage. At the time, many thought that Ford was destined for financial ruin. But because he was free to act on his own judgment, Ford proved his critics wrong. His business flourished.

At one time, Ford had 60 percent of the market in automobiles. But he refused to innovate, declaring that customers could have a car in any color they wanted, as long as it was black. Chevrolet began offering consumers more color choices and substantially cut into Ford’s market share. Ford had to relent and began offering more color options. Even though Ford dominated the market, he could not prevent Chevrolet from acting on its judgment. Nor could he prevent consumers from acting on theirs.

When individuals and businesses are free to act according to their judgment, they will demonstrate the practical benefits of rational ideas. The self-interest of each individual will motivate him to reject irrational ideas and embrace rational ideas. Those who do not, ultimately suffer the consequences of their ideas.

As an example, consider the response to comments made by Chick-Fil-A President Dan Cathy, who has expressed his disapproval of gay marriage. Boston Mayor Thomas Menino wrote a letter to Chick-Fil-A, which stated, “I urge you to back out of your plans to locate in Boston…. There is no place for discrimination on Boston’s Freedom Trail and no place for your company alongside it.” Menino later recanted his threat.

Similarly, Chicago alderman Joe Moreno has said, “There are consequences for freedom of speech (and) in this case the consequences are… you’re not going to have your first free-standing restaurant in Chicago.” In other words, you can say what you want, but if I don’t like it, I won’t let you do business in my city.

To be clear, this isn’t about gay marriage. This is about the freedom of individuals to speak freely and operate their businesses as they choose. I do not agree with Cathy, and I express my opinion by shunning his restaurants. He has a right to his opinion, as do I, and we each have a right to express it as we choose, so long as we do not use force or fraud.

Interestingly, in this instance, both Cathy and the politicians hold irrational ideas. Cathy does not believe that gay individuals possess the same rights as heterosexual individuals. The fact is, all individuals—gay or straight—possess the same rights. But Cathy does not seek to use force to impose his views on others. Those who agree with him are free to patronize his business; those who disagree can shun his business.

In contrast, Emanuel and his brethren do seek to use force. They seek to make the construction of a Chick-Fil-A in their cities a crime. The alleged crime is the audacity to hold an idea that these politicians do not like.

If Cathy’s views are as unpopular as the politicians claim, the market will pass judgment, just as it did when Henry Ford refused to paint his automobiles different colors. Ford did not need the mayors of major cities issuing threats. A free market was all that was required. And that is all that is required to stamp out any irrational idea.

About Brian Phillips
Brian Phillips has been actively defending individual rights for the past twenty-five years. He has successfully helped defeat attempts to implement zoning in Houston, Texas, and Hobbs, New Mexico. His writing has appeared in The Freeman, Reason, The Orange County Register, The Houston Chronicle, The Objective Standard, Capitalism Magazine, and dozens of other publications. He is the author of Individual Rights and Government Wrongs