While JP Morgan CEO Jamie Dimon has been credited for a confident and feisty performance today in front of Congress, he was careful to not criticize their efforts thus far to regulate the financial services industry. Given that JP Morgan has been on the receiving end of federal bailouts, this should not be surprising. Last […]

While JP Morgan CEO Jamie Dimon has been credited for a confident and feisty performance today in front of Congress, he was careful to not criticize their efforts thus far to regulate the financial services industry. Given that JP Morgan has been on the receiving end of federal bailouts, this should not be surprising. Last week I showed no such reluctance when I testified in front of the Congressional House Subcommittee on Insurance, Housing and Community Opportunity. The fact that my firm is unlikely ever to receive a dime from government was undeniably liberating in that regard.

I was invited to testify about the Federal Housing Administration’s (FHA) policy in the apartment lending market. Although this was a fairly narrow issue, I told the congressmen the same thing I did last year when I was invited by a different subcommittee to testify about job creation: government programs don’t solve problems, they just create new ones. While I thank the Committee for inviting me, I believe the congressmen may have gotten more than they bargained for. I can apologize for shaking up what would have otherwise been a sleepy and forgettable proceeding, but I won’t apologize for trying to inject respect for the Constitution and free market capitalism into a venue that has been doing its best to destroy both.

The subcommittee was considering whether to expand the activity of the FHA to insure loans for multi-family (apartment) buildings. The mechanism to achieve this was to extend FHA guarantees to pools of collateralized mortgages backed by multi-family residential housing units. In other words, Congress wanted to replicate the very dynamic that helped create the bubble in single family housing, which ushered in the financial crisis of 2008, the great recession, and left taxpayers on the hook after the bubble burst. As one of the few people who warned about the dangers of federally subsidized mortgages for single-family homes, I felt particularly qualified to warn Congress about repeating its error. At the risk of sounding egotistical, as a result of my unapologetic testimony the hearing turned into high drama. Entertainment value aside, the resulting event starkly illustrated some of the dense cobwebs that hang over the legislative process.

I have absolutely no objection to the idea that a healthy rental housing market is needed. However, I believe that market forces are sufficient by themselves to create it. The average American family now only has $7,000 worth of savings, which would not be nearly enough to afford a 20% down payment on the average American house. This means that most Americans should be renters and not owners.

Normally, these simple facts would attract investment capital to build affordable rental properties. However, these forces have been blunted by Federal tax and housing policies that have exaggerated the economic benefits of home ownership and have drawn excessive amounts of investment capital into that sector. To correct the distortions, the Subcommittee was considering, you guessed it, more distortive regulations. It never occurred to them to simply scale back the original regulations that are the root of the problem.

Critics of the free market argue that investors will ignore the needs of the poor. But Wal-Mart became stunningly successful by specifically targeting low to moderate income consumers. This success came without government guarantees or incentives.

Through a series of guarantees, loan assistance, and tax advantages, ironically it is the government that is ignoring the needs of the poor by encouraging them to buy over-priced homes. As a result they become trapped in perpetual poverty, as all of their disposable income is consumed by mortgage payments, property taxes, insurance, maintenance, etc. It’s much better to get out of poverty first, then buy a house when one can actually afford it.

The panel of eight witnesses, of which I was a part, was composed largely of representatives of the many interest groups who benefit from FHA multi-family loans, including home builders, mortgage bankers, state housing regulators, and tenants groups. I came to represent the interests of the common U.S. taxpayer who will have to make good any liabilities incurred by the Federal Government and who will have to live with the consequences of distortive government policies (as we have been doing so conspicuously in recent years). It was clear from my heated exchanges with the legislators that they were not used to hearing from this particular constituency.

My other co-panelists had two missions: curry favor with the congressmen and give them the ammunition they need to vote for a policy that they likely want to support from the start. I wanted to let them know that, despite the claims to the contrary, all loan guarantees expose taxpayers to risk and that the housing market would be healthier if the government left it alone. I brought to the table the frustrations of the American taxpayer who has grown weary of government’s urge to micromanage our economy and to fund their experimentation with our dollars.

When taking heat from these surprised congressmen, I couldn’t help but think back to the reaction I received when I went down to the Occupy Wall Street protest last year. Both venues were dominated by people who knew very little about how capitalism actually works or how the United States rose to economic dominance in the first place. One congressman stated his belief that a functioning home market did not exist before the FHA came into existence in the 1930’s. While such ignorance can be excused from scruffy protestors, we should expect more from our elected officials. The following exchanges illustrate that point:

Republican Congressman Robert Hurt expressed some appreciation of my economic positions, but even he seemed unable to grasp that my solution was not more regulation. Congress is addicted to the allure of doing “something.” Trusting free people to make rational choices is not considered “something.” They are addicted to the belief that if there is a problem, there must be a legislative solution. I repeatedly told the congressman that the best thing for government to do would be to “get out of the way,” and that the market could fashion a solution on its own. But his frustration in not hearing specific legislative proposals meant that I might as well have been speaking Swahili.

Even more troubling was the discussion I had with two democratic congressmen. Emanuel Cleaver, II, failed to grasp how government loan guarantees create unintended and often harmful consequences. Perhaps hoping to undercut my credibility by eliciting my opposition to federally subsidized flood insurance (a program that he likely believes to be beyond controversy), I explained how those guarantees cost society money by eliminating barriers that would normally prevent people from living in potentially dangerous flood zones. The congressman gave no indication that he ever considered these arguments. Brad Sherman then tried to explain that since Congress would always bail out homeowners who had been harmed by “front page disasters,” any policy that results in sharing the pain with private insurers should be considered prudent. I guess the congressman has never, nor will ever, consider a policy that involves short term political risk for the sake of long term economic health. In the end, that lack of political courage is a far bigger problem.

Credit in the United States is a limited commodity. Money loaned for one purpose is then unavailable for other purposes. Through its effort to take the risks out of home lending, the FHA has directed more credit into the real estate market than would have otherwise been the case. That means these funds are not available for other enterprises which may have put the capital to work in areas that may be more needed in the economy. I tried to convince the congressmen that siphoning even more money into the housing market is not the answer. They may not have listened, but I hope they got the sense that the political winds are blowing hard on their front door. 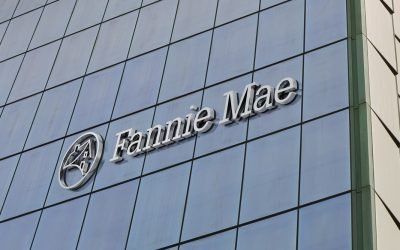 Government officials love to loudly proclaim the great benefits that tenants will enjoy by restricting and controlling landlords. The folly of their schemes will become clear when they discover that the landlord shrugged.